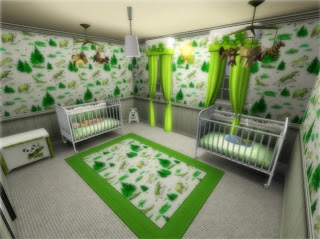 With a growing toddler and baby on my hands my days were as busy as ever. Jito finished up his training and was thankfully stationed at Sunset Valley, so we didn’t have to worry about moving. With the extra funds from our new revenue we were able to build the boys a room to share with enough room for them to grow into. We decorated in a lovely fox and bear wallpaper and white washed wooden panels. The carpet was lush and white although with two boys I do wonder how long it will stay that bright shade of white and for that matter if choosing white carpet for a room with two boys was such a good idea. We also had a contractor draw up some plans to add on a bathroom, which we hope to add on soon. 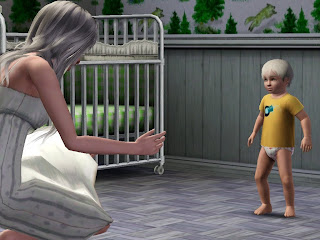 Minte was growing bigger and bigger everyday pretty soon he would be old enough to start attending school. I had adoringly have nicknamed him my little parrot since he tried to repeat everything we say. It seems to me that it wasn’t to long ago when he took his first steps. When he began edging along the couch for support I knew that day would be soon. So when he mastered the that I began to help him walk buy letting him support himself by gripping my forefingers with his tiny hands and steady him as he tried to walk. Eventually he didn’t need my help steadying and he took those first wobbly steps with a smile on his face that filled my heart with joy and pride. Hard to believe that time had seemed to pass me by and he would be starting school after his next birthday.


But of course I can’t forget about little Spearmint, my little roley poley little man. His smiles could light up a room. Speamint was such a good and easy baby, rarely would ever cry. Pretty soon he would entering in to toddlerhood. Everyday that it edged closer to his birthday I felt sadder that my itty bitty baby would be growing up and began to think that maybe it was time for Jito and I to talk about having another baby. 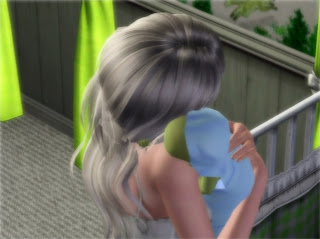 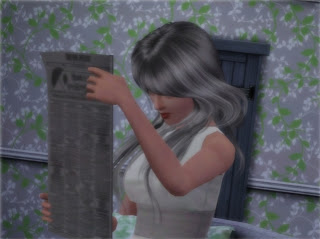 When I brought that idea up to Jito, he of course was on board for the idea. Jito was really doing well in his career in the military. Things were going good for our family when Jito brought me the paper one day. Blazed across the front page in large headlines was “Coconut Mallow to marry Leche Meringue, 300 year Civil War over.” Quickly reading over the article it stated that my younger sister was of age to be married and arrangements have been made to unite both sides of Sugaria through the unity of their marriage. I was unsure of how to feel about this, my sister going through what I had run away from. Jito pointed out that if she really didn’t want to go through with it that she would have left like I had. But I still couldn’t shake the feeling that I had condemned my sister to the life that I refused to lead. 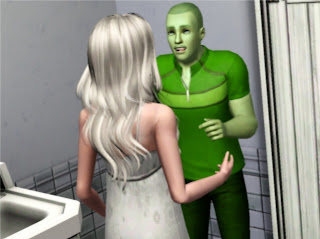 For the next few weeks until the wedding I went through things in a daze. I was so distraught that I didn’t realize that I was missing something until my friend Thistle asked me a simple question that stopped me in my tracks after watching me eat some icecream and spaghetti. “Vanilla are you pregnant or what?” It brought me straight back to reality and to the drugstore to pick up a pregnancy test. Back home I watched with excitement as the second line appear on the test that was sitting on the edge of the bathroom sink. I quickly called Jito into the bathroom and told him of our wonderful news. He was happy as can be. 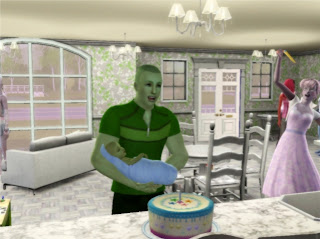 It turns out that this pregnancy seem to progress a lot faster than my previous making me wonder if I was carrying twins, however my doctor assured me with later pregnancies you begin to show a lot earlier. We decided to do a double birthday party since the boy’s birthdays were so close to each other. But at their birthday party I was already visibly pregnant so I thought I’d confirm the news to everyone that yes Jito and I were expecting our third child. But that still didn’t take the spotlight off of little Spearmint as his daddy helped him blow out his candles. 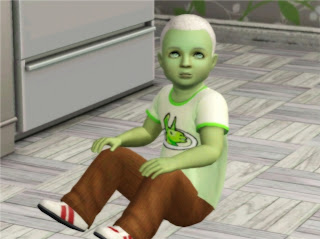 With his hair finally grown in he resembled me a bit more as his hair began to grown in white. His eyes stay their icy green that mirrored his father’s. Its hard to say right now who he takes after facially but I do believe while he might have Jito’s eye color he has my eye shape. 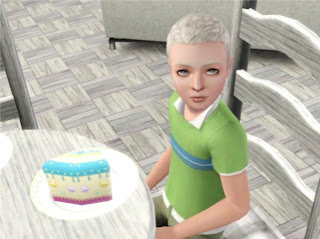 When it was time for Minte to blow out the candles Jito once again the ever so helpful father helped blow out the candles. Minte grew into being a handsome little boy, well not little he hates when I refer to him as my little boy since he says that he is a big kid. He is starting to look more and more like a Sugarian version of Jito with every passing day. Lately its been so hard to get him to come inside as it seems that he has grown fond of being outdoors and has been begging for some outdoor toys. 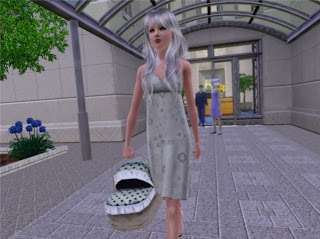 Not to longer after the party had past I went into labor a bit early. It was extremely scary and Jito ended up taking me to the hospital instead of going through with our third home birth. Thankfully everything and one turned out alright and we had not one, not two, but three surprises. First Crème was born, followed by Anglaise and then finally Sabayon.
Posted by cupcake at 2:33 AM