The following day after work Petronia promptly arrived at Lucy’s office. Lucy was unsually typing away on her laptop again. “Good, you’re here.” Lucy said as she noticed Petronia walk into the room. “Well hello to you too.” Petronia said back to her. Not even glancing up yet Lucy stated “We will be teleporting again and you need to take that package with.” With a slight roll of her eyes Petronia replied “I figured that much since Riverview is quite a drive away.” As she picked up the package on Lucy’s desk. 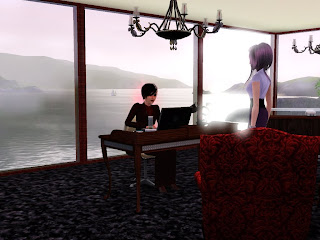 Shutting the computer off and closing her laptop Lucy got up and walked in from of her fireplace, Petronia followed her carrying the package. “You know I really hate this.” Petronia started to say as she got that horrible pulling sensation once again. 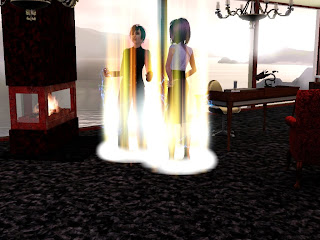 When they arrived in Riverview they were at the Simhendge, they quickly headed to Aeridaius’s house where they would meet up with Misericordia and Aurabella. When they got to there they saw that Misericordia and Aurabella were waiting for them. “Well its about time.” Misericordia said as they walked up to them. “It will happen when it happens, why Misery have you had some work done?” Lucy so daringly hinted at. “No I haven’t, can we just get this started?” Misericordia asked impatiently. “Yes we shall.” Lucy answered with a slight smile on her face. “Give Aurabella the package now” Lucy commanded. So Petronia tossed the package to her. “Watch it” Aurabella said nervously as she opened up the package and held up its contents. The dying light of the sun shone on the blade of the knife which was all but covered in tiny inscriptions. 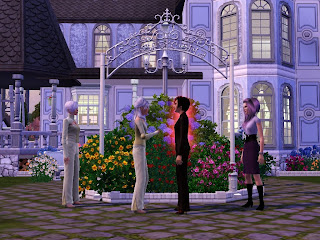 Then she quickly grabbed Misericordia’s head Aurabella lurched forward before Lucy sharply said. “Move any further and you’ll be next, she knows what has to happen in order for this to go through.” As she slowly drained Misericordia of her life. 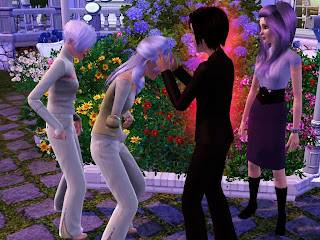 Then there was a slight shift in the air that anybody else but the three wouldn’t have noticed, followed by the clear distinct scent of death, a horrible cologne that was ever so popular with the Reaper community. Looking at the reaper Lucy said “Hello Norm, hold this one for me.” With a silent nod Norm agreed. Holding the knife carefully at her side Aurabella led the way into the backyard 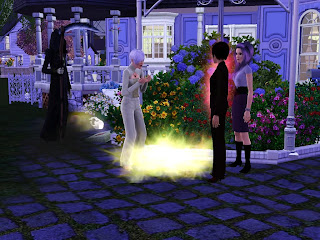 Rising from the table which Aeridaius and his wife, Auradellis sat he said with a slightly angered voice “I hope you have a good excuse for barging in like this. What ever reason why you are here can wait….” 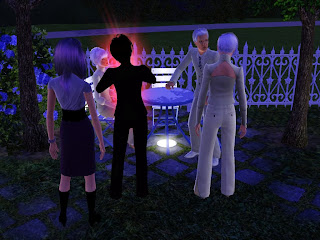 Aurabella did not wait until he was finish before she quickly plunged the knife into his stomach. 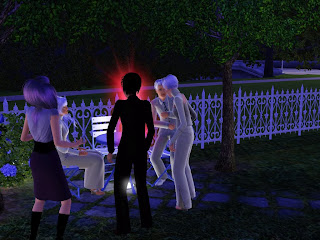 Gasping for air Aeridaius fell to his knees “Why?” He asked “Why is my best friend doing this?” With out the slightest look of sympathy Aurabella looked down at his before answering. “Because of you with her, my sister. I loved you before she even could say your name. You were not suppose to love her, you were suppose to love me. And as that cliché goes if I can’t have you nobody will.” She said as she twisted and pulled the knife out. Aeridaius slumped over falling into the stones in the grass. Auradellis quickly rose to her feet “Bella how could you? How could you do this?” She cried out. 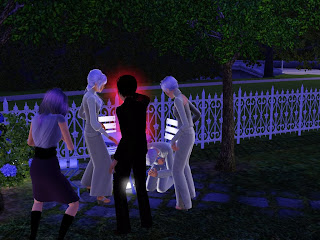 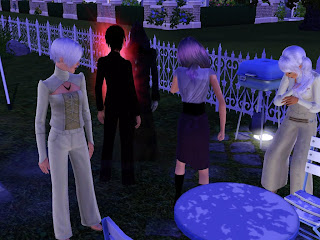