Berry Comp photos Assignment 3 & 4 and a side note.

Assignment 3
As part of the Berry Competition Fraise had to do a Couture Fashion show run by the fashiong designer Vaughn Ritter Sport. Her attire for the show might have been questionable but she felt confident that she could rock it. However as Fraise set to walk down the runway she lost her footing. As she began to fall grasping the air around her for something to grab ahold of one of the photographers captured this shot of her. 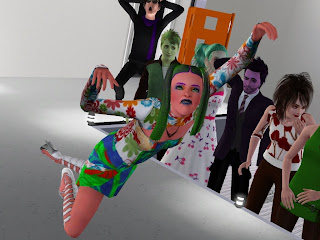 Assignment 4
Fraise was thrilled to hear that she would be playing the role of Jane Nichols in 27 Dresses, opposite the dreamy Toffee McBrittles. 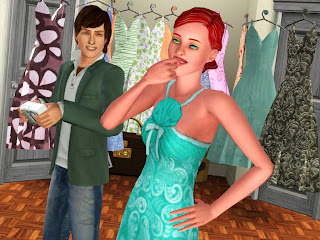 On a side note I should be working on one of my stories soon, which one I don't know. RL life has been busy having ups and downs with back to school nonsense and the Military not knowing how to make it's mind up. But rest assure I will start writing again soon or taking pictures since I do have an update written that needs pictures. Either way something should be posted in the somewhat near future.
Posted by cupcake at 5:58 PM