Sitting across from me was one of the last links my mother would have had to her homeland. After he had told me his name and who he was I immediately ushered him into the house. We sat at the kitchen table and he told me his tale of his power hungry father poisoning his dutiful mother when he was a toddler. After the truth of his mother’s death came to light how his grandmother as old as she was had taken him and fled back to the castle my mother had lived before her banishment. 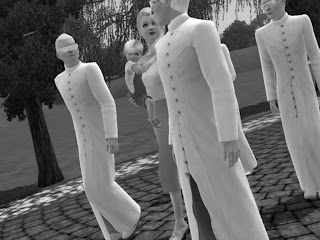 Her advisors and she had waged a war more vicious than it had been in the previous years. Lady Meringue was a woman scorned and wanted Coconut Mallow, his father to know her fury. “On her death bed she made me promise her that I would truly put an end to this war. And that end had finally come last year when I over threw my father’s castle, avenging my mother’s death.”

Castor ended his story calmly as he fiddled with one of his cufflinks. “I came here because my grandmother had spoken a name right before she passed away, of which I had never heard before. After she died and I had complete access to the archives I found that Vanilla Meringue the fifth was my mother’s sister, and that she had been banished to a property in Sweet Valley. So I’m trying to find out where my Aunt is” Castor had explained further. 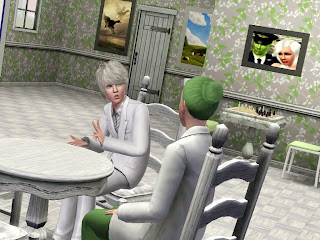 With a sigh I looked down at my hand that laid in my lap. “Vanilla Meringue the umm fifth was my mother. Unfortunately she passed away several years ago after my father was killed going to a meeting to avoid having anymore spill over from your war.” I said in a flat voice “I see, then that must mean you are my kin, my cousin. I can see a resemblance to the only picture of her that was in the archives” He said as he looked at me closer. 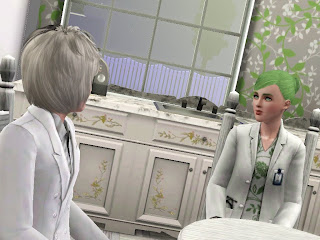 “Yes well, from what everyone says I’m the splitting image of her except for the color of my eyes and hair.” I replied as I nodded towards the picture that Sabayon had painted. Castor got up to get a better view of it. After studying it he murmured to himself “It really is her.” Afterwards he shook my hand and told me that it was nice to meet me. 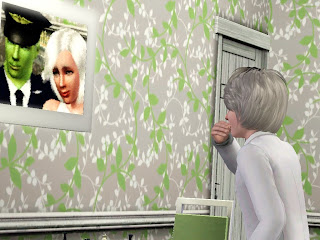 And as quickly as he had come into my life he had left. What the Fudgesicle. I thought. feeling a little confused about our meeting and his exact reasoning behind it. I guess he wanted to rule out my mother as a threat to the rights of their throne. Seeing how I was not a pure Sugarian and my mother had long past we were of no threat to him and his rights. My cell phone began to ring and vibrate disturbing my thoughts, looking at it I saw that it was Pumpkin that was calling me. 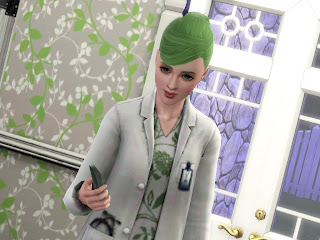 After answering Pumpkin told me that she had some news for me and Sabayon. “I’m pregnant! I’m just so excited, I have to tell everyone!” She said happily “I’ve been calling everyone one since I’ve found out this afternoon and I still have a lot of people to still tell.” After congratulations and small talk about her dues date and baby registrations we said goodbye. Pumpkin and I were practically due on the same date and she was letting everyone know. I began to wonder when I was going tell anyone. I knew I had to tell Punch sometime but I wasn’t sure when I was going to. 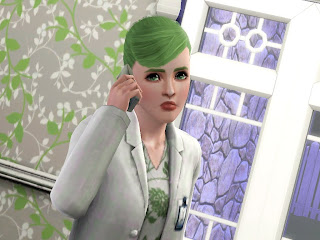 It wasn’t long before the morning sickness hit. I had yet to tell Punch everyday when I saw him I wanted to. It was always right there on the tip of my tongue but something always stopped me from doing so. I wanted to tell him but I couldn’t bring myself to do it. One day Punch had a surprise waiting for me when I came over to his house after work. There it was sitting on the counter top staring me down and challenging me. 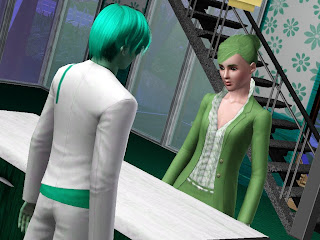 (Author's note: Sorry I couldn't find a key or anything to use in this picture. And since I'm not that handy with photo editing we just have to pretend that there is a key there. :o )


“What’s that Punch?” I asked my voice crackled nervously. “That is a key Crème.” He said simply without any hint of sarcasm. “A key?” I whispered “It’s a key to my house; I want you to have it.” He said while pushing the key slowly over to me as if I was some sort of animal that he didn’t want to spook. It was then I felt my pregnancy hormones takeover. “I can’t even handle having a drawer in your house but you think that I could handle a key? Seriously Punch a Key?” I asked feeling my temper rising “I just thought that you might...” Punch started to say before I cut him off. 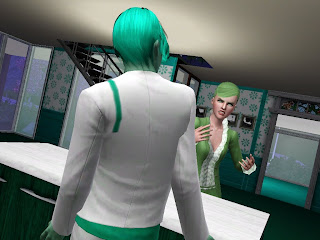 “No you obviously didn’t think. I’m done Punch I’m done.” I said angrily as I started to walk away “You’re done? What are you done? You refuse to have a relationship with me in the first place.” Punch shot back. “Oh and by the way I’m pregnant!” I said right before I slammed his front door, hoping the glass would shatter just like we just did. On the drive home I couldn’t believe what I just did, in fact I felt down right sick. As soon as I got in my front door I made a beeline for the bathroom. 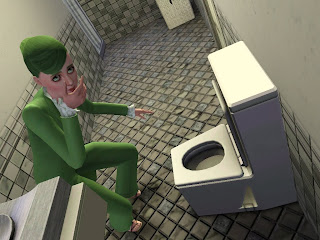 Punch and I rarely spoke afterwards at work, only if it was absolutely necessary. It hurt every time I saw him, I just wanted to put my arms around him and tell him that I was wrong about everything. But I couldn’t because I was terrified that he would get angry and reject me. Besides that I began against all of my medical training to fret like a first time mother. I had to pour over anything I could get my hands on, researching what was going on with my body, the baby and what birth would be like. 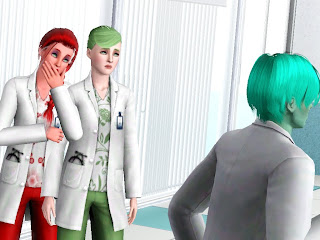 Eventually I had to go on medical leave and I found myself with what seemed and unlimited amount of time on my hands. I began visiting the hospital to have lunch with Fraise and a few other co-workers. Hospital may not be on the top of my menu but getting out and doing something was. One day over lunch it was just Fraise and me, I didn’t find it odd though figuring it was just because the others were busy enough with their patients but I was in for a surprise. “Crème I have to tell you something but I’m not sure how you’re going to take it.” Fraise said pushing the food around on her plate nervously. “Fraise just spit it out before you have to get back to work.” I replied as I ate my salad. It was slightly wilted but I didn’t care. After I got through morning sickness I found myself incredibly ravenous. “I think Punch is dating that nurse Cheesecake. I saw them last night together here at the bistro eating dinner together” Fraise said with a worried look on her face as she dropped the bombshell on me. 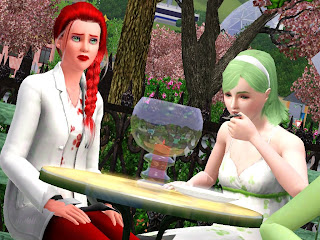