I was born to the world as Thorn Bitters, though over time I eventually got blotted out of my family tree as if I never existed by my own doing. Rebellion as always been a part of my nature, at every turn and any opportunity I made it my mission to defy my parents, my family and their ways. For most of my teen years they had hoped that it would eventually curb and I would be the kind of Bitters our family was known for. But that only made my desire to go against their grain even more insatiable. I was never going to be what they wanted, the obedient son. 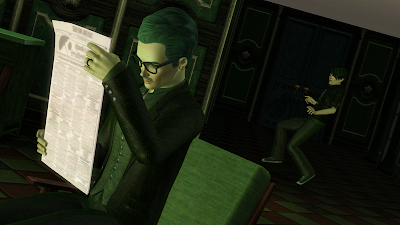 “Your father will hear of this Thorn when he gets home, mark my words.” My mother threatened her usual threat when I defied her while my father was at work. But this time was different, this time it was my future that was at hand. And though I maybe sometimes I might be a stereotypical lackadaisical teenager at times I abhorred having everything planned out for me without having any choice about it. 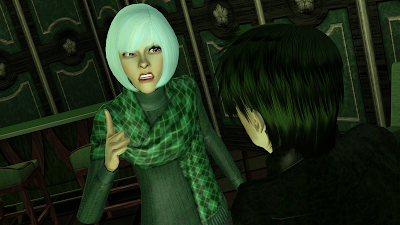 I had come home from school late like usual from detention to overhear my mother, the well-known Kiwi Bitters on the phone as usual. Normally I would have passed it off like I usually do but my name was mentioned one to many times for my liking and I could tell that it wasn’t a call from school. So I grabbed a bowl from the cabinet and a box of cereal from the pantry before nonchalantly sitting down while trying to look bored. 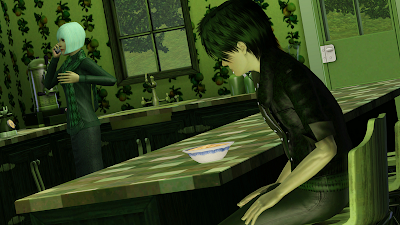 Pushing the cereal around in the bowl I listened in on her half of the conversation trying to not to alert my mother onto my eavesdropping. “Yes, well Thorn is seventeen now this time next year he’ll be interning at his father’s office….” 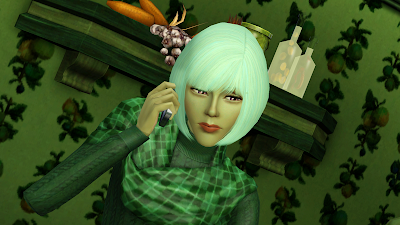 “……..”
“I’d say in 4 years’ time would be perfect. By then hopefully Thorn will be somewhat established or at least with his foot in the door. We’ll have plenty of time to plan…” 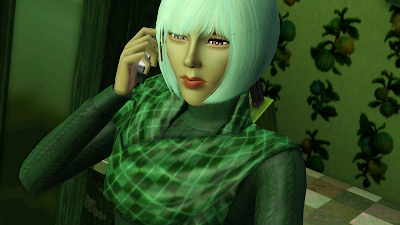 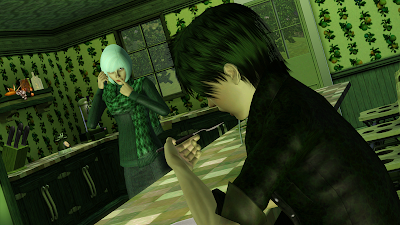 “A late spring one would be great, right before it gets too hot.” She said the last words slowly as she caught me watching her. As I stood up to put my bowl in the sink I could feel her eyes still on me as my mother spoke into the phone. “I think this weekend we will take you up on your invitation, you’re right its time they met.”

As she hung up the phone I could hear my little sister coming down the stairs with her school work to do her homework at the table as she did everyday around this time. “And just who am I meeting?” I asked as I followed her into the living room so my sister wouldn’t hear the argument that was sure to come, her heels clicking on the polished wooden floor the whole way. The dying sunlight poured through the tall windows that reached from the floor until the ceiling as night was beginning to approach and soon my father would be home. 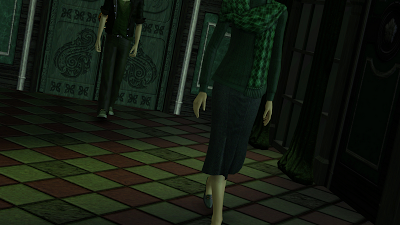 “Rosemary Bergamot of Briocheporte Bergamots, we’ll be visiting her family this weekend. You’ll finally get to meet your future wife. Who if everything goes well you’ll be married to in about 4 years.” My mother replied casually as she checked quickly checked her makeup in the mirror that hung in the hall. 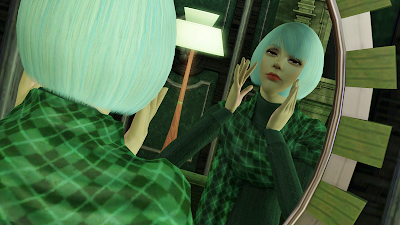 “Already? I’m not even out of high school yet. And I don’t want to have to marry some girl that I barely know let alone one that you’ve picked out.” I said in shock even though I knew for some time since my cousin’s wedding two years ago when I realized the sort of marriages Bitters had, that my time was running out. 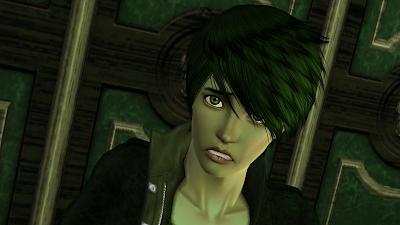 “You know this is our way Thorn. Every Bitters marriage has been an arranged one, your father and I were arranged as was your grandparents, aunts, uncles, cousins, everyone. If you think you have a choice in this you are very mistaken this is one thing you can’t rebel against Thorn.” Her voice took on a threatening tone as she said my name, warning me not to push the issue any further. But I didn’t want to meet some girl this weekend who was supposed to be my future wife that I didn’t want to even marry in the first place. For berry’s sake I was 17 I wasn’t supposed to be thinking of marriage. No I was supposed to thinking about how I was going to be breaking the strict no dating rule and taking Posey Petals out to “study”. 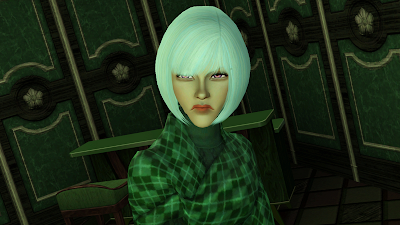 “Like fudge I’m not, I’ll stay be staying home this weekend. You can go meet her and tell her parents this is not happening.” I spat out as my mother’s face darkened and she threatened to tell my father about this when he got home. By now the warm light that had shone through the windows was gone and the room felt chilly and cold just as my parent’s relationship was with each other. 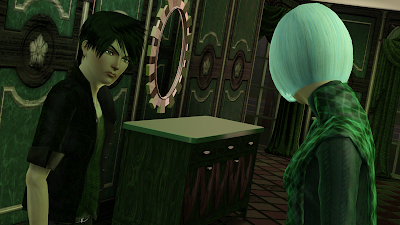 “I don’t care tell him in fact I’ll tell him.” I started out to say before my little sister Olive interrupted us “Mom can I have some help with my homework? I don’t get something.” 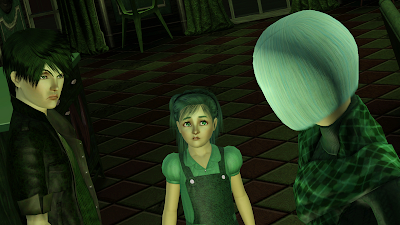 “Olive Bitters we are talking here. What do you do when someone is having a conversation with another?” Our mother asked her voice was sharp enough to make Olive shrink away a little as she started to mix a two drinks at the bar like clockwork, one to hand to our father the moment he walked into the door and another to have with him as they tried to top each other with who had the worst day. “Excuse me mom...” She began to say but was quickly cut off. “Excuse me Ma’am Olive.” She corrected not letting any sort of imperfection slip by as always. 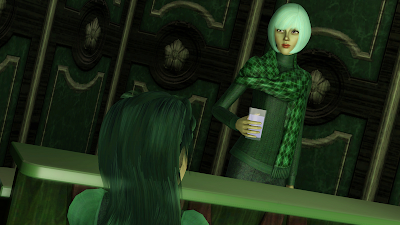 “Excuse me Ma’am” Olive started out again tentatively while she traced her fingers over the bars stool as my mother nodded her on “would you please help me with my homework?” 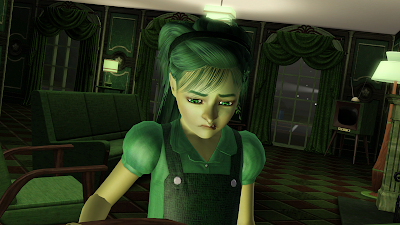 “No. Maybe if you paid more attention in school you wouldn’t need help.” Mother replied her voice as icy as always. “But she hit me! It wasn’t my fault!” my sister protested but I knew it was no use. “Here Ollie I’ll help you since I did mine all already today.” I said quietly before taking her arm to lead her back to the kitchen so I could help like usual. “Will you please stop calling your sister by that ridiculous name when she has a proper one.” My mother exclaimed exasperatedly as she slammed the cabinet door to the bar closed. It would only be a matter of time until Olive grew up and realized a few things about our parents and stopped trying with them like I had quite a few years ago. 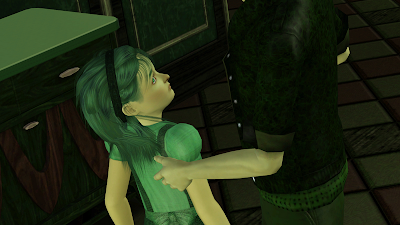 When my father got home my mother didn’t tell him right away until after dinner and Olive was sent up to her room to play before bed. But when she did his shoulders slumped for a moment as he sighed before he squared them and gave me a look that suggested that I should shut up and listen to exactly what he had to say. But like everything else I did, I didn’t and as I tried to sleep that night after we argued my words continued to ring in my mind as I tossed and turned. “I’ll never be what you want me to be.” 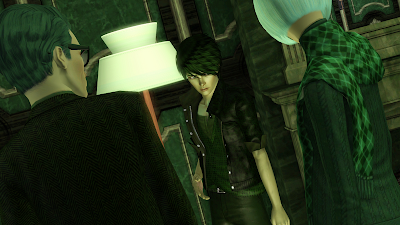 It didn’t take long before a thought began to form in my head. Ever since I was little I always toyed with the idea of running away and becoming someone else, I even had a new last name picked out. Prickles, Thorn Prickles. Just in case I ever did leave plus it kind of had a nice ring to it too. As I thought more about it and the future my parents had picked out for entailed, the more I couldn’t pass off the idea as a childish fantasy. 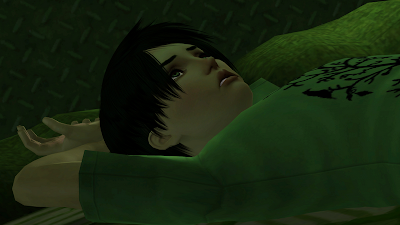 Getting up I reached under my bed and searched for the duffle bag I knew that was hidden somewhere under there but my hands only seemed to find the other odds and ends that were burrowed there. I didn’t dare turn on my light just in case one of my parents would see the illumination from underneath my door. Soon my hands felt the stiff canvas material of the bag and I quickly pulled it out and some of the contents from under the bed got dragged with it too but I didn’t care, when my mother came in here and found the mess I would be very far from here. 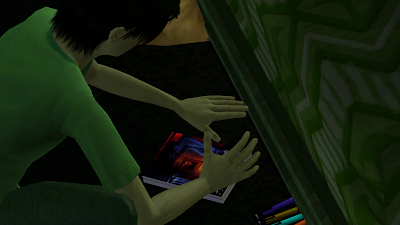 Packing didn’t take long, just grabbing a few necessities and all the cash that I had ever saved up. As adrenaline rushed through my body making my heart pound loud enough to echo in my ears and made me wonder momentarily if anyone else would hear it as I crept through the hallway and down the stairs to the kitchen to grab some food before I left. 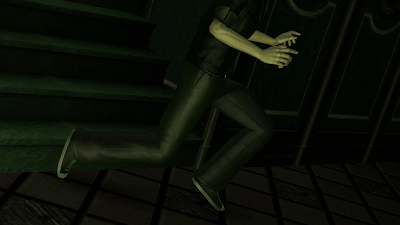 Pilfering the fridge for items that might stay good for some time the unnatural light in the dark room nearly blinded me as I heard Olive’s voice whisper behind me. “Thorn? What are you doing?” 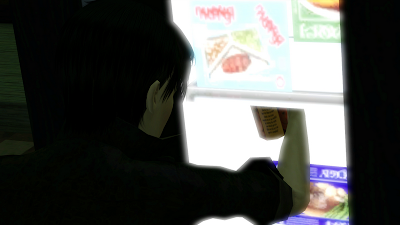 Turning around I faced the only thing that could ever make me regret my decision. Olive stood there in her pajamas with an empty glass in her hand and a bewildered look on her face. She was only a child and knowing her future made me hate our family with their ways even more. “I’m leaving Ollie.” I whispered back to her as her eyes widened. “You’ll come back though right?” She questioned fearfully as she glanced up towards the ceiling where our parent’s bedroom was the room right above us. 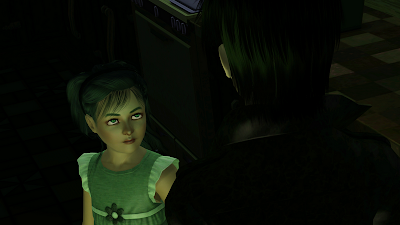 “No, I don’t think so.” I answered as I shook my head barely able to look at her heartbroken face. “But… But you can’t leave!” Olive exclaimed as she raised her voice and I instantly motioned for her to keep her quiet. 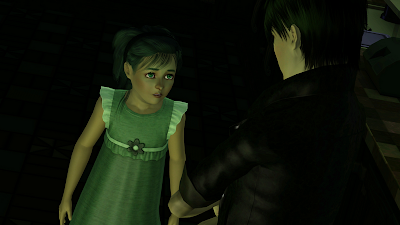 “Ollie when you get older you’ll understand why I have to do this” I tried to explain to my sister as I fell short of words to say to her before she asked me another question “Where will you go?” 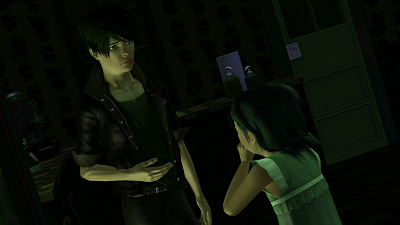 “I don’t know yet, anywhere but here. I heard of a town called Huckleberry Sprigs that’s nice maybe I’ll check that out.” I answered as I opened the door hesitating for a moment before I left and said. “I’m sorry Ollie but really you’ll understand one day why I am doing this and I hope you remember that you do have a choice no matter what they tell you.” 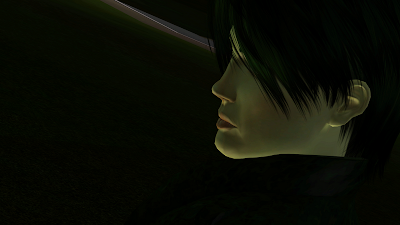 Into the dark and silent night I left with a glance over my shoulder I could see Olive’s sad face at the window illuminated only by the hall light before she disappeared and I began to run. 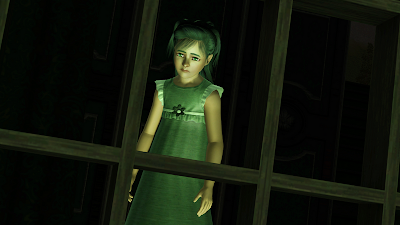 I didn’t know where I was going but I knew that it was a better place than what I was leaving behind. No longer was I a Bitters but someone with a brighter future as a Prickles. 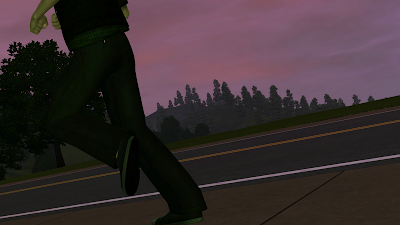 Fight or flight, in a family like mine sometimes fighting is taking flight.
Posted by cupcake at 12:11 PM