“So why don’t you start out by telling me a little bit about your childhood Fallon?”


Ahhh childhood, remembrance could be a sweet as honey or as bitter as the sourest lemon. “My mother, Mamuna never liked children and having one didn’t make her like them anymore. I was rather put up with than wanted. From an early age I began to understand that. Most of my time was spent at someone else’s house or by myself at our home. It was not because my mother was horrible or anything but rather because she was never home. Or actually in her mind she never really had a reason to stick around yet.” 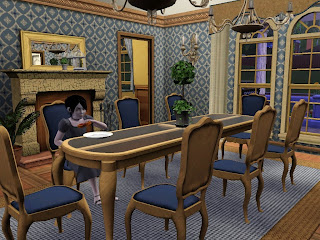 “It wasn’t until I was a teenager that she and I ever really bonded. Even then it was not really ever mother and daughter time but her teaching me. You see even though my existence during childhood was of no importance but rather an inconvience. When I became a teenager that all changed. I was suddenly the pupil and then I had all of her attention.” Fallon paused before continuing 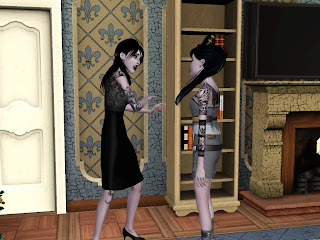 “Is this what you want to hear so you can interpret what I say into some psychobabble nonsense?” demanded Fallon to the unchanging face of Dr Pagani.

Sighing“Fallon behave, now that was an interesting beginning and I was hoping that we would be talking about your personal life as that is why we are both here.” Spoke Dr. Pagani seriously before continuing “Now that you’ve told me about your mother you can tell me about your father Nicodème.”

“Nicodème, my father? What is there to tell? Shall I talk of how when he was around he treated me like any other father would? Or should I talk about the fact that I am just one of many of his offspring?” asked Fallon 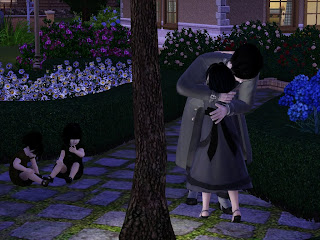 “Talk about whatever you want Fallon. If you’d rather not talk of that then why not tell me about what happened yesterday.” Assured Dr Pagani “Yesterday? Why would I even want to talk of yesterday?” Fallon questioned sharply rising to her feet. 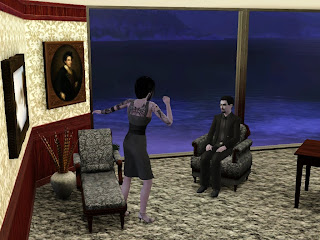 “If you’d rather not talk about it just yet….” Dr Pagani started to say before Fallon cut him off “No I’d rather not talk about that, not now not ever.” She said walking towards the door “ Fallon come back and sit down, you still have 45 minutes worth of time left.” said Dr Pagani motioning to the chair. “No, I am not sitting down and discussing what happened yesterday. I am leaving and there is nothing you can do about it, nor am I coming back.” Fallon shot back as she started to close the door. “Oh you’ll be back, since you have to come back.” Dr Pagani said right before the door slammed. 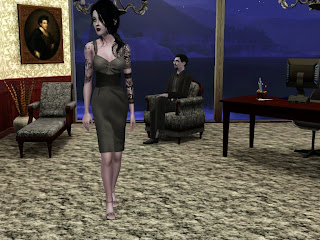