“So you’re back I see.” Dr Pagani said as Fallon walked into his office. “Yes I am, but only because I am being made to not because I want to.” Fallon retorted. “Someday I’ll miss this witty repertoire that you have.” Dr Pagani said motioning for Fallon to sit before continuing on “I thought today would be a clean slate, that we would start over. I won’t pressure you to talk of that day but you’ll have to talk about something because otherwise this time is wasted. So since we went over your childhood, your parents, a little bit of your early teenage life what’s next? What did you do after you graduated from school?” 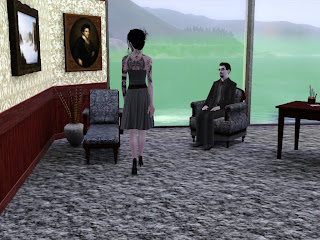 “After I graduated from school just a few weeks after my 18th birthday I was to spend at least the summer at my father’s château working for Tolie. A charming place really, in the country side of France. Far enough from the city that it was pleasantly quiet but close enough that you could see the lights at night. But I am getting a head of myself. Even before I left I knew that I would never see my Mother again. I don’t think she wanted me to be around for that time anyway. I wish that I could say that saying goodbye to her was hard but that would be a slight lie. As it is not like I would never see her again since we would see each other when it was time for my retirement to the underworld.” 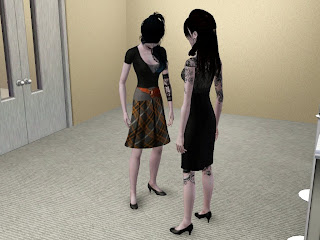 After a horrible airplane ride being stuck in between two wretched creatures, I arrived in my father’s homeland. 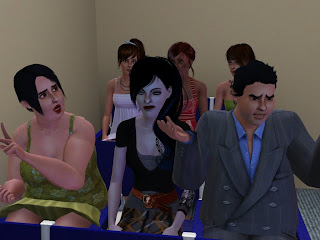 (Horrible Attempt at an airplane type shot)
I was greeted at the gate by an old friend of the family. His name was Dorian, an old girlhood crush of mine, that was in charge of watching over my father’s estate for me in my absence. 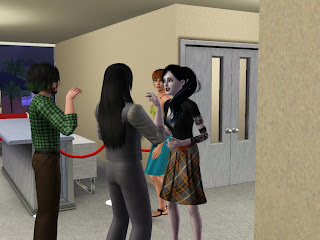 “Dorian.” Fallon said with a coy smile creeping across her lips “Fallon, it’s been too long; you should really come here more often.” Dorian said embracing her. “I know” Fallon sighed. “I can only imagine that its been a long flight so we won’t waste any time here, this is your chauffeur and grounds keeper Morty.” Dorian said motioning to the man beside him before he took her arm to help lead her through the crowded airport. 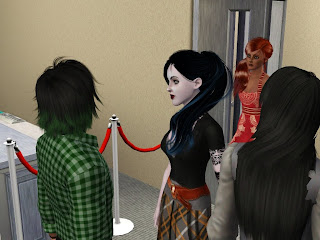 Arriving at her father’s estate Fallon felt a sense of calmness wash over her. The sight of the beautiful house that had been past down her family through out the centuries sent a shiver of pride through her usually cold heart. Finally she thought finally I am home. 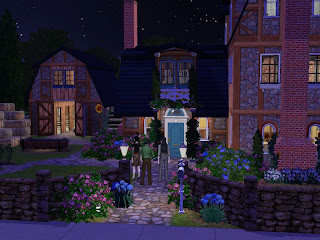 Stepping out of the car, she looked around. “It is to your liking Miss?” Morty asked her. “Yes, it is,” Fallon said stealing a look at Morty. 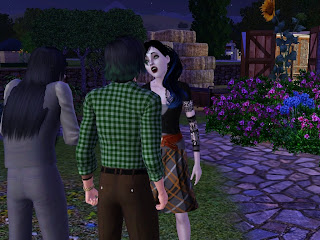 Thoughts of Morty working in skimpily clad outfits danced through her mind. 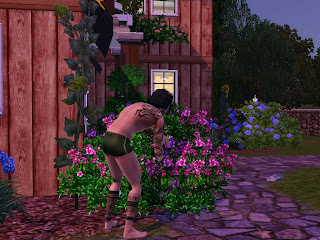 “Morty will you please take Miss Fallon’s luggage up to her room for her.” Dorian said, breaking Fallon from her thoughts. “You must be famished and tired after that long flight.” He said continuing on curiously watching her. “Yes, let’s go scrounge up some food in the kitchen. And you can tell me where Ivy and Laurent are, since obviously something else is more important than my arrival. After all it’s been over a year since I saw either of them.” Fallon said with a slight pout as she led the way. 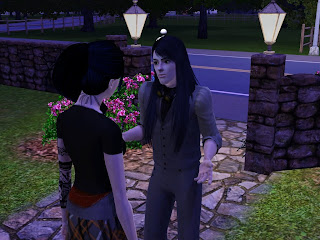 It wasn’t until after Fallon had finished her meal that Laurent and Ivy came home.


House was made by Ruthless_kk and Airport was made by Camimh
Posted by cupcake at 10:08 PM