As I sat in the cab outside my new home one word kept coming to mind over and over, mind numbingly taunting me. Small. This couldn’t be my new home. I mean I knew I had angered my father enough to banish me but to be sent to this? Stepping out of the cab I smelled the scent of the distance surf carried on a light warm breeze. The bright sun glinted in my eyes, shielding them I continued to stare down the house delaying entering as if it kept the reality of it all from sinking in. The cabbie carried the bags to the door, pulling out a set of keys from his jacket he unlocked the front door giving me a better chance to peak in with out leaving the safety of the sidewalk just yet. 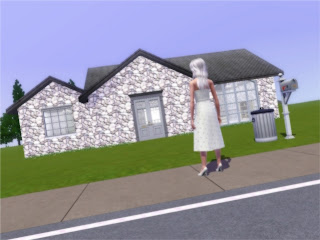 I watched him put the my trunk and other luggage inside, the only remaining pieces of my life besides this house and my name that would ever connect me to my family. The family that I had angered and disappointed so much that I, Vanilla the fifth, the first born heiress to the Meringue family would be banished from my homeland Sugaria. Off I would be sent to the melting pot of Sweet Valley. On the cab ride over I had been able to marvel quietly to myself behind my sunglasses about the inhabitants and the town. Colors of which I’ve never seen before flashed in front of my eyes. Until then all I had ever known was shades of grey and white.


We drove past a lovely mansion of a shade that I had never seen before arriving at my destination. “You can’t be serious?” I exclaimed as I whipped the sunglasses off my face when we finally came to a stop. “Miss Meringue we are here, I’ll be unloading your belongings into the cottage as Lord Gnocchi ordered. After which I will leave you to your new home and return to Sugaria.” The cabbie stated seriously as he opened the door leaving the car running before he stepped out. Thoughts flooded my mind as a began to stare down the house, only momentarily interrupted by the driver’s door closing. 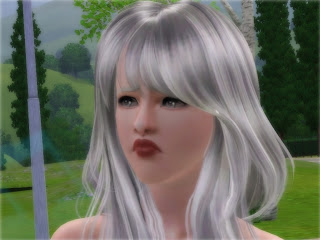 “Miss? Miss here are your keys to your new home.” The cabbie said rousing me from my thoughts as he gently placed the set of keys into my hand. It was then as I looked at the keys in my hand I heard the sound of a car door slam shut and drive away that I realized that this was really happening. I was really banished, never to go home again. My father would never be moved by the sight of my tears and revoke this punishment as he had with so many other menial troubled I had gotten into. Numb to the rest of the world I walked into the house clutching the keys in my hands.

Inside I found all the basic necessities a decorated in a comforting array of white and grey. The thoughts of small came echoing back as I realized that there were only 3 rooms to this house

A common living space which made up the kitchen, dining room, and living room 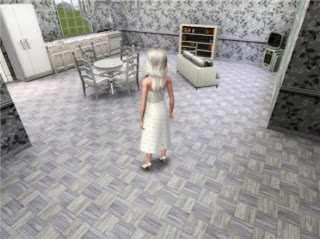 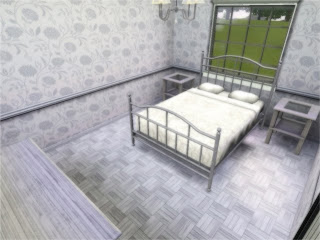 Walking back out to the living area I eyed my belongings that were carefully placed by the doorway. With the sun setting I made up my mind that I would not to unpack as it was something that I had never done and I had had enough of firsts today. And I tried to comfort myself with the thought that maybe I would only be here for a night and not the rest of my life. Yes I thought to myself with a smile beginning to form This can't be forever. 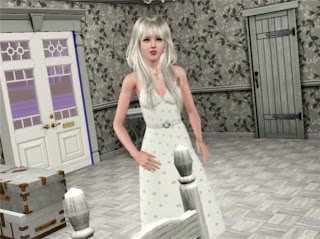