Later that week Lucy stopped by, before she even crossed the threshold she gave Petronia a weird look. “You’re pregnant again?” She asked “I’m not pregnant.” Petronia assured her. 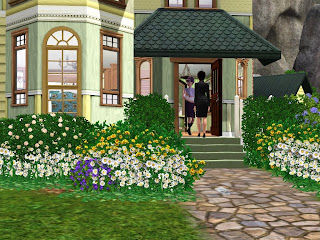 Sitting down in the family room Lucy once again looked Petronia over and said “You are pregnant.” At that time Sonia began to cry. “Excuse I’ll just put her upstairs since its time for her nap.” Petronia said as she left the room. 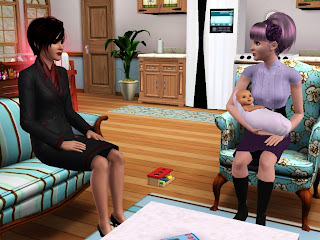 Sitting back down Petronia faced Lucy “How is she going to do it? How will she over throw Aeridaius?” Petronia asked her curiosity winning out. “Well I suppose she has been over the old legends and such and found herself the only loophole.” Replied Lucy. “Which is…..??” Petronia prodded. “Well you know how we are immortal until we have kids then we slowly become human so that we may die a “natural” death while our offspring reap all of our abilities? Well there is a way to make us human or rather a boss human with out them having any offspring. But you need the help of the other boss in order to do it.” Lucy slowly explained with a smile while Petronia’s curiosity amused her. “In order to make Aeridaius human there has to be someone that will absorb all of his powers, someone that has to be born or born again otherwise someone that has to be brought back from the brink of death. Misery already has a teenage son so she is already practically a mortal. She wants us to aid in bringing her back so she can take what is Aeridaius’s and become the new Empress of everything good. If she crosses over too far she’ll lose it all and that’s why she need me to have to reapers hold off until it is complete.” Lucy finished 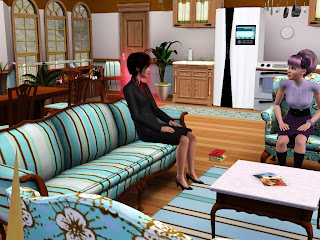 Standing up and moving into the kitchen to prepare some lunch Petronia asks “How does she know that she will be able to get what she wants, can’t it be absorbed into someone else?” Sighing Lucy explains “ The only one that is able to get Aeridaius’s powers is either his child, which as you know he has none yet. Or someone that was next in line to inherit them like Misery.” Petronia hands Lucy a plate of Ratatouille. 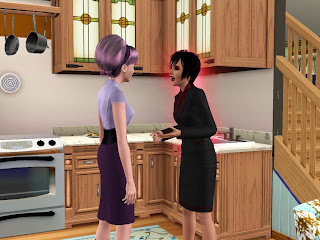 Sitting at the table they continue their conversation “And you are really going to help her in all of this?” Asked Petronia a little shocked. “Help her kill Aeridaius? No, hold off the reapers for her maybe.” Lucy Admitted “I’m not the one that will take Aeridaius’s life while Misery slowly gets closer to the brink of death, that will be the one closes to Aeridaius and the only one that can do it Aurabella. See there is a trick to everything. Only the one closest to the boss can kill them or as the legend says ever so nicely “Let them free” In my case that would be you and I should hope no one has come to you with this sort of request before?” Lucy joked. “Pffftttt” Petronia answered and then wondered while she picked up their plates. “I wonder why Aurabella agreed to it or why she even wants to do it.” Looking at Petronia Lucy answered “Only Aurabella knows.” 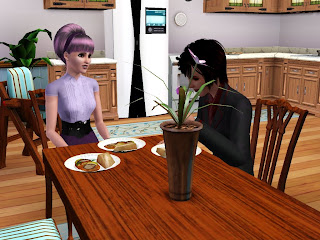 While washing the plates Petronia’s stomach began to turn. “Hold on I’ll be right back I need to use the bathroom” She said as she dashed off. “I knew it you are pregnant again.” Lucy shook her head laughing. 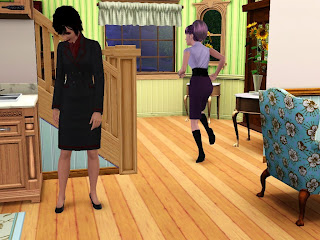 Coming back into the kitchen Lucy saw Petronia had put on her mandatory maternity wear. “See I knew it I knew it.” Lucy exclaimed. “Well I guess its about time for me to start telling everyone, I was hoping Xiang would have been home by now so he could be the first to hear but I guess you’ll have to do.” Petronia tease. 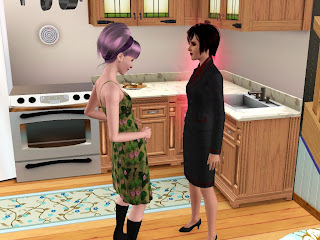 “Aww thanks I’m so honored to be the first to know, it will be our little secret though. I won’t let Xiang know until you’ve told him” Promised Lucy as she said goodbye. After Lucy had left Petronia felt a bit tired, she looked at the clock and saw she still had enough time left in Sonia’s nap to take a nap herself. 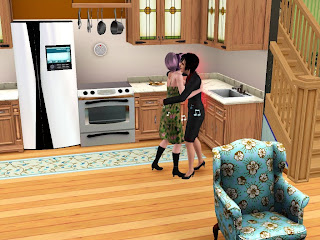