Early the next day Fallon stopped by Petronia’s townhouse. “So what brings you here today?” Petronia asked over waffles. “Can we eat first besides I want to know if you figured out Lucy hinted towards last night?” Fallon asked with a smug smile. “Yes I did as a matter of fact and it did help me out a lot actually. I wouldn’t be able to tell you the news that I have now.” Petronia was now the one with the smug smile. “And news might that be I wonder?” Fallon asked. “That I am getting married.” Replied Petronia. 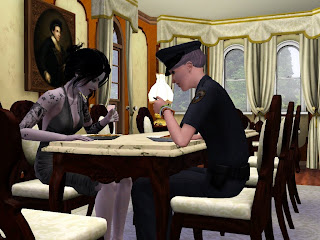 “Marriage? The domesticated life? Petronia you disappoint me. Although I don’t know why I expected anything else, have you told Her? ” Sighed Fallon. “Yes Lucy knows and she is happy for us. She also has requested your presence” Petronia mimicked Fallon “When we go dress shopping” Petronia said with a giggle. Making a face Fallon replied “But of course, what else would our Empress of Evil want to do” Clearing her throat Fallon continued. “I want to thank you for the lovely waffles. But also I’ve come here to ask you a favor. As of this morning I found myself in a predicament and I need somewhere to stay temporarily until I can acquire a new dwelling.” 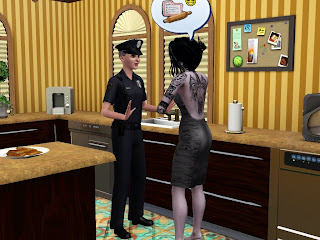 “Oh no, no, no. Fallon not right now, I have a wedding to plan plus Xiang and I haven’t really talked about what the living arrangements will be after the wedding. Since I just asked him last night.” Admitted Petronia. “Well then think of it this way by the time the two of you tie the knot and you still have yet to decide your living arrangements I’ll will already be gone living in my new place.” Promised Fallon. “Fine, but please don’t cause any problems. I have to get to work, don’t make yourself to much at home.” Petronia agreed before she left. 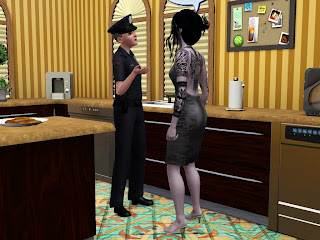 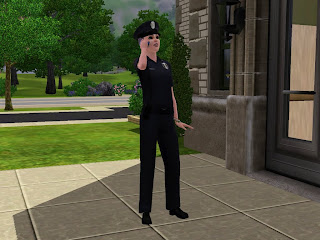 Later on that day after Petronia got out of work she received a phone call. Looking at the ID she saw it was Xiang, with a smile she answered it. “Petronia what are you doing after work?” Xiang asked after saying hello. “Nothing much besides maybe helping Fallon get settled in since she needed a place to stay.” She replied. “Well then, how about you stop over my place afterwards. I’ve got some big news to tell you… Ummm Fallon she is the one that is a um … right? ” Xiang asked “Yes she is, but you don’t have to worry about her. Tell you what how about in and hour I’ll be at your place?” Suggested Petronia. After Xiang agreed, Petronia quickly sprinted to her car.
When Petronia got home she quickly changed and headed over to Xiang’s townhouse eager to hear his big news. After greeting each other Petronia complemented Xiang on his new suit. “You are look at the new Vice President.” Xiang told her. “Xiang wow, that is wonderful, congratulations!!” Petronia said proudly to him. “This calls for a celebration, not just any celebration but night out on the town. We will go to a fancy restaurant and go to the symphony. I’ve made the reservations and bought tickets after I got off the phone with you. So let’s dress to the nines quickly and get going.” After Xiang had said that they both went to working on getting ready. 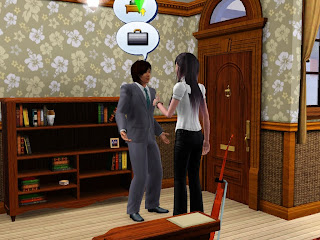 At the restaurant Xiang just had to complement Petronia on how great she looked tonight. After looking at the menu and realizing that neither of them could read Simench, they decided to just point at random menu items to the waiter and hope for something that tasted good. Surprisingly they had managed to order a hotdog and cheesesteak. They both wondered to themselves WTH kind of Simench restaurant is this?, looking warily at their food. 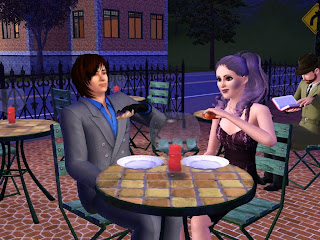 After finding out the food was actually really good they started to discuss the wedding. “So do you want a large wedding or something private?” Xiang asked “I’m not sure yet maybe something in between.” Petronia replied. 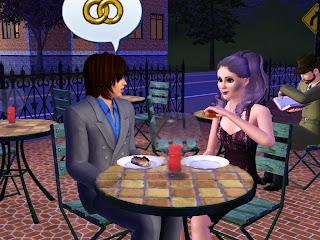 “I am however going to start looking for a dress. I’ve invited a few good friends to go out tomorrow to help me find one.” Petronia said 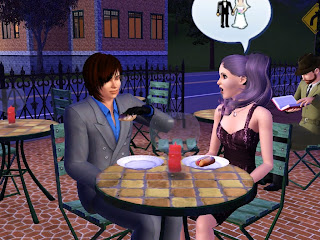 “Hmm well while you’re doing that I’ll hit up the gym. Maybe we can get dinner later on?” Xiang said. After a few more bites of food they were done eating, looking at the time they realized that they would have to skip desert if they wanted to make it to the show on time. Quickly taking care of the check they were on their way to see the symphony. 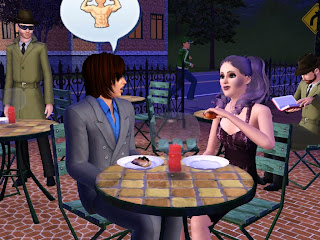 “I hope we are not too late, it looks like everyone is inside already.” Petronia said a little bit nervously as they quickly walked into the theater. “Don’t worry we should be fine.” Xiang said assuring her. 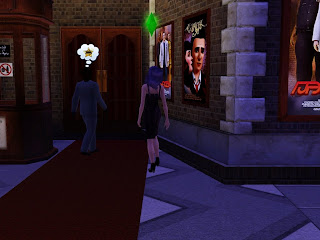 After the symphony they hung out around the theater joking around and doing impressions of celebrities before deciding to walk back to the townhouses. 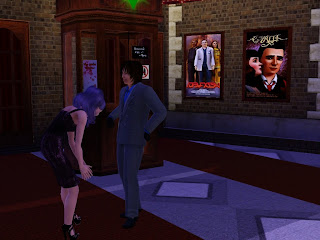 When they finally made it back to their homes it was really late. “Xiang I had such a good time tonight as I always do when I am with you” Petronia said while looking into his eyes “Soon we won’t be saying our goodbyes at the end of a date. Instead we will be saying goodnight as we fall asleep next to each other.” Xiang said quietly as he pulled her close. 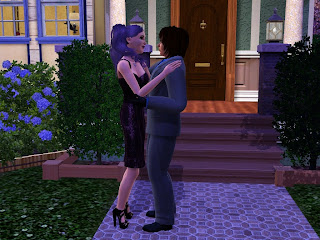 “How wonderful that would be.” Whispered Petronia as he kissed her. 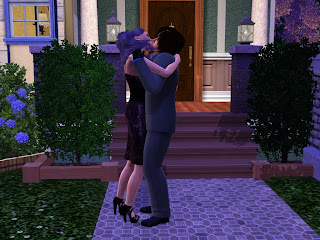 Suddenly the front door opened up and there was laughter. “Look it’s the happy couple.” Fallon said to her friend. “Fallon I told you to behave.” Petronia warned then with a sigh she said to Xiang. “I guess I better be going, the sun is just about up and if Fallon is just having someone leave then it must be then now is a good time to get some sleep.”

“Don’t worry, as I said soon.” Xiang said with a laugh as he kissed her goodbye. 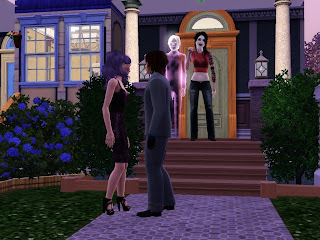