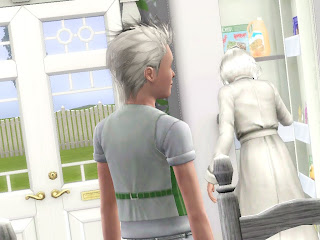 It was yet another Monday morning and I was rushing to pack the boys their lunches. Peanut butter and Jelly for all. I thought to myself as I started to pull out a loaf of bread from the cabinet. Quickly I scurried over to the fridge and began rifling through the assortment of edible fare that filled it to find the strawberry jelly when a voice from behind me spoke up. “Hey mom, I’m not going to be coming home today after school.” Minte said trying to catch my attention. “Oh, are you going over a friend’s house?” I asked pushing around the condiment bottle before a red jar behind the mayo caught my eye, grabbing it I finally began to work on those sandwiches. “No I got a job.” Minte said shortly. 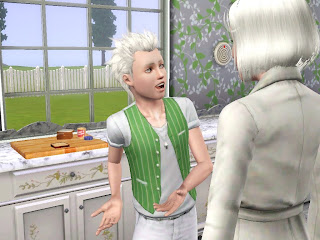 “A job? Where?” I asked immediately looking up from the sandwiches. “It’s at the Bookstore in town. I figured it would be a way for me to make some extra money.” Minte admitted while shoving his lunch into his bag before giving me a quick peck on the cheek. “Let me know how your first day goes when you get home.” I said giving him an encouraging smile. “I won’t be home till late or atleast until curfew. I’m going over Thulian’s house after work to help her with music theory class.” Called Minte as he walked out the door to catch the bus. That’s the third girl this week that need help in that class. I ruefully thought to myself mentally making a note to talk to Jito about this, before Spearmint broke my thoughts. 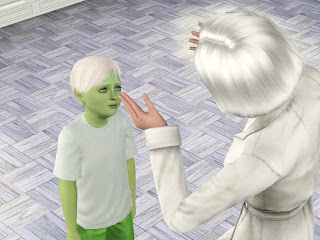 “Morning mom, bye mom.” Spearmint said grabbing his lunch as he tried to dash out the door before tripping over his feet. I quickly helped him to his feet and put his lunch into his backpack. “Don’t forget you have a Dr’s appointment after lunch, remember to give you teacher your note that I’ll be picking you up.” I reminded him “I don’t want to go to the doctors; they’re going to make me get glasses.” Spear complained “None of that, the appointment has been made. Besides you need to get going that bus isn’t going to wait all day for you.” I said firmly while walking him to the door to see him off.
Later on that day at the doctor’s office after a quick eye sight exam much to Spear’s disappointment it was confirmed that Spear needed glasses. But his disappointment was fleeting as he got to choose a pair of glasses. To my surprise he chose a thick pair glasses with rims a shade of dark green that they were almost black. When he put them on for the first time I could help but giggle and ask him if he was sure that, that was the pair he wanted. And wouldn’t you know he insisted that they were. When we got home later he proudly showed them off. 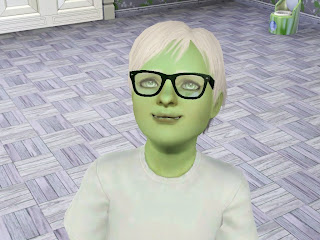 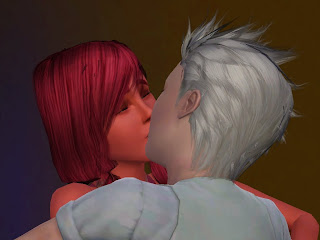 We had just settled the kids down for the night when there was a sharp knocking at the door. Through the glass I could see Minte and an angry Slate Grayson. “Slate is something wrong” I asked after I had greeted him and invited him in, I looked at Minte who would not meet my gaze. “Vanilla, I am sorry to disturb your family and you at this time, but we have a matter that needs addressing immediately.” Slate said in a serious and angry tone. “Is everything alright Sergeant Grayson?” Jito asked concernedly of his subordinate as he rose to his feet from the couch. “Well tonight when Sweet and I had gotten home from dinner out we discovered Minte and Thulian in her room heavily kissing.” Slate said darkly while looking at Minte. “Well we’ll take it from here Grayson, don’t worry I can assure you that this will never happen again.” Jito said while motioning for Minte to go sit at the table. After Slate had left Jito and I sat down with Minte and had a very, very, very long talk.
Minte was not the only one that was growing up too quickly before I knew I had blinked and it was time for the triplet’s birthday. My little girls were growing up so quickly before my eyes, it seemed like it was only yesterday when the doctor had told me that I was having three girls. They have grown so much since the day that we brought them home. 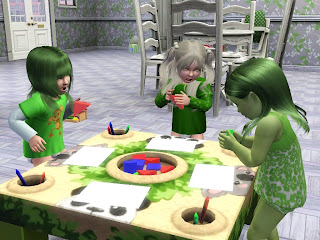 Crème the eldest was always in the lead when learning or discovering things, Jito swears that she must be a genius. She was the first to blow out her candle and embark on to being a child. 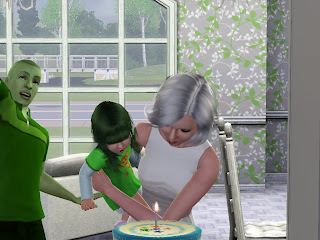 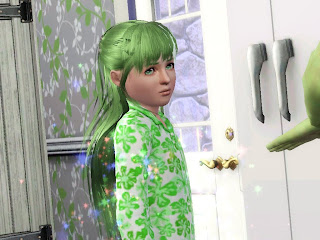 Anglaise was our easy going and able to take anything in stride toddler. Friendly and always making new friends with any visitors we had or even at the park. Her eyes would light up though at just about anything, whether it was large or small, sparkly or dull, she was impressed. 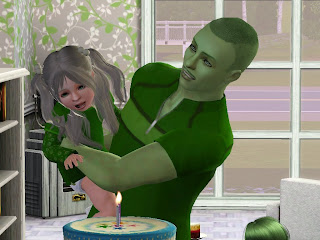 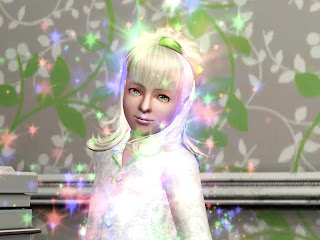 Little Sabayon had just stared down at her candles, their constant uneven flickering of the flames began to unnerve her and she began to breath in and out quickly. After a moment or so of staring down the candles she let out a terrible cry and refused to be anywhere near the cake. In fact she would not be calmed if that cake was in pain sight, so into the fridge her cake went. 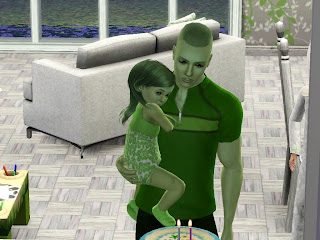 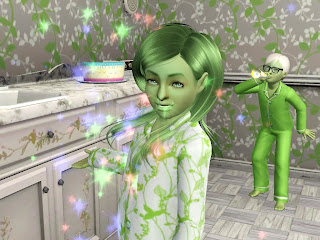 The girls were so excited to be starting school. For years they had curiously watched their brothers dash off for the school bus. Now it was their turn to go to school. After a bit of supply shopping and a few new outfits they were ready as can be. After excited trying on outfits and decided on the perfect ones I couldn’t help but wonder if it was like this now how would they be as teenagers embarking on their first year of high school? The night before I don’t think any of them got any sleep, giggling back and forth and talking in hushed tones. I had to remind them a few times that they had an early day tomorrow and that their father had an even earlier one. 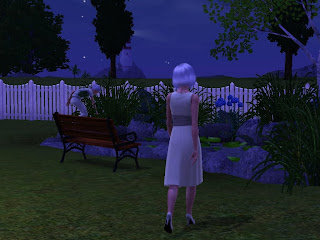 One Sunday while coming home from work I spied something different about my yard. Our once sparce yard with only a fence and swing set had a new addition of a small garden and pond. Going around to the side of the house I unlocked the side gate and stepped into the backyard. I saw Minte arranging the plants around the pond and packing the dirt around the bases firmly. He stood up and wiped the sweat from his brow before noticing me. “So what do you think?” he tried to ask casually but I knew he was excited to hear whether I liked it or not. “Its beautiful Minte” I said looking around taking in all of the plants and foliage. “The pond is not stocked yet though.” He admitted disappointedly. “But it is beautiful Minte, I can’t believe you did this while I was at work.” I said proudly. “Its not finished yet, but it will be soon once I get paid again.” He said as he wiped his hands off. “You paid for this all on your own?” I incredulously asked feeling my eyes widen as I looked over the garden and pond again. “Yeah I figured I’d fix up this part of the yard and dad said it would be alright. Besides being ground it’s not like I have anything to spend my money on anyway. So I decided to create this little outdoor sanctuary. Somewhere that I could go to, to get away from everyone after curfew.” He added sheepishly and I knew what he was thinking that ever since the arrival of the triplets our house was not only a little rowdy but full.
Posted by cupcake at 11:27 AM