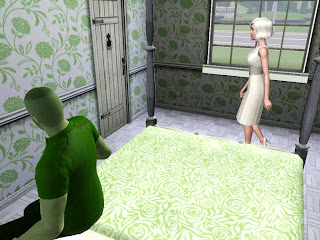 Looking at the calander I counted the days and as I thought I was late. Late as in not on time late. Late with 5 kids, three of which were triplets late. Quickly glancing at the clock on the wall I had about a half hour till the kids and Jito would be home. Sighing to myself and trying to wrap my mind around the possibility of being pregnant with another child I headed into the bathroom to see if there were any pregnancy tests yet. Unfortunately there were none left inside the empty box. I resigned to the fact that I would have to talk to Jito when he got home. I couldn’t just test and spring the news on him like I had in the past before. I mean we were getting older and would be settling into a way of life akin to the golden life of retirement in a few years. So when he got home I asked him to join me in the bedroom where we could talk. From the look on my face and the tone of my voice he could tell that something was wrong. As he sat down on the bed I began pacing the floor pouring out all my fears and concerns. After a while he stood up and stopped me “Vanilla it will be alright. I know this is completely unexpected but it will be fine.” Jito spoke assuring me as he looked at me calm and coolly with his kind eyes. We then decided that we would make a doctors appointment for this one. 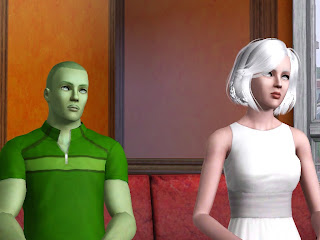 A few days later on the day of the appointment my stomach was in knots. I noticed on the way to the dr’s office that the streets were empty and everything seemed almost too quite for a normal day in Sweet Valley. It gave me a sense of foreboding as we walked into the nearly deserted building with a single receptionist working her station. After not too long of a wait I was taken to a room where they would run some blood tests. After giving what seemed giving gallons yet it was only actually a few small test tubes we were told that they would have the results after lunch. So we ate some light tasteless fare at the food court with some forced conversation. Looking back it seems kind of funny that we were behaving like two beings about to sent to the executioners’ block. When it came that tie to find out the results the doctor had us sit down in their office. Sitting there in comfortable leather chairs we awaited the news as my doctor took their time flipping through my chart. “Well Vanilla I can assure you that you are not pregnant, however you are going through what many call The Change or Menopause.” Dr. said calmly as if he was discussing the weather. I coughed and cleared my throat before asking “Meno-what?”
To add insult to injury it was Spear’s 13th birthday. Being the friendly and outgoing type he was Spear begged us for a big party inviting all of his friends. Not being able to refuse, I found myself amidst of party favors and little kids running around my clean and neat house. It took a while to corail all the kids over to the birthday cake but eventual it was done and time for him to blow out his candles. 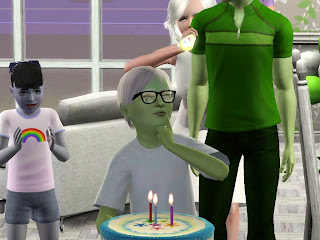 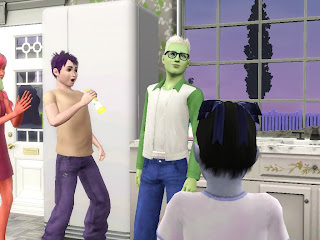 “Come on Spear we are going to be late. The bus is going to leave and then mom will have to drive us to school.” Minte grumbled to Spear as he put his cereal bowl in the sink. “Oh it won’t be that bad if I have to drive you.” I said putting away the boxes of cereal. “But Mooomm you had private tutors, so you didn’t have to worry about this sort of thing.” Minte argued. “Don’t worry about it, it’s just for today. Starting tomorrow I’ll have a ride to school with Limonchello and his older brother Limechello, so I won’t need to ride the school bus.” Spear said pleasantly which made Minte roll his eyes at his younger brother not having to ride the bus. 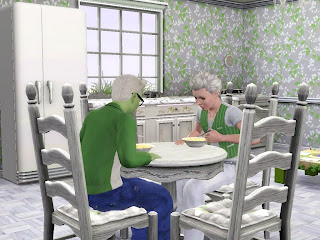 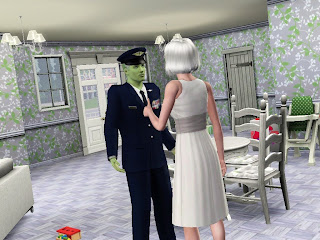 Not to longer after Jito came to me with some really good new. He was getting another promotion. He was excited and a bit overwhelmed since with this new promotion came a lot of responsibility and prestige. He was now one of the higher ranking officers, I was incredibly proud of him. Unfortunately our happiness was short lived as it was announced the following week that once again war had broken out in Sugaria.
It was on the evening news, Jito and I had crashed on the couch exhausted at the end of another full day. “We interrupt our regular newcast for some breaking news coming straight from Sugaria. A country that has been at peace for the last 10 years has declared another civil war after the recent secret autopsy of Queen Leche Mallow proved that she died from poisoning. The autopsy was done in secrecy at the discretion of her mother Lady Meringue due to the irrefutable refusal of one by King Coconut Mallow. Upon hearing the news of what cause her daughters death Lady Meringue fled Western Sugar taking her grandson Prince Castor Mallow with her to Easter Sugaria. After that it didn’t take long for war to be declared.” The newscaster concluded and went on to briefly discuss those events with the reporter next to her before commercial. 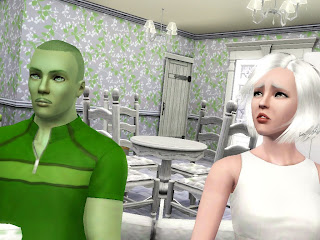 The news of my sister’s death not only affected myself but also the rest of the family. Minte was questioned about it from his peers that knew from his last name that he was related to the Meringues of Sugaria and joked around with taking his Father’s last name instead. I mourned my little sister’s death and felt it was my fault for her death. Jito tried to comfort and remind me in saying that we all make choices for our lives even though we might not know the outcome, I had chosen to live my life the way I wanted. I had chosen life, while my sister chose the life that she wanted to lead. I felt despair because now I knew that the door that held my previous life was now closed completely. 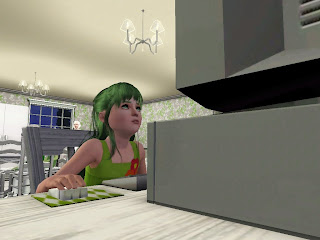 Though the death of my sister hit me to my core it didn’t stop life from moving around me. Our little genius Crème was on the honor roll and taking all of the advance classes for her grade, there was even some talk about her being moved up a grade. When she was not at school she was researching on her computer. I think she loved that thing more than anything else. It was not a top of the line one either but that didn’t matter to her, she was happy that our house had finally got one. It didn’t take to long for her to unofficially comma deer it for herself.
Anglaise on the other hand seemed to be a little over emotional. In her spare time she loved to watch Soap Opera’s and horrible pre-teen movies that had romantic elements. When watching those shows or movies she would shed some tears during certain parts. One time she came home with tears of happiness in her eyes because a boy in her grade had given her some fresh flowers that he had handpicked himself. Often she made me wonder if she would grow up to be a hopeless romantic. 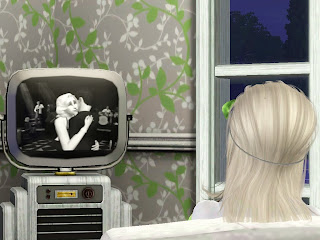 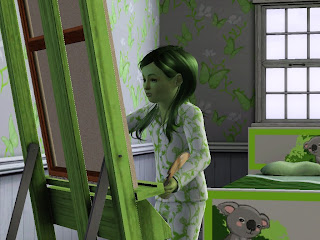 The youngest, my baby of our family Sabayon has recently decided to forgo any meat or animal products and become a vegan. We didn’t see that one coming until one night at the dinner table she pushed aside her spaghetti and meatballs, announcing that she has decided to give up eating meat. Then it began, every meal that I cooked she accost me with facts on either the benefits of a Vegan lifestyle or things I’d rather not hear about the meat I was about to cook. When she was not doing that she could be found in the girl’s room painting away. It surprised me that she had taken up this hobby because everything in her life had to be so neat and orderly, everything had a place and had to be found in that place. But with painting it seemed that she was really able to express herself in a way she couldn’t otherwise. 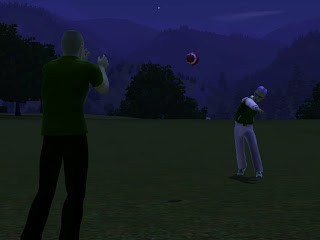 One day Spear came home with so good news. “Mom I made the football team” He told me excitedly. Putting down the sponge I was using to scrub the counters I said “Congratulations Spear! Oh I’m so proud of you.” Then I quickly gave him a big hug. “MooOoom, I got to go tell Buttercream and the gang” he complained until till I let go so he could go tell his friends. Spear was like the other side of a mirror compared Minte. While Minte was basically a loner with friends only consisting of random girls that he was dating at the time, Spear’s easy going and friendly disposition made it very easy for him to make friends quickly. It was hard to find any blank spots in his calendar as he was often out with his friends or having them over. In fact one of his friends I’m pretty sure Anglaise has a small crush on 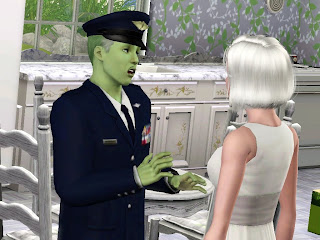 Sometimes it seems like when life is getting better something happens to make it fall apart again. I had just finished putting together the proverbial pieces of my heart back together that my sister’s death had shattered when Jito came home with the new of the war in Sugaria. The sun was streaming in through the kitchen dinner and I had a pan of Ratatouille cooking in the oven. The scent could be smelled through out the house as it slowly cooked. As he came into the house he went straight to the fridge and grabbed something cold to drink. Sitting at the table he watched me clean up the mess I had made cooking our meal before speaking. “Vanilla I have some important new.” He finally said in a tone that made me stop in my tracks. “Jito what is it?” I asked searching his face for an answer as I waited for him to reply. When he finally did it was in a monotone voice “The war in Sugaria is getting worse, infact its starting to spill over into bordering countries namely Sweetland. Now as you know Sweetland is a neutral country but I will be leaving right after the girl’s birthday to go aide in negotiations with both of the heads of each Sugaria military in making sure their war does not spill over into our country anymore.”
Posted by cupcake at 3:22 AM