Somewhere in the middle of summer on the hottest day of the year came along our birthday. We had all agreed on having a party at the local community pool because of the sweltering heat. Glaisey was the most excited as she had just gotten a new bikini. As soon as we got there Sabayon sought out a place in the shade with her sketch book. The sun was reflecting off of the cool and inviting pool. 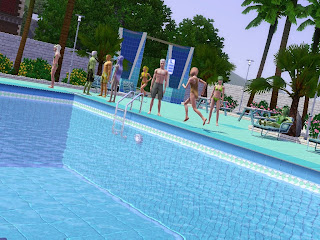 Being the first born of our trio I was the first up. 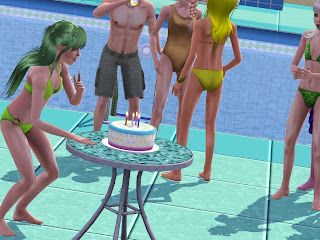 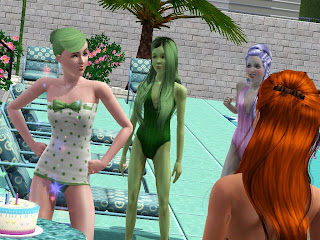 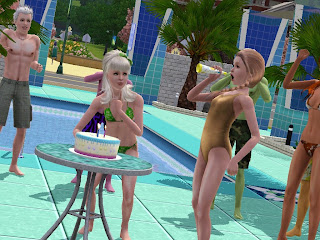 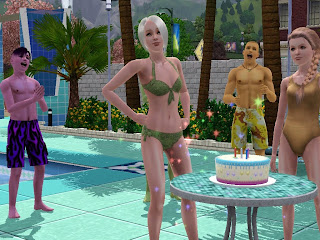 And last was Sabayon the youngest of us. 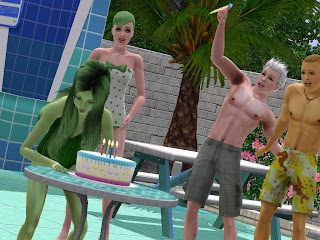 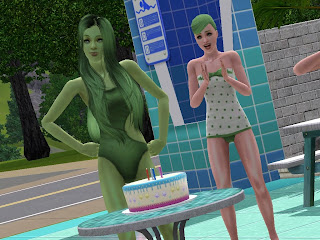 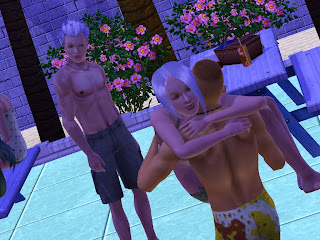 The party was in full swing until the sun started dipping behind the mountains. Much to Minte’s dismay Spearmint had come with a friend Banana Foster. But it delighted Glaisey to once again see her high school love after a tearful goodbye a year ago when he graduated and left for boot camp. Seems like they picked up right where they left off but little to my knowledge Glaisey had written him the whole time he was gone.
A couple weeks later after numerous interviews I finally landed a job at the hospital where I would be working as an intern. My first day there I proudly put on my scrubs hoping to possibly see the insides of an operating room. When I finished I walked towards the small crowd of interns that were gathered near the nurse’s station waiting for their Attending Physicians that they would be shadowing through their year long internship. My sneakers barely made a noise as I walked across the sterile tiles. “And Meringue your assigned to well they’re not here yet so you’ll stay with me for now.” The head one said “New and late on the first day” the other one muttered under his breath about the missing Attending. 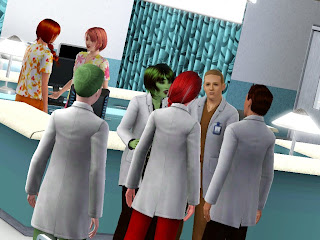 So I began my first shift shadowing Dr. Myntcoco Shake when the doors to the emergency entrance opened. “We have a car crash, no visible injuries on either of the….” The paramedic began to run off the stats of the both of the patients to Dr. Shake and Dr Butterscotch Pudding. “I’m fine will you just let me go.” One of the patients said irritatedly as he tried to get up. “Sir you’re going to have to lie down right there and wait till one of us can take a look at you. Let’s take him to room 2” Dr Shake said crossly at the ornery patient. 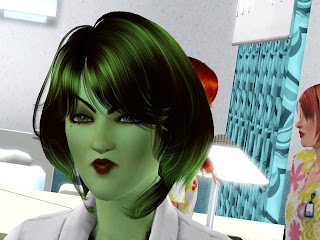 Not to long after that I was sent to check on the ornery patient. I couldn’t help but think he looked slightly familiar but I couldn’t place where I might know him from. He was sitting up in the bed with his hands folded when I came into the room. His turquoise eyes followed my every movement and I have to admit that it thrilled me that they did. “So where is your attending?” He asked me with traces of annoyance in his voice though I could see no angry at me in his eyes. “Well my actual attending has yet to show up so I’m shadowing Dr Shake.” I said as I checked his vitals. His deep laughter suddenly filled the room. 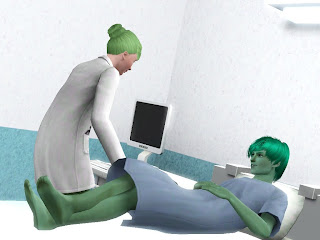 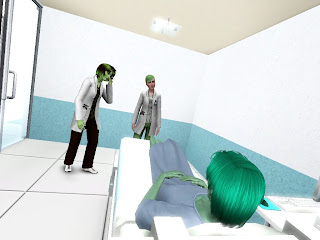 “What’s so funny?” I asked, not being able to help myself while I cracked a small smile. He shook his head slightly before replying “I didn’t quite catch your name.” He said watching me with those captivating turquoise eyes. “Well I’m Dr. Meringue.” I started to say as Dr. Shake came into the room. “I’m sorry Dr. Punch, if I had known it was you we would have sped this up a lot faster. Welcome to Sweet Valley Memorial” Dr Shake apologized. And all I could think was Oh Fudge
When I finally got home from my first day at work the streetlights were a blaze and twinkling stars dotted the sky. Glaisey was sipping coffee at the kitchen table I could tell she had a long day too from the way she looked up at me barely turning her head. Sabayon was humming a happy tune from our bedroom, no doubtly painting her the cares that she as an unemployed adult didn’t have. 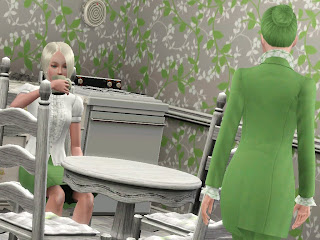 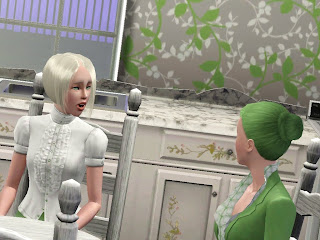 “Rough day?” I joked to her as I plopped down in the chair next to her. “Let me tell you this when I make it as a Newscaster I’m going to be nice to my assistants and not make them do stupid things.” She said tiredly before she drank the rest of her coffee. I was about to get up and grab myself a cup when there was a knock at the door, it was Spearmint.
As I opened the door the first words out of Spear’s mouth was “Is Minte home?” he asked glancing around. “No he is not, if he isn’t home by now usually he is spending the night over Pumpkin’s. What’s up?” I asked noting how distressed he seemed. Looking at the ground he took his time before answering in a low voice “Bubbles is pregnant and she broke up with me.” 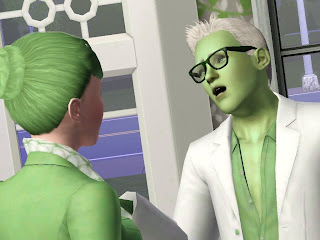