Spear would go on to explain that when Bubbles had found out that she was with child that she had confronted Spear accusing him of ruining her life. That her life as one of the Jammer’s cheerleaders was over and it was all Spear’s fault. After they had fought for a while until Bubbles threw him out of his house. Not knowing what to do he found himself aimlessly driving around Sweet Valley trying to clear his mind ending up on the street he had grown up on. 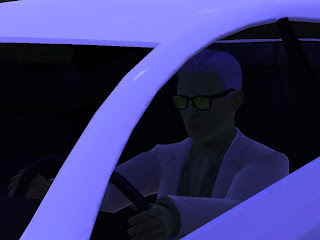 “So what do you think I should do?” He asked after he ended his story. “First let me get something straight. She kicked you out of your own house?” I asked incredulously as he looked back at me as if I had grown two heads “What was I suppose to do? Kick her out? She’s pregnant.” Spear countered. “She doesn’t even live there though.” I said taking a deep breath to clear my head before I continued on “Spearmint” at a tone that made him wince “You have to take care of this. First you have to get a place of your own, one you’re not sharing with your teammates. Then you have to…” 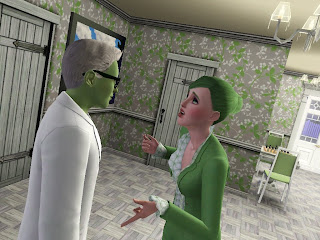 Trying to shake the worries of my everyday life I began hanging around the hospital more often even before and after my shift. I spent so much time in the observatory watching surgeries you would have thought that I was glued to the chair. I was itching to be able to scrub in on a surgery and all I could do for now was watch from afar in the observatory. When Dr Punch would be in surgery sometime he would glance up towards my glass confinement and smile my way. Though I didn’t return it, I guess I came off worried looking when I was chewing on my lip in impatience for the surgery to begin. Watching him in surgery was a beautiful thing, the overly confidence he had outside the O.R only exuded himself in there. As I watched a patient coding once I almost thought that he was about to flash one of the nurses that confident smile of his before charging the body full of electricity.

I’ll be fair though he wasn’t self absorbed or anything like that; in fact he headed the free immunization clinics that they would hold outside of the hospital for the residents of Sweet Valley that couldn’t afford it. And he would do a lot of pro bono work in his off time for other people that couldn’t afford the surgery that they needed. All in all he was completely and utterly perfect, or so he seemed. I mean everyone has some sort of imperfections yet to me he didn’t. 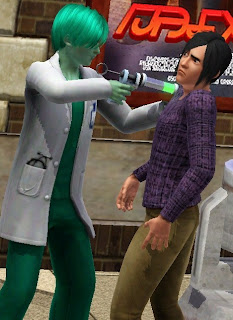 “Meringue.” Dr Punch said as his deep voice broke through my thoughts. “Meringue you’ll be scrubbing in with me today.” He continued as he jotted down some things on the patient’s chart. After that the rest of the interns disbanded. I started to head in the same direction as them but Dr. Punch stopped me. 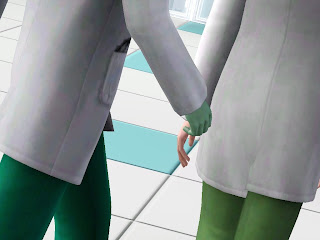 “Can I talk to you for a sec?” He asked flashing me one of those dazzling white smiles “Yea sure Dr. Punch.” I managed to get out. “I’m going to be heading another free immunization clinic this weekend in Sweet Valley and I was wondering if you would be interesting in helping and possibly having dinner with me afterwards?” He asked sneaking that last part in smoothly. “Dr. Punch need I remind you that you are my attending?” I asked nervously as I took a step backwards bumping into the wall, feeling my heart in my throat. 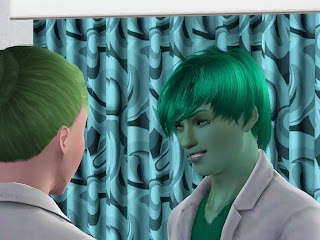 “How about you remind me another time perhaps after we have dinner?” he asked again smiling at me relentlessly before he continued on. “Or maybe consider the fact that only behind these walls am I your attending once we walk out of here I am nothing but a man asking you to dinner.” My brain tried to rack up an excuse as of why I couldn’t eat dinner with my perfect man when the blatantly obvious one hit me “I have a boyfriend.” I said meeting his eyes confidently for the first time.

“A boyfriend? Really? I never would have thought, the way you’ve been hanging around here.” He said eying me back as if he was unsure to believe me. “Yes really, we’ve been together since high school. His name is Apple Crumble.” I said defensively but as soon as I said it Dr. Punch began to laugh. “Well then consider it not a date but two random people just having dinner together.” He said temptingly “Alright just two random people having dinner together.” I said finally agreeing. 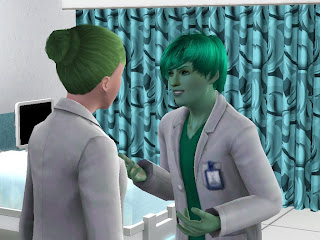 After that Dr. Punch and I started having dinner together a few times a week. Apple well, Apple became sort of an after thought as he was spending so much time at the lab that he had a futon couch set up in his office. The only people that really saw anything of Apple during the week was his assistant and co-workers. Of course he knew about Dr. Punch and me spending time together after work during the week but it didn’t bother him. 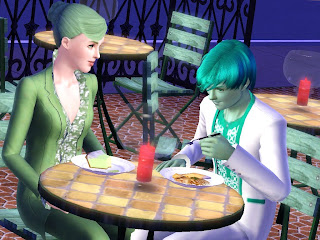 Before I knew it Minte’s and Pumpkin’s wedding was approaching quickly. In fact it was this Saturday, so Friday night Pumpkin and I spent the evening putting together little party favor consisting of a sweet enameled bright colored almonds. When Sabayon came through the door still humming that happy tune and announced gloatingly “I’ll be on TV soon.” Before resumed her humming as she skipped off to our room. Pumpkin and I exchanged surprised looks as Glaisey then came storming in telling us “She ruined my big break. I finally got a chance to be on camera and she ruined it.” 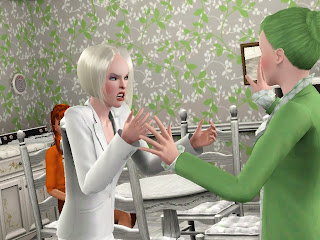 After we had finally gotten Glaisey to calm down she told us that today her boss had to leave early and they need someone to cover for the 5 o’clock news. So they picked Glaisey to go off and give an interview. To Glaisey’s surprise she was to interview the leader of a protest that was still going on at City Hall. Even more to her surprise it was Sabayon that she was interviewing. “And she made a total fool of me on my big break. How could she?” Glaisey asked defeatedly. That night Glaisey slept in Minte’s soon to be old room that still had Spear’s old bed in it. 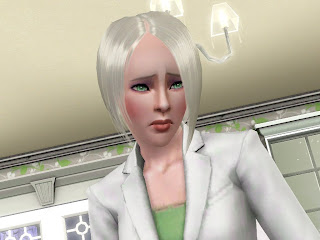 The following day was the wedding day. Minte had spent the night at a friend’s while Pumpkin stayed at our house so we could help her get ready. She was such a sight in her white and well pumpkin colored dress. Her copper colored hair was done in a gorgeous partial updo secured with silver clips. Glaisey was applying blush on to Pumpkin’s golden cheeks when she reminded me that I needed to pick up Apple on my way to the ceremony. Soothingly my hairstyle over and glancing at my makeup quickly in the mirror I headed out the door into the unusually hot air. 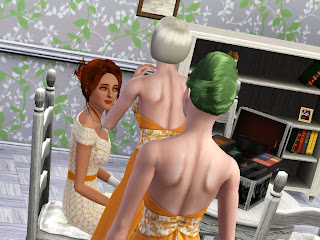 When I got to the lab I wasn’t surprised to see two cars parked there, some of Apple’s co-workers were just a driven as he was and worked the same hours as him. Delicately grabbing my dress so I wouldn’t step on the hem I hurried to his office. When I reached the oak door with its frosted inlaid glasses I could hear voices beyond it. Not thinking twice I opened the door and saw Apple with another woman. 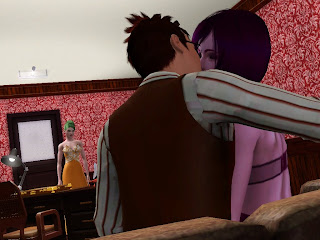