“Apple what the Fudge Ripple is going on?” I asked as the two on them untangled themselves. “Crème I didn’t mean for this to happen.” Apple started out to say before the trollip next to him interrupted “Excuse me, but don’t you know how to knock?” She asked with a sneer on her face. “Juniper can you please leave us?” Apple pleaded with her in a tender tone of voice I had never heard him use. “Fine.” She said icily as she snatched her top off the floor and stormed out. “I’ll call you later.” He called after her with a nervous look in his eyes. “Oh don’t you dare look upset because your floozy is gone.” I said nastily. 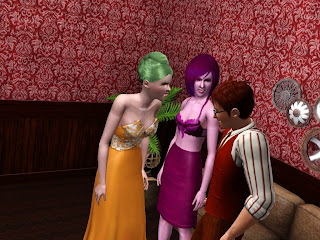 “Juniper is not some floozy, she is my assistant.” He shot back to me angrily “Apple what happened? Why would you do this to me?” I asked looking around his office trying not to look directly at him. “Look I didn’t mean for it to happen but I’m not sorry that it did. I mean think about it Crème in our relationship where are we going? Do we even like each other like that? When was the last time we actually kissed?” He implored me as he grabbed my wrists making me face him. As I looked up into his familiar face, a face that I had known for most of my life. 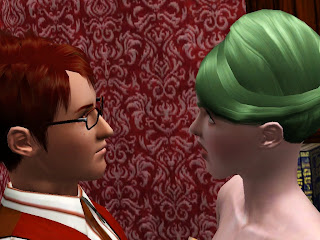 Those warm brown eyes looked back at me in a way that they had always and in my heart I knew the words that he spoke were true. Apple and I never really wanted to be together. Yesterday and everyday before that since graduation we were barely hanging on by a string and today it finally broke. So I took a deep breath and calmly told him “Get your tux on, I’ll wait for you in the car. Don’t tell anyone of this. I wouldn’t want to ruin Minte’s and Pumpkin’s special day” 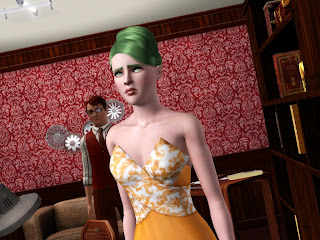 When we had arrived at the ceremony there were guests already arriving and I knew we were late. I quickly went to where Pumpkin and the bride’s party were while Apple went his way to where the groom’s party was. “You’re late. Where have you been?” Glaisey whispered to me as the music started up. “Sorry I um ran into a bit of trouble.” I replied taking my place infront of her “Whatever that’s our cue lets start walking, remember right foot first.” Glaisey reminded Pumpkin. 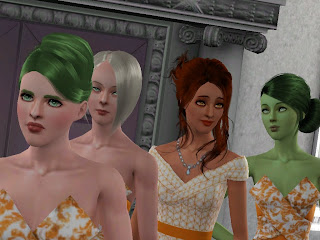 Walking down that isle I wondered if I would ever get married or even if I wanted to ever. Apple shot me a small smile from where he was standing next to the other groomsmen, as if he knew what I was thinking but I felt numb to him. The more I thought of it I really didn’t care what he did because subconsciously I think I was also looking for a way out too, secretly hoping that something would have happened between Dr Punch and I at all those dinners we shared. The only thing I knew at that moment is that I wanted someone to look at me the way Minte was staring at his bride as she seemed to glow gracefully walked down the isle. 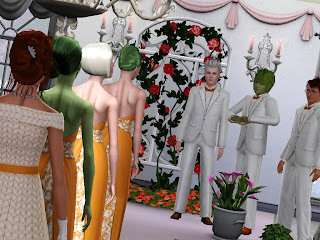 The ceremony was beautiful as they exchanged their vows promising to always love and be committed to each other. Seeing them together so happy reminded me a lot of our parents. Just two people lost in another world as they gaze into each other’s eyes. 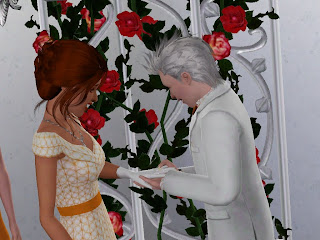 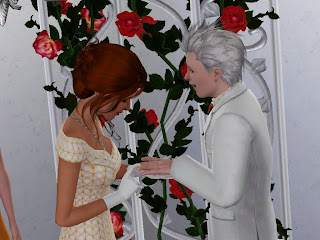 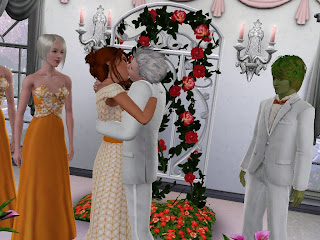 At the reception I sat at a table pushing around the food on my plate as I watched almost longingly at everyone having fun on the dance floor. I guess I looked pitiful because before I could stop him Apple sat down next to me. “What do you want?” I asked taking a sip of my nectar. “Crème I’m sorry.” He began to say “Thought you weren’t sorry.” I said under my breath while swirling the nectar around in the glass to watch the legs run. “I’m sorry that I’ve hurt you but I’m won’t take back any thing that I have done. I’m not proud of what happened but when I’m with Juniper I just can’t explain it. The way she makes me feel when I am with her, well I don’t ever want to be sorry for.” He admitted. 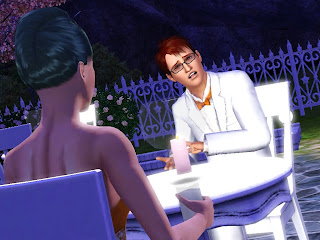 “Look at them.” Apple said motioning to Minte and Pumpkin on the dance floor. “And answer me honestly when I ask you, did we ever have that?” I watched Minte hold his new bride in his arms as the music switched to a slow song. Pulling her close to him he whispered something in her ear that even from my seat I could see her blush and giggle as she looked adoringly up at him. “You’re right but it still doesn’t absolve the fact that you did betray me.” I said coldly as I rose to my feet. “Where are you going?” Apple asked “That’s none of your business anymore, is it?” I said leaving him seated at the table watching me as I walked away. 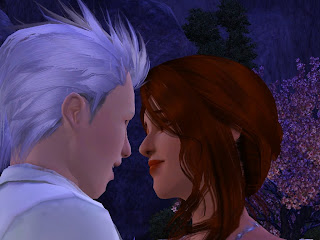 The drive back home I turned the radio as loud as I could, singing along as best as I could. “Hey it’s alright my life has never been a bed of roses... Hey it’s alright my life has always been a sad emotion...” When the cell phone lying on the passenger seat began to vibrate and ring. Quickly glancing at the caller I.D while trying to steer with one hand I saw that it was Dr Punch calling with seemingly perfect timing. 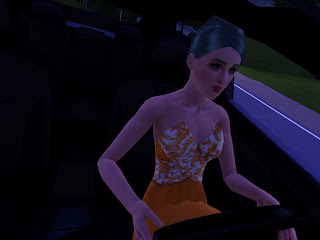