To say I was shocked would be an understatement. Sure we had sort of in a way broke up a few months ago, but I didn’t expect him to move on like this not this soon. For a few days I felt in a daze and then one morning while the sun was shining through at an angle that only told me that I had slept in later than I ever had, it felt real. I decided to go over to my brother Minte’s house to check on Pumpkin. Or at least that is what I told myself in order to avoid being alone.
When I got there I could see that she was as round as me. “Any day now right?” she said after she greeted me at the door. “Tell me about it.” I said breathlessly after having to walk up her front porch stairs. In the kitchen we toasted each other’s two weeks from our due dates mark with nonalcoholic mocktails, a refreshing and chilled drink consisting of juice and some sparkling water. From this point on at anytime either of us could go into labor. Although we joked around about how neat it would be to have them born on the same day. It was strangely comforting to know that my child would have a playmate in the family that was so close to their age. 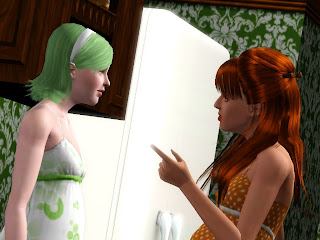 Afterwards I headed home ready to call it a night when Fraise knocked on my door. “Hey I was kind of worried about how you would take the news being the late into your pregnancy. So I wanted to check up on you and see how you were doing.” She explained after I let her in. After checking me out quickly she concluded that everything was fine. “I can’t believe you never wanted to know the ultrasound results. You’re not even the tiniest bit curious to know what you are having?” She asked as she rubbed my belly “Not one bit.” I replied wondering why people loved to rub other people’s pregnant bellies. 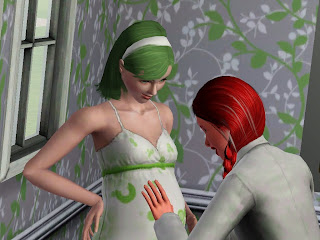 So I popped a movie and we settled down to watch it “Nice couch.” She said casually trying to suppress a smile “I know right. Sabayon brought it home one day to replace the old one.” I said with a sigh thinking to myself how I would get rid of this couch. About half way through the movie I started to feel sharp pains. 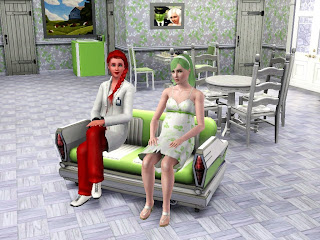 Thinking these were just false contraction I got up to stretch, hoping to ease the pain a bit. But my body had another agenda because my water broke as soon as I was on my feet “Oh Fudgesicle.” I said looking down at the fluid on the floor, wishing that it would have broke on the couch instead. “Oh my Berry Crème you’re in labor.” Fraise said quickly getting to her feet as she clicked the TV off with the remote “Yes, it appears that I am.” I said feeling strangely surreal as Fraise took me by my arm as she said “Crème you’ve got to get to the hospital.” 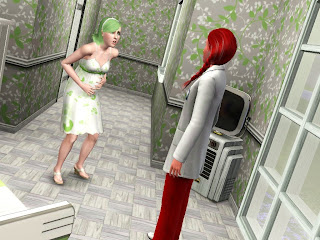 When we had gotten to the hospital things began to happen quickly and before I knew it I was ready to push. Oddly I thought to myself that I would have to remember to thank Fraise for driving me here as soon as my water broke, otherwise I might have been giving birth in the car. In what seemed like record breaking time I had managed to give birth to not one but two little girls naming them Ocean Breeze and Saltwater Taffy.

While I was recuperating Punch came to visit me. After he meet his little girls and we had gotten through some small talk there was a bit of an awkward silence. “Punch I don’t want to be alone.” I said suddenly as I watched him hold our daughter. “I don’t want to be alone either.” Punch replied quietly watching Taffy sleep peacefully swaddled. “You were not alone Fraise saw you with that nurse.” I said as I looked away not wanting to see how he would react. “Maybe Fraise should have taken a closer look because I was not having dinner with just the nurse but another colleague too. Who wanted to ask her out but didn’t have the berries to do it.” Punch explained quietly, trying not to wake Taffy. After a moment he asked me “So what do you want to do Crème?” And I replied honestly “I don’t know, I just want to be with you.” 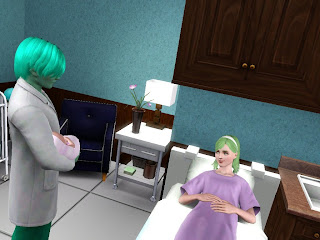 When I was checking out of the hospital Punch came by to drive me home. He helped me and the girls get situated and I was surprise at how he took like a fish to water with taking care of them. Soon he started spending more time at my house than at his, helping me with both of the girls. It was almost like we were a family the four or actually five of us including Sabayon. 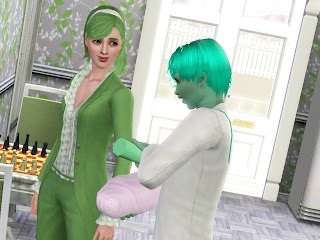 On day while he was hold Ocean Breeze I pushed aside all of my fears and asked him “Punch do you want to move in with me.” I felt nervous as I asked him this, taking this gigantic step in our relationship. “Suuuurree.” He said slowly with a smile, I could almost see him going through all the memories of me pushing him away every time he tried to get close to me. “I want things to be different this time.” I tried to explain smiling back at him. 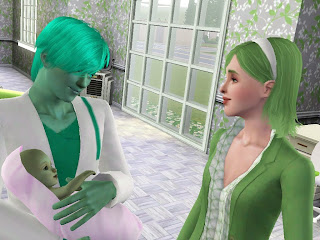 It didn’t take long for Punch to move in and make himself at home. It was nice to be able to fall sleep in his arms even if the girls would be waking us up in the middle of the night for their night time feedings. The girls were growing everyday and I was glad Punch was able to be with us to see it. Ocean loved to watch her mobile spin round and round, listening to the music. However Taffy was less independent than her sister Ocean, crying whenever she wasn’t held. 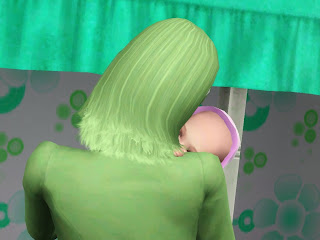 It didn’t take long before their hair started to grow in. Ocean’s was a surprise fine whispy green with some white strands, while Taffy took after her father with an almost glowing shade of turquoise though it was thick and wavy. Both of their eyes had settled on my father’s minty shade of green after changing from a murky blue that was so common in newborns. It wasn’t surprising that Ocean was the first to start crawling while Taffy was more content in my arms or her father’s. 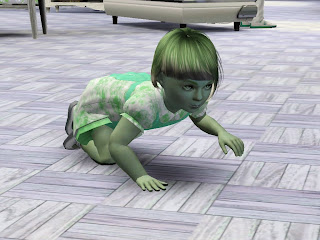 I have to admit though as different as Ocean and Taffy looked, they were a beautiful pair of little girls and oddly to my surprise it delighted me dressing them in matching dresses. 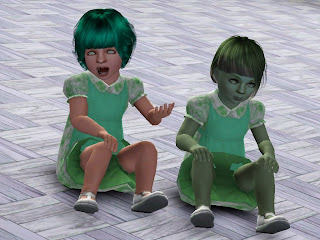