But perfect moments never last and the world keeps turning. Life keeps going, everyday everything keeps progressing. Though at first you might not see it but then suddenly things will slow down for a moment. And at that moment you’ll take a look around and be surprised how things have changed and how your loved ones have grown. The girls were going to be starting school soon. They were so excited after watching their friends go off since they were born after the cut off date. 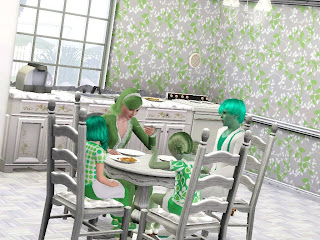 It felt like yesterday was their birthday though it had past months ago last spring. The birds were back chirping away at ungodly hours in the morning. Ocean was especially excited to be becoming a big girl; she really wanted a bike for her birthday present since we couldn’t obtain a pony for her. Taffy wanted an easy-bake oven so she could make the cupcakes and brownies she saw on the TV one afternoon over her cousin’s Sprinkle’s house when her Aunt Bubbles was watching the girls. After that afternoon we never heard the end of the Easy Bake Oven. 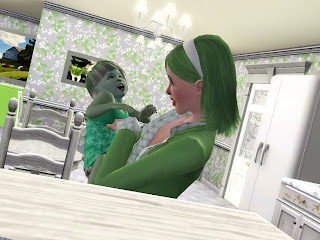 When their birthday finally had arrived the girls were quite excited. Ocean was the first to blow out her candles being the eldest twin. 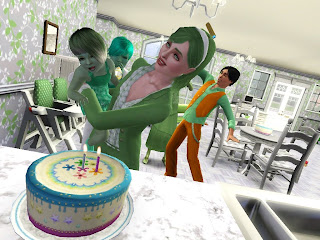 She has a lot of her father’s looks, the only thing she inherited from my side is her eye color and her striking green and alabaster hair. 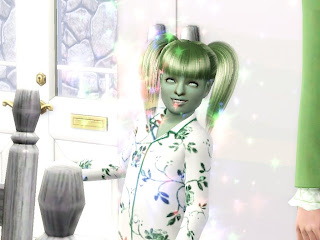 Then Taffy blew out hers 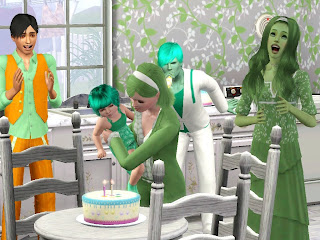 She looks a lot like I did at her age, except with her father’s beautiful turquoise hair which was starting to lose the waves that it had when she was a toddler. 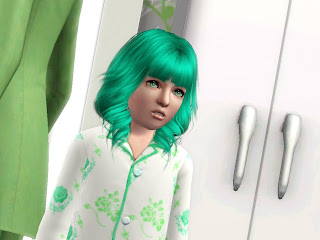 Both girls were excited to try out their birthday gifts, Ocean with her new bike. 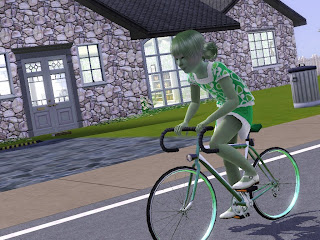 And Taffy with her new Easy-Bake oven making some tasty treats. 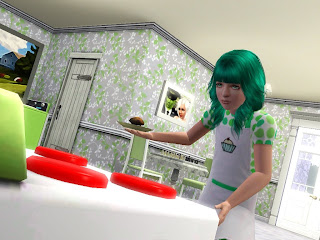 And now they were starting school. The two of them excitedly talked over cereal about what their first day was going to be like. “I heard after we eat lunch we get to have recess at the playground outside.” Taffy exclaimed “I know Taffy I was there when Sprinkles was telling us about it.” Ocean grumbled tiredly as she pushed around her BerrySweet flakes around in her bowl. “Common girls you better get a move on it the bus will be here soon.” Punch reminded them as he grabbed a cup of coffee. 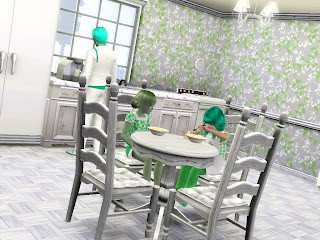 After finishing their breakfast, they put their bowls in the sink and began to get their shoes on. “Do you think there will be any one that we don’t know there?” Taffy asked nervously “Taffy there has to be we don’t know everyone in Sweet Valley.” Ocean said while buckling her shoes. And with that they were both out the door. I stood in the doorway watching them get on the bus, Taffy turned around and quickly waved goodbye before boarding. As I watched the bus leave I hoped their first day would be a good one. 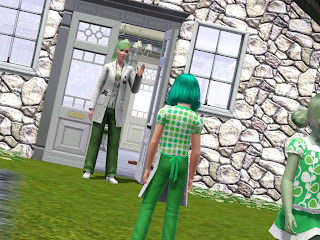 Luckily I didn’t have much to worry about with the girls. Sabayon however was in the process of moving into her boyfriend Gelato’s house. According to her they were prefect for each other since he was extremely forgetful and with her neurotic tendencies she tended to check everything constantly. These tendencies made her fret over whether or not she remembered to pack everything. “Really Sabayon, you’re just moving to another section of town, you can always come back over to get whatever you didn’t pack today.” I tried to assure her as she kept putting things inside of a box only to take the out again and line the up on her bed in a neat and orderly fashion. 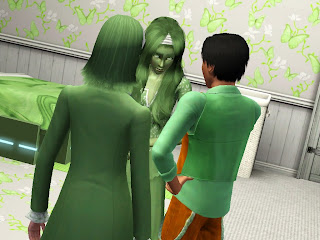 “Yeah Saby, we can just come back tomorrow.” Gelato said as he put his hand on her shoulder. At the feeling of his touch she began to relax and he did what I had done for so long, talking in a low calm voice, soothing away her fears. The shift of that role was apparent, Gelato met my eyes and in that unspoken moment between us I knew that Sabayon would be alright, that she too was finally moving forward with the rest of us. 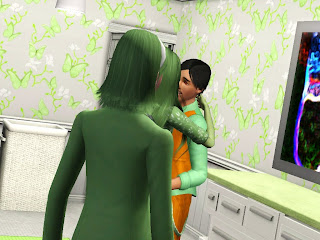