Pretty soon my maternity leave was up and I had to return to work. As much as I loved the girls I was glad to be going back. Back to the fast pace world of surgeries that I had loved so much. It turned out that Sabayon’s decision of working as an artist had come in handy since she had agreed to watch the girls during the day while Punch and I were working. Of course the first day I had to leave them to go back to work was hard but by then end of the week both the girls and I had adjusted. 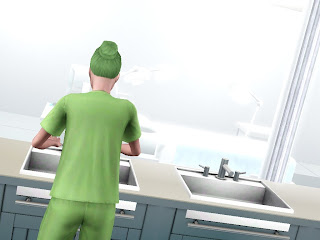 During the week though Punch and I might have been busy at work on the weekend we would spend doting over the girls. I couldn’t believe how quickly they were growing. Ocean the first born was always taking the lead as she was the first to not only walk but talk. 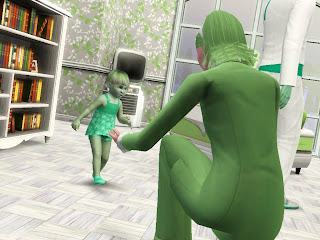 Taffy though wasn’t always far behind and eventually she was walking and talking too. Her first word wasn’t momma or dada but doll as she loved to play with my sister’s and my old doll house. Of course I had to replace the dolls as they had scene better days quite some time ago. 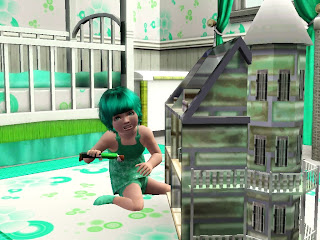 I have to admit though I wish my mother was alive. I know she would have loved to be around for the twins, to see them grow and help care for them. But after a while the resentment would always come back because I felt like not only did she deny me having a mother during the years I needed her the most but she also denied my children having a grandmother. 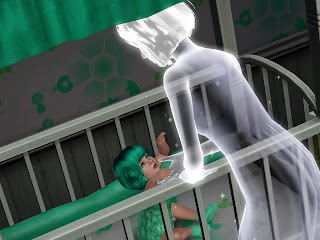 Minte and Pumpkin’s little boy Lestor was growing like a weed too. Though I’ll never get why they decided to name him one of those celebrity names, when there are perfectly fine names out there like Minte, Bacardi, or even Apple for little boys. 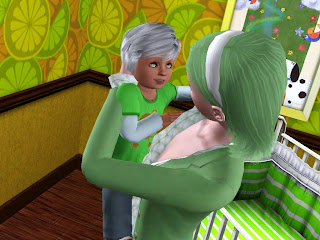 Sprinkles on the other hand with her traditional name had just started school. She is looking more and more like her mother everyday with the bubbly high maintenance personality her mother is known for to boot. Not to mention she has Spear wrapped around her small fingers, as her going to school present was a brand new cell phone. 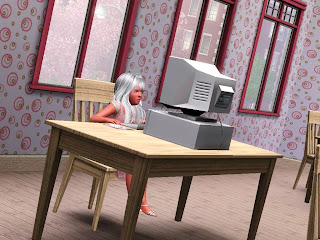 From Black Tea Hollows we received news that Glaisey was expecting their first child. Over excited phone calls Glaisey relayed her pregnancy and eventually the birth of their daughter Fritters Foster. I was able to escape one weekend leaving Punch and the girls behind to visit my sister and her new daughter. Fritters was a miniature version of her mother with her white hair and mint green eyes. But did I get the surprise to see that they were expecting their second child, this time they were hoping for a boy. 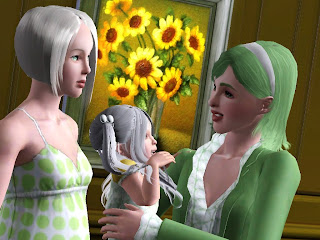 As things were progressing in with everyone around me it was hard to notice at first Sabayon’s recent happy attitude but it all became apparent when she started humming again. I finally cornered her one morning before I had to head to work, just as the sun was rising when she had walked in from spending the weekend Berry knows where. I found out that she had spent the weekend with her long time friend Gelato that she had known since middle school that has had a painfully obvious to all but her crush on her for that long. “So you and Gelato are finally a thing?” I asked raising my eyebrow, watching her reaction. “Yeah Pot I guess so.” She said with a smile as she stirred her coffee. “Alright Kettle I need to go but I want details today after I get home.” I said as I grabbed my purse and coffee heading out the door. 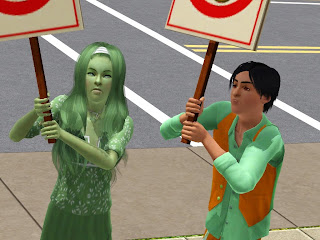 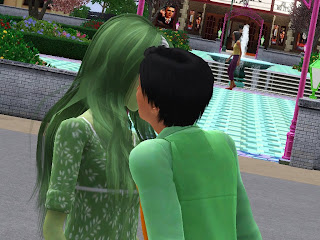 At work I barely got my scrubs on before Fraise informed me that Dr. Shake the new head of Surgery wanted to see the both of us. Dr. Shake had recently came into the position of head of Surgery after Dr. Wafer had retired. Standing in her new office arranging her personal belongings Dr. Myntcoco Shake looked up peering over her glasses that were almost to the tip of her nose, as she put a framed picture on her bookshelf. “Meringue, Romanoff.” She said acknowledging us as she seated herself in her leather chair behind her desk. “As you know with me taking this position it opens up the need for an Attending in Trauma Surgery and with Dr. Bunt leaving to transfer to Earl Grey Memorial that opens up a position for an Obstetrics Attending. The two of you have shown to be the best in the residents for each of your fields. Br. Bunt has named you Dr. Romanoff as her replacement and Dr. Meringue I’m naming you as mine.” 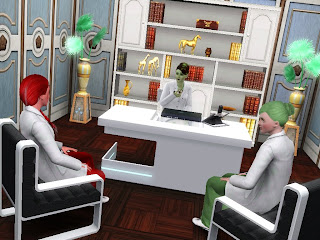 Fraise and I couldn’t believe it; the two of us had finally made it. Sitting on the wooden bench in the locker room Fraise said excitedly as she put on her shoes “We should go out and celebrate.” Fixing what little makeup I did wear, I quickly glanced at the clock behind me. “Punch won’t be done for another few hours, I doubt that Sabby would mind watching the girls a bit longer.” I murmured to myself as I pulled my cell phone from my pocket and quickly called Sabayon to let her know that I would be coming home later than planned. 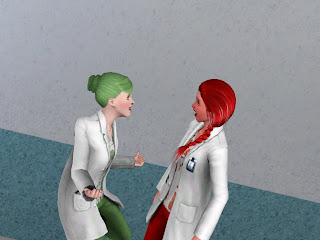 A couple Nectar Spritzers later I arrived home via Sweet Valley’s Lemon Cab Co. As I opened the front door Punch was stepping out of the bathroom wearing only his pajama pants. The house was silent except for the sound of the bathroom fan. “Hey goodlookin’” I said as I pulled him close for a deep passionate kiss. 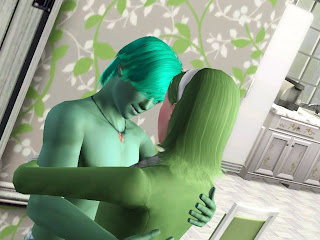 “Mama Wake up, wake up” Taffy’s cheerful voice broke through my sleep. Grumbling I turned over “Wake uuuppp.” Taffy said impatiently as she crawled up into the bed, toddling over the sheets and comforter she sat in front of my face. “Mama wake up, wake up now.” She said trying to open my eyes for me. “Ok sweetie I’m awake, I’m awake.” I said gently breaking free of her little hands before she could try to pry open my eye again. Sitting up I saw that Punch wasn’t in bed but Taffy grinned proudly from his side. “Bweakfist time. Wobbles!” She said announced whilst tugging my arm. 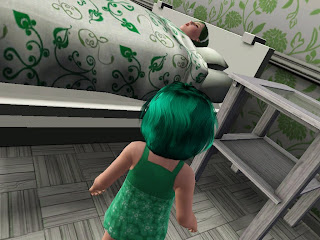 When I and little Taffy emerged from the master bedroom I was greeted with the sight of Punch putting plates of steaming hot Waffles on the table. Ocean was in her highchair already eating her pancakes happily, so I put Taffy in hers while Punch brought her plate of waffles over. Taking our seats at the table with Punch’s lovely meal in front of us we started to talk about what we should do with our day off. Looking at Punch across the table I noticed some fine lines that would remain on his face after he had finish smiling and at that moment sitting at our kitchen table with the early morning sunlight streaming in I couldn’t be anymore happier than I was. 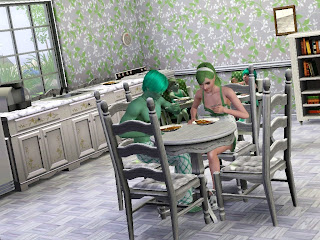