The following day we found a note that read,
My whole life I knew I was not meant to lead an ordinary one. You my parents are well known doctors through out the medical community. Your lives are not at all ordinary ones and I am determined that neither would be mine. I want to live a life that many would admire and very few would forget, but most of all I want to make my mark on this world and be remembered through out time.
Signed,
Starfruit Meringue 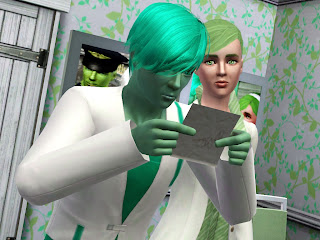 Mom and dad were pretty broken up by it. She was their youngest daughter, which had left the house in the middle of the night before she was even an adult. They tried to do everything they could, contacting the police and putting in a report. But nothing came of it and soon it was after Punchette’s 18th birthday. 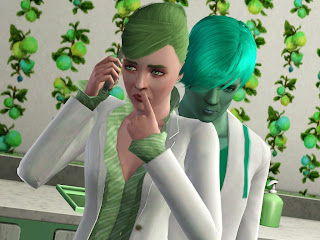 Azure was such a heavy sleeper I think he must have slept through the hubbub of Punchette’s departure. 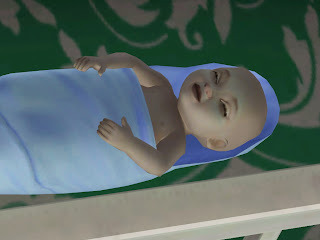 While his little sister by 6 minutes preferred to spend her time cuddling with grandma indoors. I guess she doesn’t like the heat or humidity that Sweet Valley is known for. 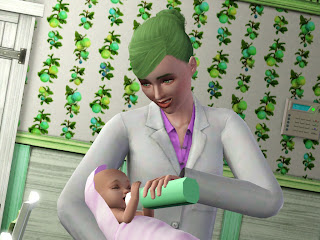 The twins seemed to be growing everyday and it was not long before the both of them were mobile crawling around. Since we were leaving to go back to Chambery soon we had a lot of visitors come by to see us and the twins once again before we left. Azure and Aquatini were delighted with all of the attention they received. 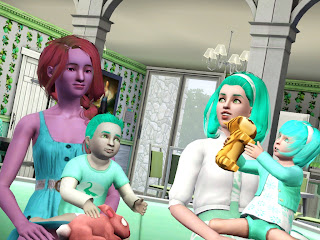 But eventually it was time for us to go and as nice as it was to go back to Sweet Valley it was even nicer to go home to Chambery. The cooler weather was definitely a nicer change from the stifling hot humid days of Sweet Valley. 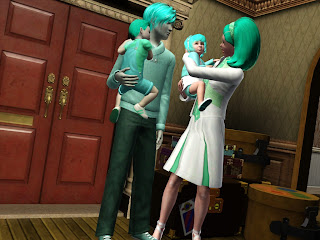 Roq was more than happy to get back to his painting as was I to get back to my sculpting. We set up a playpen in the corner of our art studio for the twins to play in, filling it with a number of toys to delight them. 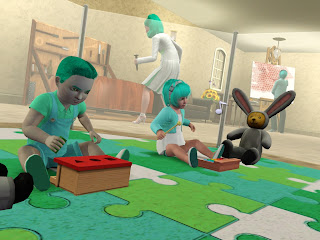 Roq’s paintings sold wonderfully and I was not doing to bad with my sculptors, although I really just decorated the garden with them. Aquatini though hated the walk through the garden to the studio and would literally cry until she was back indoors. 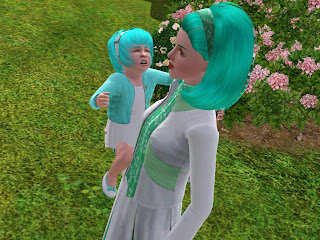 By the twins 1st birthday I found myself expecting again. Roq was over joyed at the thought of becoming a father for the third time. Growing up as an only one of the things that he had always wanted was a large family. I was surprised at how easy the first trimester breezed by with barely any morning sickness. 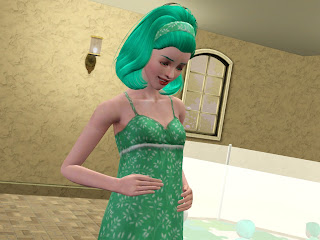 I began to start potty training with the twins since I was not keen on the idea of having to change the diapers of two squirmy toddlers and a newborn. 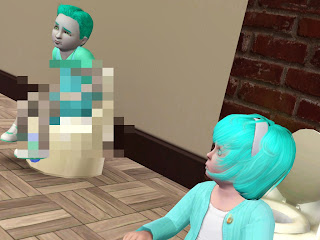 One late afternoon during my second trimester I was reading a story to Azure and Aquatini in the studio. The television was playing softly in the background while I told them the tale of a very hungry caterpillar. Roq was enjoying the last of the cheese plate he had made for us as our afternoon snack while watching a channel that featured shows from back home. “Salt! Look, look, look!” he exclaimed as he stood up and pointed at the television. 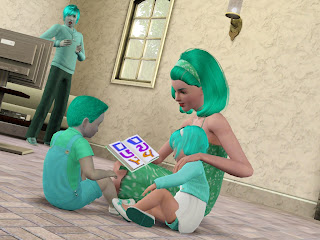 “What is it?” I asked as I place Azure and Aquatini in their playpen. As I walked over I could see what all of his excitement was over. There on the television was my younger sister. It was barely over a year since she had left my parents house, yet there she was on my television looking as beautiful as ever. Her hair was cropped short on the sides in an edgy style that showed off the angles of her face. 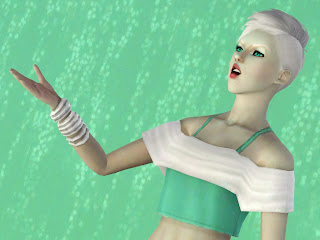 Side note~ Punchette's note was orginally the intro for her as the heiress (before the voting I was sure that she was going to be picked)
Posted by cupcake at 9:07 PM