The days seemed to slip by carelessly as I soon found myself on a plane heading back to Sweet Valley. I knew as much as Salt had loved Chambery that she would have wanted her final resting place to be back with her family. The days that had past went by in a blur until we arrived at the cemetery, the same one that I had buried my father in just a few years ago. I was surprised at how everything had come together though the planning had seemed like a distant memory from another lifetime as I said goodbye for the last time to Salt. 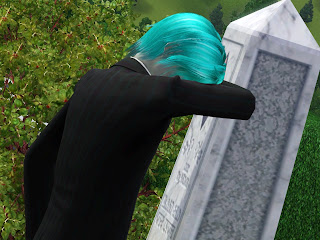 Everyone was there, even her slightly estranged sister Punchette had managed to take sometime out of her busy life in the limelight. After the funeral they held a small luncheon back at the house for close friends and family. It didn’t take long for anyone to inform me of my ex Lemoney’s whereabouts. “So I saw Lemoney on TV the other night. Did you know she is on one of those new reality shows? It’s called The Berry Real World and apparently she spends more time out of her clothes than in them…” Punchette prattled on when she had found me outside after I had walked out there to get some fresh air. Not knowing what else to say I said uncertainly “That’s great?” 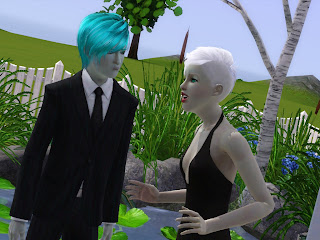 By the time the luncheon had ended it was well into the late afternoon. Punchette and Sunny had to leave to get a start on the drive back to the city. Crème was making coffee when she asked me a question that even I wasn’t sure of the answer “What are you going to do now?” Sitting at the table I began to take off my cufflinks slowly trying to think of an answer but all I could say was that I didn’t know. Because truthfully I didn’t. The only thing that I did know was that I didn’t want to go back to our house in Chambery. 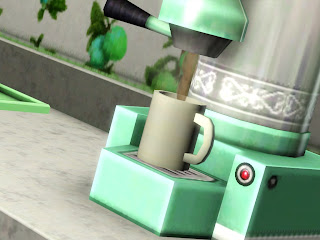 As hours ticked into days and the days passed on to weeks as we remained at my inlaw’s house. Bombay and Hypnotiq were able to sit up on their own by now and were beginning to try to crawl. They both inherited their grandmother Crème’s green hair. And for the most part seemed identical except Hypnotiq had my aqua eyes, while Bombay had her mother’s green ones. 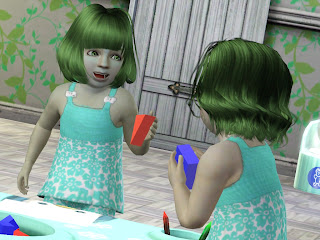 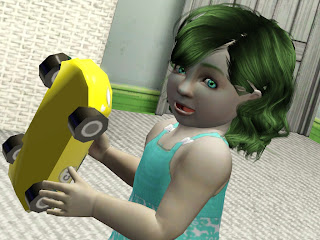 All the while I received phone calls from prospective clients trying to commission me for painting jobs. But it was of no comfort to me and it seemed the only place where I could find the comfort that I desperately needed was when I slept. When I was sleeping it was like none of this ever happened, I was with her again. 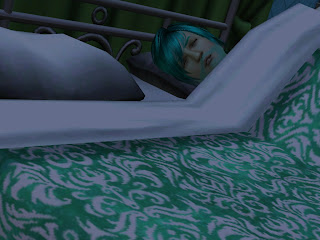 “I miss you so much.” I whispered to her as I held her close “But I haven’t even left you Roq.” She murmured back to me as I breathed in her sweet scent that was mixed in with the heavy scent of the wildflowers that grew in the meadow we were in. “There is so much I want to tell you, so much I want to do with you.” I began to say as I gently played with her locks, when I suddenly heard another voice breaking through loudly saying my name. 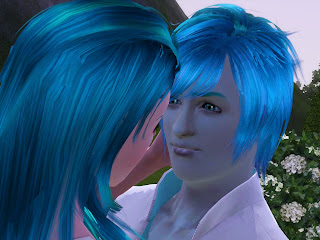 “Salt, I don’t want to go I want to be here with you.” I said uurgently as I felt myself begin pulled from her embrace “But Roq it’s time.” Salt said patiently as she gave me one last sad smile. “No! Don’t leave me again!” I cried out in vain only to find myself awakened at my inlaw’s house with my mother-in-law standing over me holding Bombay. 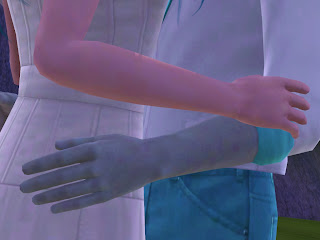 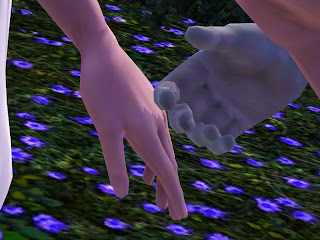 Crème sighed and sat down on the bed next to me as I sat up. “Roq we need to talk. I might not know exactly how you feel and what you are going through right now but I do understand how you children will feel as their last parent being to drift away. Maybe you staying here right now is not the best thing for you. Have you thought of taking any of those jobs?” She asked me as she studied my face, watching my every move as she probably psychoanalyzed me. 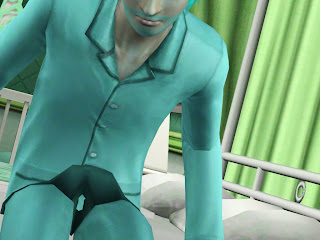 “I have but most of them involve a lot of traveling which would be impossible right now by myself with four young children.” I said as I sat next to her playing with Bombay who giggled in delight when I made her puppy dog disappear under the sheets and reappear a moment later, until she grabbed it away and snuggled it close. 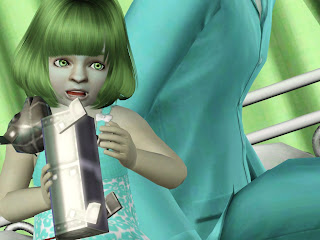 “Well if the kids were any other age I wouldn’t be suggesting this, but why not leave the kids here for a while. It might be good for you.” Crème said carefully “Won’t people think I’m abandoning them?” I asked in between Bombay’s giggles. “Roq at this age it is much more stressing for your children, especially Azure and Aquatini to see you like this even if they don’t undetstand why.” Crème explained as she sold me on her suggestion of the kids staying in Sweet Valley while pushing me to live. Because I knew right now at this point with losing Salt so recently that I could not be the parent that I should be by myself and while I was still broken. 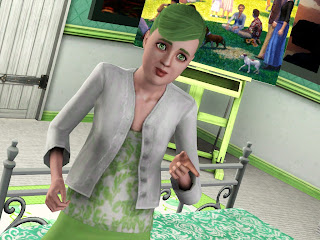