“You know what I hate you! I wish the two of you had never been born. You are the reason why our mother died.” Azure yelled at Bombay and I after he had caught us playing with his statues that dad had always gotten him just as Bombay dropped the one from Tahini on the floor breaking it in half. Ever since he became a teenager he has been hotheaded as ever, making the divide between us and our older siblings even wider. “Azure Splash Meringue!” Our grandmother exclaimed in surprise. “Well it’s true; if they had never been born then she still would be alive.” Azure said defensively before stalking off to the room that he was still sharing with his twin sister until his room was finishing being built with Aquatini trailing behind him. 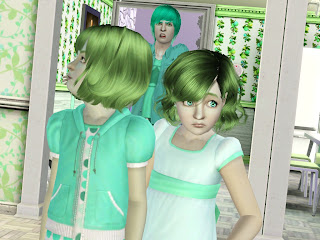 Later on that night after Azure had cooled down Bombay and I had decided to apologize for breaking his Tahitian statue. After hearing our apology Azure apologized for his own outburst. “I’m really sorry I said those things to the two of you. I know it is not your fault.” He said as he sat down on the floor. “Azure, do you remember her at all?” I asked as Bombay just looked away entranced by the trophies that hung in a case above Azure’s bed. “I don’t really have any specific memories of her. I can’t even remember what she looks like besides what I’ve seen in old photos of her. I just remember that she smiled a lot and that I was happy around her.” Azure admitted to me. 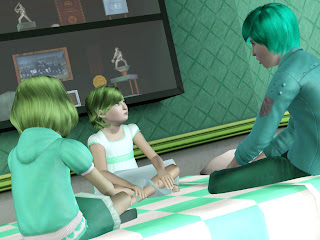 Our mother had died right after she had given birth to my twin sister and me, so the two of us really had no memory of her. Our day to day life consisted of living with our grandparents during the school year and traveling with our father tandemly with Azure and Aquatini during our time off from school, though now that our elder siblings were now teenagers we would all be traveling together. 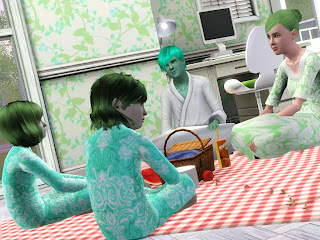 The places we traveled to could be anywhere from the beautiful ancient ruins of Tahini to the sleepy and foggy town of Black Tea Hollows. These trips were sometimes far from a vacation as anything could be as our father would often drag us from tour to tour on his time off so we could learn about the culture and history, always saying “The rest of your classmates have to learn about this stuff in books, but you actually get to see it and be there.” The following day was the last day before summer vacation. It was a hot and humid day like any other but it was our last day in Sweet Valley until the summer was over. At school our final assignment was “What I want to be when I grow up…” We all had to read it in front of the class. I was the last to get up to read mine. Bombay  was about to go up before me and as usual she would take up most of the time before class was over. 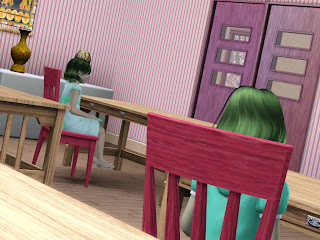 At first she fumbled with her papers trying to find her assignment that she had put on the top of her notebook. When she had finally found it she stood up to give her presentation, her cheeks were ruddy. “What I want to be when I grow up is a … Doctor … Like my grandmother… Who saved lives everyday…” She said as a few kids snickered in the back of the room and I could hear them whisper “I wouldn’t want to be her patient, she would probably forget to keep me alive.” Nervously I hoped that Bombay didn’t hear them as I chewed on my lip, but she was in her own world as she tryed to speak in front of the class. 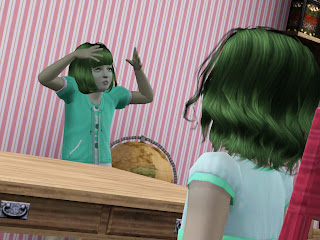 “Hypnotiq, it is your turn to give your presentation.” Our teacher Ms Peppermint York said as Bombay took her seat next to me. Walking confidently with my head held high I made my way up to the front of the class, all eyes were on me. “What I want to be when I grow up is a Movie Star. I want to be famous like my Aunt and go to all the parties she gets to go to, wearing those beautiful clothes and meet other famous people…” I explained as I ended my presentation with an enthusiastic “Superstar!” Just as our class bell rung and my fellow classmates began to shuffle out in excitement. 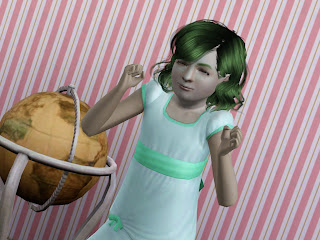 The way home I stared out the window to get a good look at everything, memorizing each and every little detail of our home town. Tonight my siblings and I would be traveling on an overnight flight to meet my father in Shang High Stir Fry. Azure and Aquatini had been there a few times before, but it would be Bombay and my first time. When Bombay and I walked through our front door we could hear our Grandmother on the phone in the kitchen. Bombay stopped short in front of me and watched her talk on the phone in a hushed tone for a moment Even though I was the younger twin from an early age I knew that Bombay would always need my help. As it was once again her forgetfulness had caught up with her and her suitcase was left unpacked until the last moment. So I gently pulled her in the direction of our room and said quietly “Common Bombay, we have to finish packing.” 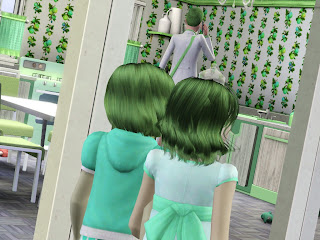 Later on that night at the dinner table it was just my siblings, our grandfather and I. “So where is Grandma?” Aquatini asked as she pushed her the remainders of her dinner. With a sigh Grandpa pushed his plate away before answering. “Your grandmother has driven to your Great Uncle Minte’s house since your Great Aunt Pumpkin passed away this morning. So she won’t be able to see you all off to the airport this time.” He said as he got up from his seat to start clearing the table. 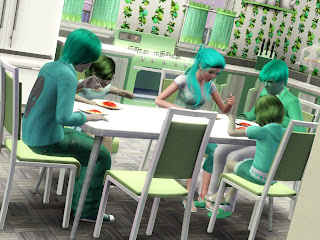 The ride to the airport was long and silent. Azure idly flickered through the radio stations for most of it until he found a song he liked right as we were pulling up to the airport. Since our flight was late the airport was almost deserted save for a few travels that were waiting for their flights. When we finally got up in the air it didn’t take long for Bombay and I to fall asleep on the plane. 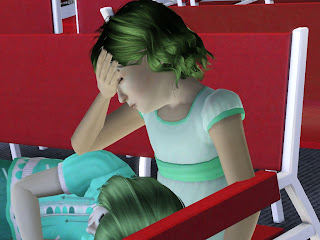 We were awakened by Aquatini as we landed and as we debarked from the plane I could see our father wading through the crowd looking for us. “Dad!” I called out and as he heard my voice he smiled trying to locate us through the crowd. “Dad, over here!” I called to again as I broke away from my siblings and immediately collide with another passenger. 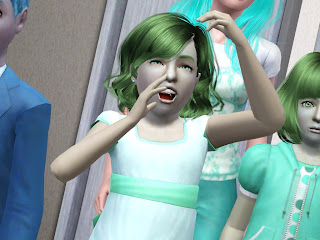 Falling to the ground pain jolted through my small frame. As I looked up to apologize I only saw a pair of blue eyes for a moment. Eyes that were so blue it seemed at any moment they would crash and pull away like the waves on a sunny day. Feeling tongue-tied I glanced away giving me a moment to see the rest of who I collided with. He looked a few years older than me but not as old as Azure or Aquatini. He stood with his hand out; my collision with him wasn’t enough to knock him down as it did to me. I never really thought about boys before as they were quite icky but from my view on the ground there was nothing icky about him. 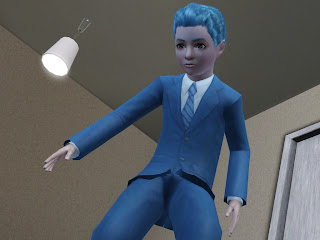