“Are you alright?” I heard him ask as I took his hand and he helped me up. “Sir is everything ok?” A large concerned man in a suit suddenly appeared by his side but the boy just looked over unfazed and calmly assured him everything was fine before turning his attention back to me. “I’m ok.” I managed to get out as my father found his way to my side. The large man reminded the boy of some engagement that he needed to go to and with a quick apology they were off. Reluctantly he turned his head around to give me one last look and our eyes once again connected for a moment, then he was gone as he disappeared through the crowd. 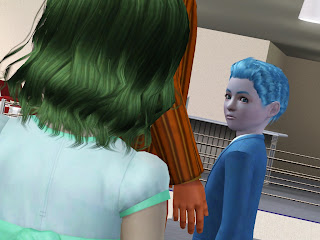 And gone he was, from my life and quickly from my thoughts as my vacation progressed. In Shang High StirFry there were many of beautiful sights, with fun and exciting things to do. It was quite easy for a girl to forget her first crush, in fact seeing Azure get beat up by a wooden dummy was enough to make any one forget. 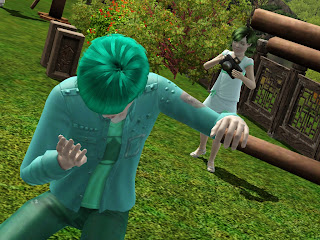 Although some things prefer not to be forgotten as I found out the day before we were due to head back home. We were viewing the Terracotta army when I spotted a flash of blue streak by behind the terracotta statues. 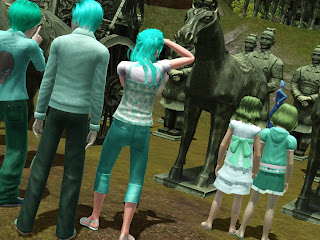 Slyly I looked at my father and older siblings, but they were completely engulfed in the tour. Without letting another moment pass I grabbed Bombay’s hand and took off following the blue that I had seen. Sneaking by I weaved us through the imposing statues until we came upon what or rather whom I seen. 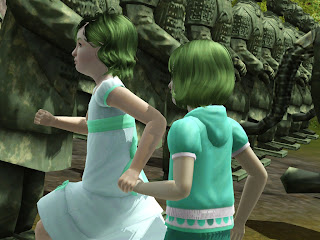 It was the boy from the airport, but instead of standing tall and confident he was crouched with his head in his arms. As he heard us approach he kept his face buried in his arms and with a muffled voice he said “Leave me alone Gourd. Just go away.” 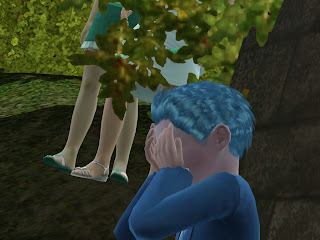 “Who is Gourd?” Bombay asked confused as she looked around. With the sounds of her voice he lifted his head; looking past Bombay he recognized my face. “You’re the girl from the airport that ran into me.” He said before answering her “Gourd is my bodyguard. 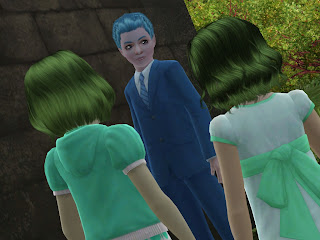 “Why do you need a bodyguard?” I asked as we continued to approach him as he stood up. “My father is a high ranking Politian and after the kidnappings a few years ago he hired Gourd as my bodyguard.” He explained calmly as if it was a normal everyday thing to have a bodyguard. “Oh… My name is Hypnotiq and this is my sister Bombay, we’re from Sweet Valley.” I said introducing us to the boy. “My name is Blue, Blue Hawaiian the third. I’m from Briocheport and I go to St. Honoré Prep. ” He stated after looking at the two of us for a moment. 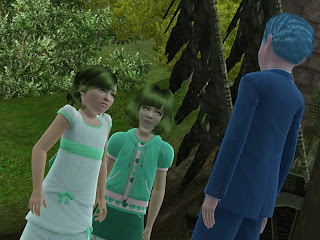 “What are you doing here Blue?” I asked curiously as Blue just seemed to get more and more interesting. “I’m hiding because I’m sick of my father not letting me do anything with out permission from his PR agent. I couldn’t even try out for soccer because of him.” Blue explained as his face darkened with anger. 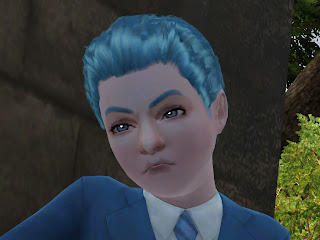 Not knowing what to say to that, I tried to think of something else to say in hopes to cheer him up. “You want to see something funny? Here is a picture of my brother getting beat up by one of those wooden dummies.” I said as I pulled my phone from my pocket. “That is kind of funny.” Blue admitted with a smile as we heard someone say “I found them!” 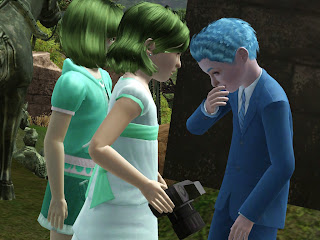 And once again we were pulled away from each other in opposite directions. Blue with his body guard Gourd and me with my family. Thoughts raced through my small head as I watched him be lead away. “Blue, wait!” I called out and began to run toward him, the sounds of my shoes and my father’s echoed through the building. And before Gourd or my father could stop me I kissed Blue on the cheek. Feeling my father’s hand wrapper around my arm I was pulled away “Bye Blue.” I said smiling and feeling giddily though at the time I didn’t understand why. “Bye Hypnotiq.” He said blushingly back to me with a smile that he was unable to hide himself. 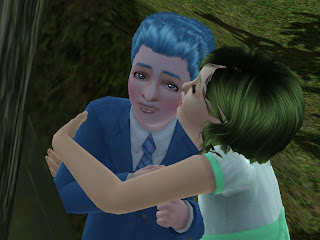 The next day my siblings and I flew back home. The flight seemed endless as we had gotten a telegram from my grandparents right before we left that mentioned a surprise for us. In between games of Mary Mack Bombay and I excitedly talked about what it could be while Azure and Aquatini slept in their seats. The ride home felt equally as long though Bombay and I kept pestering our grandparents for clues relentlessly. But they would not budge and with that we had to wait until we got home to find out what it was. 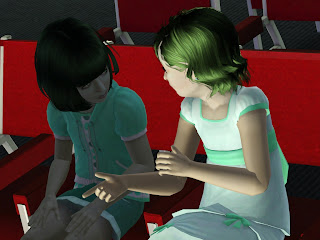 When we finally pulled into the driveway the moment Grandpa turned the car off I unbuckled my seat belt and was out the door. As I ran into the house it looked like nothing had changed, until I saw something rippling and sparkling in the morning sun in the backyard. Walking out the back door I could see a small playground filled with animal shaped amusements and a pool that seemed to reflect the same shade of blue that I had seen in the eyes of Blue. 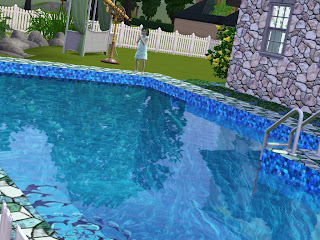