“Are you sure you have everything?” I asked my sister as we were getting ready to get off the plane. This past winter break she had forgotten her phone on the plane to a visit to the countryside of Fondant Fields. “Yes I’m sure.” She replied with a roll of her eyes as she checked around her to make sure. In the weeks that followed the play Kiwi and I had started to unofficially date, during our flight I had thought of him and our relationship status often as I pretended to read the book that I had picked up at the airport before boarding. 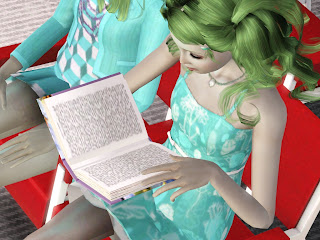 That wasn’t the only thing that was going on. My aunt Punchette that lived in Briocheport was expecting her first child. Over excited phone calls she began to relay her symptoms and how she was feeling until Grandma decided to take a trip out to Briocheport since we would be in Tahini and our older siblings decided to work through our spring break. Azure had secured a job as a life guard at the local pool and Aquatini opted to stay indoors volunteering as what Grandma called a candy striper at the hospital that she used to work at. 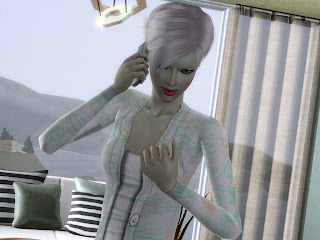 When we finally got off the plane and I was able to turn my cell back on there was a message from our father. “Hyp, its your father I’m calling to let you know that I won’t be able to make it to met you at the airport as my plane has not even left due to the weather conditions right now. I’ve called for a car to pick the two of you up and take you to the house. Make sure Bombay doesn’t forget anything on the plane. I’ll see you the two of you when I get there.” 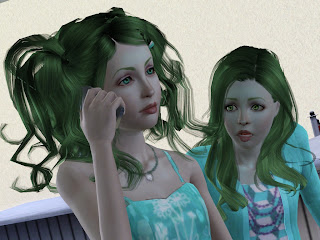 By the time we finally got to the vacation house Bombay flopped down on her bed as I began to dial our father’s cellphone to let him know that we had arrived safely. “Dad…Yeah we just got in…The weather here is good… It’s still snowing there? ... When do you think you’ll be able to get a flight? ... Ok, I know, sure we’ll behave. Love you too. Bye.” I said as I hung up the phone. 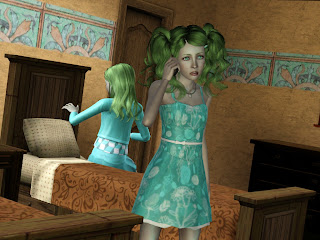 “So what’s up?” Bombay asked me as I put my phone on the nightstand. “Dad is staying in a hotel by the airport until he can get a flight out here since they are snowed in pretty bad.” I explained as her eyes light up “You mean we are in Tahini for spring break with no adult supervision until dad can get here?” She asked me excitedly as she quickly got to her feet. “Oh My Berry we are!” I exclaimed just as excited as we both began to jump up and down. 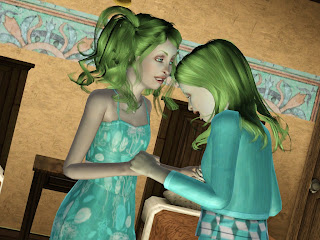 But our first night we didn’t spend really doing anything exciting, instead made some dinner with food that had been stocked into the fridge before our arrival and planned what we would be doing tomorrow. In fact feeling pretty jet-lagged we both turned in early that night. I guess it was a good thing that we had because the sun seemed to rise early than normal and we were struggling to get out of bed. 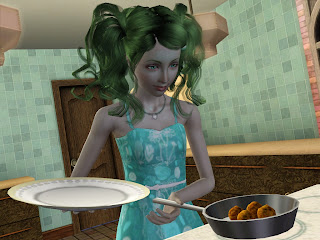 Most of the day we spent perusing through the stalls of the local people selling their wares by the time it was noon we had decided to get a quick lunch and head to the oasis to cool off. I was the first to shed my clothes down to my bikini and jump in. While Bombay decided to take her time. 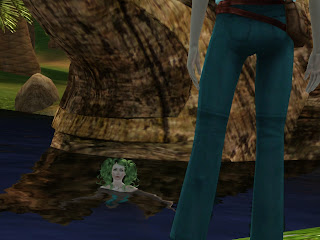 “Oh come on Bomb! You look fine besides no one else is here, just take it off and get in the water!” I commanded my sister at her reluctance. “Fine.” She said as she made a face at me and began to strip down to her bathing suit. After climbing onto the old ship, with a smile she yelled “Bombs away!” as she jumping in. 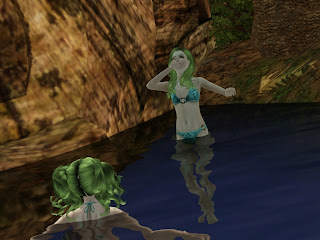 As she surface we could hear laughter coming from a not so distance place. “Who’s there?” I called out as I narrowed my eyes trying to get a good look through the palm trees when a young man stepped out or rather was shoved out from behind by his accomplice. He looked at us nervously as Bombay asked “Don’t you know it’s rude to spy on people?” 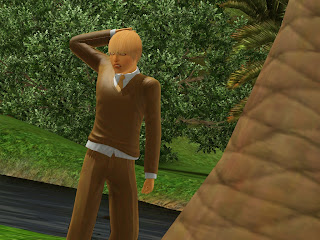 But he didn’t answer or take his eyes off her as he face turned crimson. Instead his accomplice I guess sensed his friend’s blundering and stepped out. A smile played upon his lips as his blue hair caught in the sunlight so did my breath. 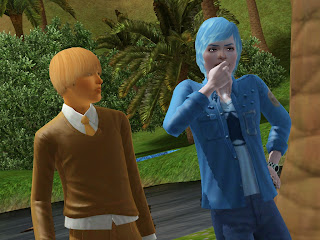 Is it really him? I thought to myself as the two of them began to walk over to us. My eyes searched his face for any sign of recognition. “So what’s your name?” He asked me as his eyes raked me over. “Its Hypnotiq and this is my sister Bombay.” I said watching him too, to see if there was any reaction to my name. “That’s a unique name. I’ve only met one other person by that name a long time ago. This is my friend Scotch, my name is Blue.” He said as he introduced himself and the guy that continued to nervously look at Bombay. “Blue? That’s a common name but I’ve only met a few named with that name before.” I replied back to him coyly. 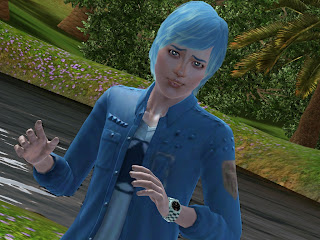 “Yeah, but there is only one of me.” Blue said with a wink before asking “Mind if we join you?” And before I could speak Bombay answered in a odd tone of voice which surprised me “Sure why not” Turning to her I realized she was looking at Scotch the same way he was looking at her this whole time. Maybe this trip to Tahini would be funnier than I had thought. 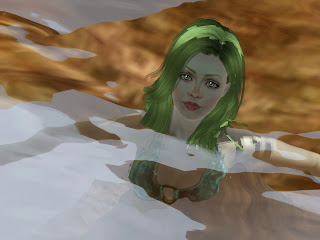 Ruthless_kk's Apartment Building was used for Punchette's apartment.
Posted by cupcake at 2:19 AM