“So have you given any thought to where you want to take your trip with your father? Your brother and sister choose to visit Chambery when they were your age.” Grandma mentioned one night while Bombay and I played video games after finishing our homework. “Not really.” Bombay answered as she pulled her car in front of mine, putting herself into first place. “How about Shang Stir Fry?” I asked nonchalantly but it wasn’t lost on my sister as I tried to get my car to catch up with hers. “You just want to go there because you think you might run in to Blue again.” She said as she noticed my car about to pass hers 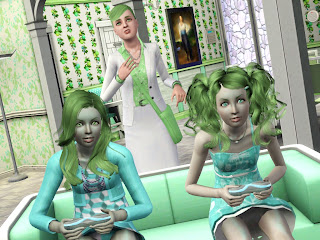 “That’s not true. He didn’t live there he lived or lives in Briocheport. And if I wanted to see him I would be suggesting that we go there.” I countered as I passed her by getting back in first place. “Alright then let’s go toooo….Tahini then.” Bombay said as she picked the first place off of her head. “Tahini? We’ve been there before.” I protested as I kept my car in the lead. “Yea but they have falafels and there is that cool oasis that no one goes to where we can swim and stuff.” She argued back as her car got in front of mine at the last second winning the race. “Fine you want to go to Tahini, we’ll go to Tahini” I finally agreed as I watched Bombay’s character receive a trophy for wining the race. 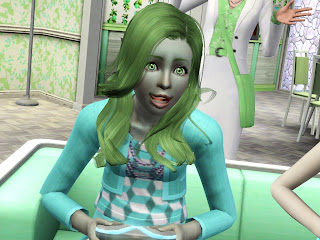 But truthfully I did want to see Blue and I knew it was silly of me to want to see someone that I had only momentarily met years ago. My mind reminded me that I probably wouldn’t be able to recognize him if I saw him, but my heart told me that I would. Life however had other ideas and choose to keep my busy as ever with a play that was coming up this Spring right before our trip to Tahini would take place. 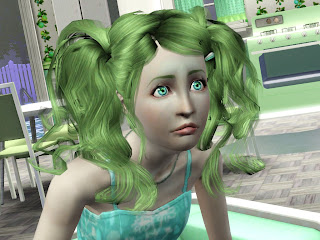 I had managed to get the part of Julep of Julep and Romeo. This made me no friends among the older students in the drama department. The part of Romeo had gone to a boy named Pop Rocks, who was in the same grade as Azure and Aquatini. He was cute and seemed very nice but had horrible breath. Every scene where he had to get close to me, I found myself leaning back so I could breathe. 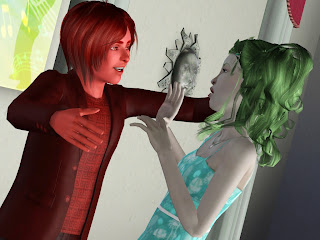 Foul I thought to myself one day after a scene “Alright everyone that is a wrap!” Our drama teacher called. Thank god! I thought again as Pop began to walk away at the same moment Bombay came jogging up to me. “Guess what I heard from Plum who heard from Snickers who heard from Misu, who over heard Kiwi in study hall telling Pepper that he likes you and he wants to ask you out!” She squealed excitedly to me. 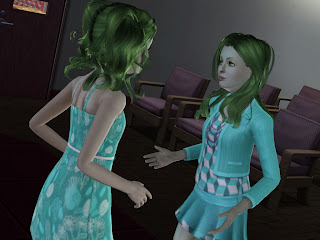 “Kiwi? He is cute and all but he is a complete jock, I’m drama club.” I said with a roll of my eyes though secretly I did feel pleased at the thought of Kiwi Tart liking me. “Oh Hyp you are so full of it look at you. You’re blushing right now as your thinking of him. You think you can lie to me? Bombay chided me with a knowing look on her face. “Fine if he asks me out I’ll probably say yes.” I admitted to her. 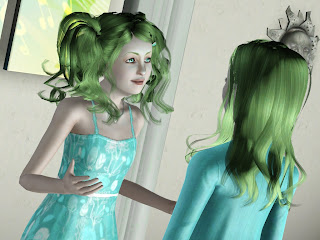 The following day after homeroom on the way to my next class I saw Kiwi waiting for me outside of the door. With simplicity of leaning on a wall he looked effortlessly cooler than any other guy in our class. As I came into his line of view he smiled at me and at once I knew what Bombay said was true. Smiling back flutterbies fluttered around in my stomach as I continued walking toward my class pretending like I didn’t know what was going to happen next. As I almost past him by he gently grabbed my arm. “Hypnotiq, can I talk to you for a sec?” He asked in a low husky voice. 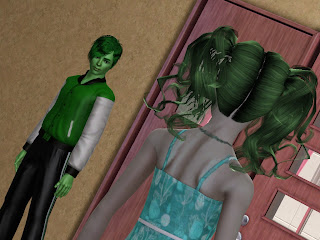 “Sure Kiwi.” I replied completely disguising nervousness with a confident smile. “I was wondering if you wanted to go out sometime.” Kiwi said getting straight to the point. “Sure Kiwi.” I said at a loss for words as I repeated myself. “You want to go out Friday night then?” He asked with a hopefully smile. “Friday night is when the play opens.” I said almost reluctantly. “How about afterward then, I’ll meet up with you after the play is over?” He asked “Sure, sounds great.” I replied with a smile as I looked into his inky black eyes just as the warning bell rung. “Well I got to go, I’ll see you around.” He said as he left to go to his class. As I watched him walk away I thought to myself High School really isn’t that bad. 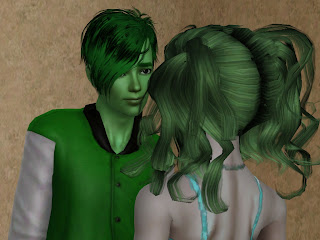 Don’t flinch back, don’t flinch back. I tried to remind myself as I was getting ready but thankfully on opening night someone must have told Pop and his breath was fine. The play went off with out a hitch, I didn’t almost break my back from his breath and we got a standing ovation. This wasn’t the first play that I was in but like the others it only confirmed what I wanted in life and that was to be a star. 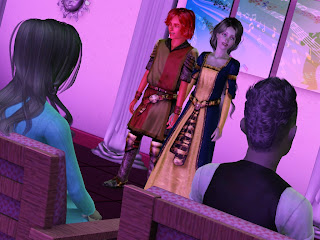 True to his word Kiwi was there waiting for me afterwards. “Did you see the play?” I asked him “How could I not, when I am going on a date with Julep?” He answered me with an amused smile. That night we went on a typical Sweet Valley date. First it was off to the dinner to get some greasy fair, consisting of burgers, fries and milkshakes. Normally a movie would have followed however by the time we were done with eating there was only an hour left before curfew and Grandma would never let me see the light of day again if I was even a minute late. So we ended up taking a walk along the beach, taking off our shoes we walked barefoot through the sand that had cooled off considerable since the sun had went down. 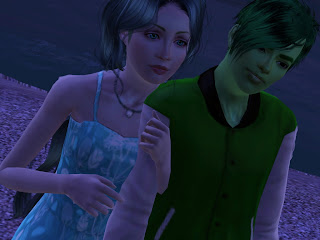 As our date was nearing an end I realized that Kiwi was not at all the person that I had thought him to be. Through out dinner we were able to talk with out any awkward pauses and he actually complemented me on my performance in the play. As he walked me to my door I found myself hoping that he would kiss me and I knew if he didn’t I would be utterly disappointed. 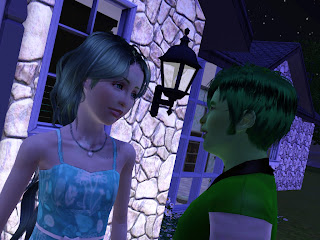 However luck wasn’t on my side as he went to kiss me the front light turned on, signaling me that it was time to go inside. “I have to go in now.” I said as I looked reluctantly at the light. “I’ll call you.” He said as he quickly gave me a hasty kiss that was rather disappointing and said goodbye. As I went inside I saw that it was dark and Grandma and Grandpa had gone to sleep. Opening our door to our room I saw Bombay was still awake as she lounged in her bed reading a book. 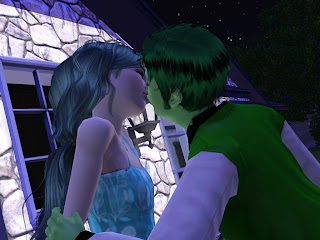 “So how was it? Did he kiss you?” She asked. “The date was alright but not so much the kiss. Grandma kind of ruined that turning on the light.” I said with a sigh as I began to get ready for bed. Bombay made a face before she said “Just think though in a few weeks we will be in Tahini with dad though.” She tried to cheer me up and it did cheer me up. It seemed like ages since we had last seen our father, but she was right in a few weeks we would be seeing him in Tahini. 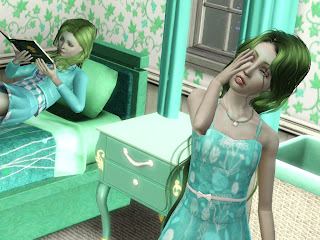