My senior year past by in a daze as the seasons continued to change. Fade was ever present in the background, taking the time to visit over weekends. How I looked forward to the sound of his motorcycle as he would pull up to the house. As the months past we became closer and pretty soon I couldn’t imagine a life with out him and his sarcastic wit or his temper that always seemed to be on the verge of boiling over. 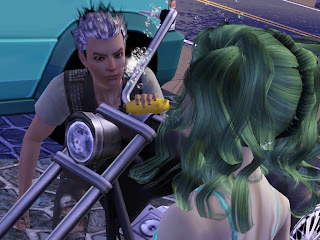 Aunt Punchy gave birth on the Sweetest Day to a little boy named Eclipse and a little girl named Mirage. As much as they loved the city and their penthouse that was not only designed by the infamous RedVelvetKKake but also decorated, after the birth of Eclipse 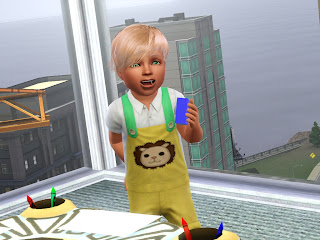 And Mirage, they started to look at homes in an upscale neighborhood outside of the city that was known informally as The Hills. 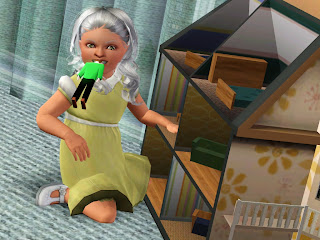 Azure moved out and into a duplex with his long time girlfriend Scarlett after getting a job at. At their housewarming party Azure got down on his knee and asked his blushing girlfriends to marry him. The whole room was quiet as everyone waited for her response and quickly breathed a sigh of relief as she squealed “Yes!” 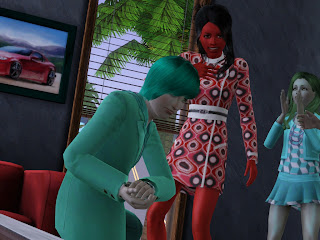 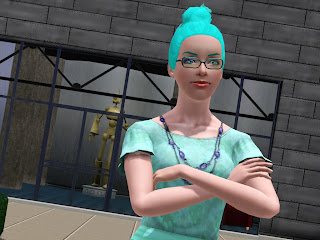 Though along with the good times came the bad as our family lost Great Uncle Minte in the Fall followed by Great Aunt Anglaise and closely behind two weeks later her husband Great Uncle Banana and in the Spring Great Aunt Sabayon. I could tell that the recent losses of her 3 siblings put a lot of strain on Grandma though she would be the last to admit it, the pillar of our family. 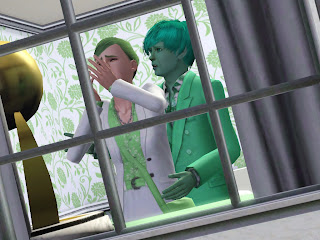 After graduation I found small acting jobs here and there as I preformed at our local theater. Working at the theater was no different really than when I was in the drama club in high school. Although I must say that some of my early work was a bit laughable such as the commercial I did for the pirate themed restaurant. 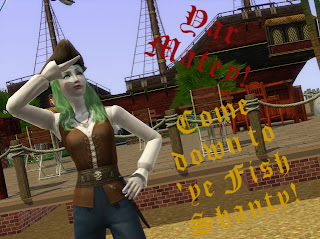 But my big break came when I was asked to be in a music video for The Cereal Kings playing the object of the band’s desire. Yeah I know, me? I was just as surprised. But they wanted to cast someone that was unknown and my Aunt put in a good word since she knew I was desperate to break in my career of choice. By the time it aired on television it was almost fall. With in weeks the music video was a hit and I was casted to do two more videos. Around the same time that I was casted for the next videos, Uncle Sunny and Aunt Punchy fell in love with a house in The Hills and quickly made the necessary preparations to move out of the city that they loved. 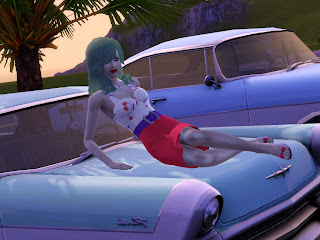 They were not the only ones that were moving. I had decided that it would be a lot easier if I moved to Briocheport instead of commuting every time I landed a new acting job. Fade would always accompany me with my apartment hunting whenever I would visit the city. It wasn’t until one night over dinner at my Aunt and Uncle’s that they knew of a two bedroom apartment opening up midtown that was rented by Aunt Punchy’s Stylist and that they could get me a tour of it if needed… 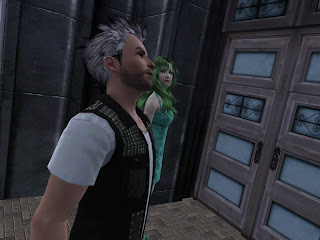 The moment I stepped into the apartment I knew it was the one for me. The downstairs was all one room with a half wall dividing the kitchen into a separate area. The upstairs contained a second bathroom and two spacious bedrooms. I ran into a few kinks with the rental process, being a first time renter and all. 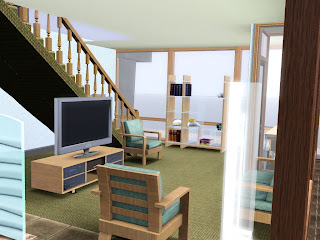 But eventually I was able to close on it with Grandma and Grandpa’s help as they co-signed my lease for the first year. 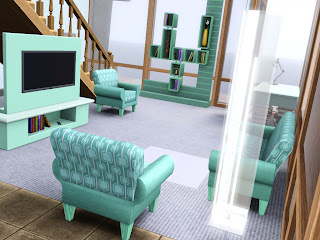 Not even two weeks later Bombay decided to move in and truthfully I was glad that she decided to live in the city with me. The short time with out her was incredibly lonely as I realized how dependant as twins we were on each other. I was shocked when I first saw her, her hair was short and sleek and her clothes had her looking like she belonged in Briocheport all along. Compared to me with my wavy hair loose and wild and my style looking like I still belonged back home. 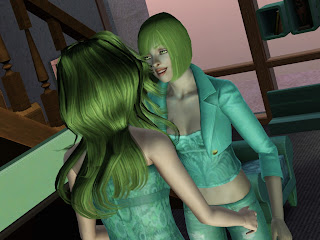 Things were going incredibly well and over time the last two music videos were released. I eventually became known as The CK Girl and actually was recognized on the streets of Broicheport. What a rush it was to have people asking to have their picture taken with me and for my autograph. 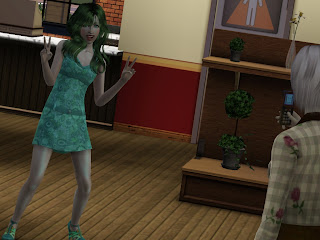 Around that time Fade started acting oddly and on more than one occasion I caught him and Uncle Sunny speaking in hushed conversations that would end whenever I would enter the room. 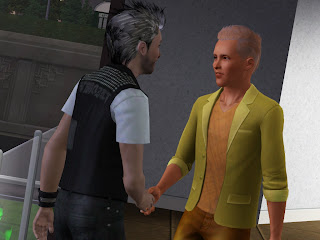 One night at Fade’s apartment I decided to ask him what was going on as he idly picked away on his guitar. The lazy sort of blues sounding song that emanated from his guitar had beautifully haunting quality to it like it was something that I’ve heard before but couldn’t put my finger on it. Fade had confided to me once after one too many drinks that he wanted to be a rock star when he was little. Sometimes he seemed at his happiest when he was playing guitar. 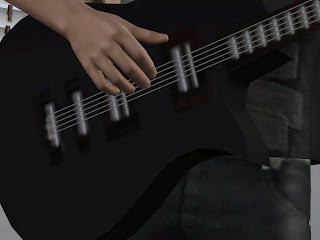 As he stopped playing and put down his guitar, looking over at me he repeated my question. “What is going on?” He asked as I nodded for him to go on. “Nothing right now, maybe one day.” He said shortly and refused to elaborate on the subject despite my insistent asking as he quickly changed the subject with an off comment. “I need to get some sleep; I’ve got to get to work early. It’s a pain in the … helping pay for two households.” 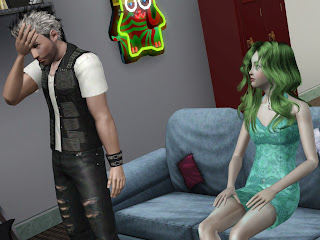 “Two household?” I asked questioningly as Fade eyed me for moment before looked away as he continuing on sheepishly “Yeah two household, my ma has a hard time making ends meet with 7 kids since my father left us when I was 9. So whatever I make I always give them at least half of it since they need it more than I do.” Fade explained embarrassed about his family’s situation. “So you actually can be a nice guy Fade?” I asked teasingly in hopes to lighten his mood a bit. 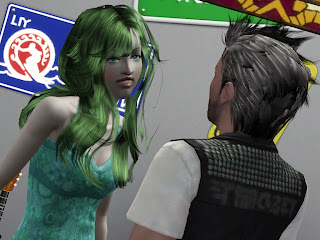 “I could be a lot of things if you would just let me.” He replied with a odd look on his face that I just mental brushed aside as I got up and tried to kiss him on his forehead but just barely brushed his temples and said goodnight to him before leaving. The following week I received a phone call from him asking me to meet him in front of his apartment at an ungodly hour the next day before he left to join my Aunt on tour because her guitarist had to leave the tour suddenly due to personal differences. 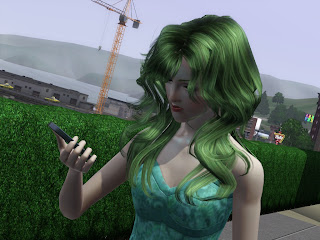 “So what do think?” Fade asked me as soon as he saw me hurrying up the sidewalk that morning. I could tell that he was ecstatic about this by the spark in his eyes while he tried to play it off cool and like it was no big deal. “I think its great Fade!” I exclaimed as I tried to catch my breath before speaking again. “So is this what my Uncle and you have been talking about in secrecy?” I asked him. “Well this and that.” He replied vaguely in a way that he knew would catch my interest. “Alright then, what else did the two of you scheme?” I asked him impatiently. 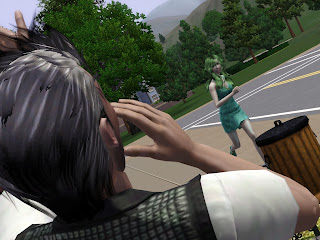 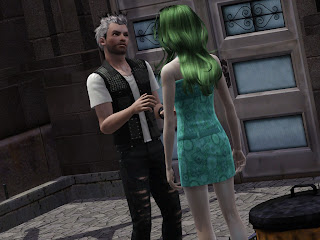