As Fade slipped away from me physically he wrote me constantly. I never figured him for the kind of guy to actually write letters in this day in age but there was something endearing about holding a piece of paper while you read about the writer’s thoughts, concerns, adventures, and how they missed you. It always put a smile on my face as I shuffled through the envelopes containing bills and other things to see my name and address written out in his handwriting. 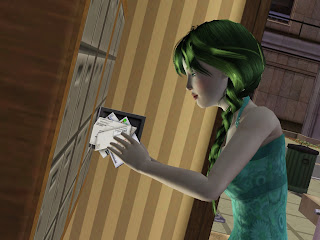 Along with the letters came some concert photos and I had to admit Fade looked good on up on the stage silently playing his heart out like some guitar god that he was always meant to be. 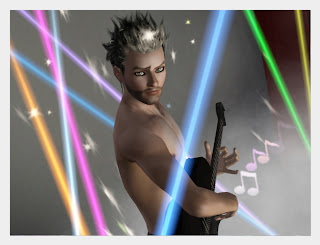 Although I honestly didn’t care for some of photos, especially the ones with him and Fleur. Fleur, what kind of a name is that? Even her name irritated me as I read it when ever he mentioned her. “Fleur is so fun to hang around with.” “Guess what Fleur and I did …” Blah… As I starred at the photo I decided that I disliked everything about her from the way her barely grey hair was in a cute updo to her smooth white skin that complemented his ashen tones. 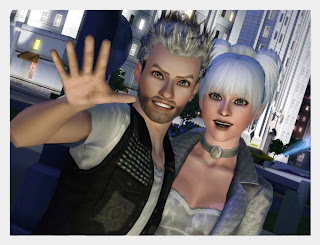 Sighing to myself I put the letter along with the photos back into the envelope and shuffle it back with the rest of the mail as I went back along my day. They had been gone for a few months now touring, Aunt Punchy, Uncle Sunny, my cousins and Fade. It brought a smile to my face to think of what sort of adventures my little cousins might get into as they traveled the world like Bombay and I once had. Would they find love in far away places or would they mischievously cause chaos? 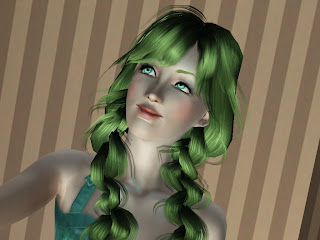 As my career started to progress I eventually had to find an agent and I found one in Ms. Gelli Berliner. I met her on the set of one of those after school movies specials; we had just finished filming the house party scene. She was a shrewd woman with a stern face that I would hate to be on her wrong side though she had proven quite her worth as an agent in getting me a role in a big studio production movie shortly after I signed with her. 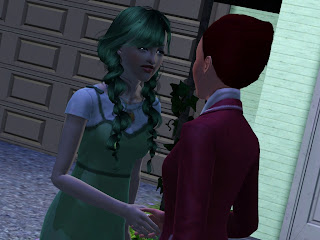 According to Gelli there were a few things that I need to change about my look. “Not that there is anything really wrong with how you look now but you could always look better, especially when you are out and about. You don’t want to look frumpy while your pictures are being taken by the paparazzi…” She trailed off as I stood in the stylist’s station nervous about what ever changes might occur, especially if I didn’t like them. 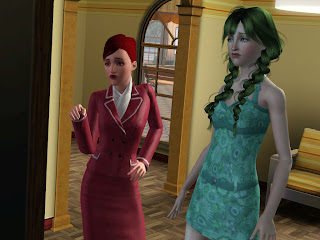 When they were done I nervously looked in the mirror. A pair of teal eyes stared back at me from a face of a girl that was framed softly by jade colored hair that pooled gently around her shoulders. Cell phone suddenly chirped as a text came through; tearing my gaze away from the mirror I saw that it was from Fade. The tour had ended but he wouldn’t be back for another few months and if he could crash on my couch when he got back? 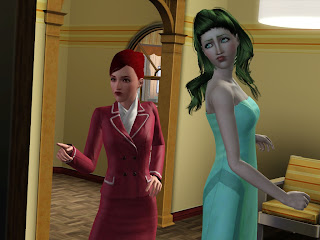 Gelli also pushed for me to get my face out there by attending charity events and fundraisers. The high-end galas were a great place to make new contacts as Gelli introduced me to directors and other studio bigwigs that she had clients previously work for. “Hypnotiq this is Miss Sass Prilla.” Gelli said as she introduced the legendary Sass Prilla to me, a famed starlet from my Grandmother’s time. “Please call me Sassy dear.” She said as she elegantly pronouncing every syllable properly the years of having a dictation coach very early in her career was evident as it was with the older actors and actresses of yester year. 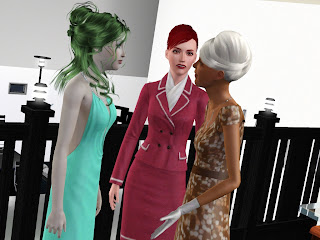 Sassy and I talked for a while as we were served drinks and Hors d'œuvres from the servers that walked around with their little trays that bore petit culinary perfections and drinks that were filled to the brim of the finest bubbly nectar. Gelli eventually excused herself to go chat with another client leaving me to listen to Sassy’s stories of her younger years in the industry and littered through out each one was a far from timid affair or two. 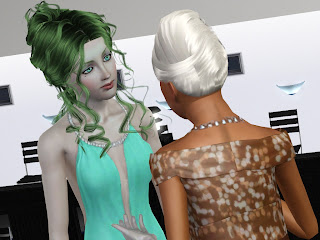 As the crowd parted I saw him standing there, the boy that fueled my first crush, the teen that would go on to be my first was now the man that was taking my breath away from across the room. “I say dear, what are you looking at?” The aged starlet asked me. “That man across the room.” I said as he turned his head and caught my gaze, with a smile and a nod he began to make his way across the room. “Oh that’s Senator Hawaiian; he’s followed in his father’s up to his great grandfather’s footsteps. Who by the way cause quite a stir with me, when I was your age though he was quite older. Oh those were the days, you know he...” 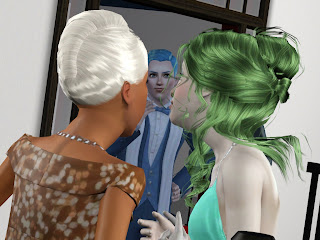 “Excuse me Miss Prilla but I don’t think I’ve met your friend here.” Blue said smoothly to her as he interrupted her. “Senator Hawaiian, you know better than that call me Sassy. Anyways this here is Hypnotiq Meringue she is a rising star on the make just like me in my day.” She said introducing us. “But Sassy you still are in your day.” He insisted just as smoothly as before. “Oh you, well I’ll leave you two kids alone. Something or someone has caught my eye. It was nice meeting you Miss Hypnotiq and good to see you again Senator Hawaiian.” Sassy before going off in pursuit of whomever she saw. 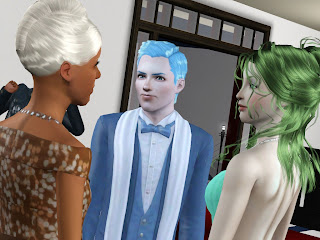 “So we meet again.” Blue said that age old line as soon as we were alone. “Yes, we do Mr. Senator Hawaiian. It’s been awhile.” I said looking into his eyes feeling like a teen on her first date. “Yes and how you have grown…” He said trailing off to give me a once over. “Is this how you got elected?” I teased with a raised eyebrow. “Surely you know how I got elected, you’ve must have voted.” He countered back to me “Actually no I’ve never had and don’t really plan on starting to.” I answered honestly which surprise him but only temporarily as he smoothly recovered with one of his well known confident smiles. I couldn’t help but wonder how many of his voters were women as I finished my nectar cocktail in one swift gulp. 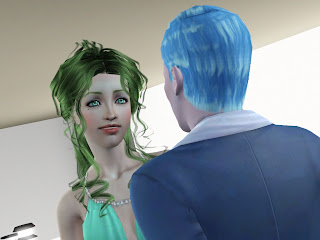 Perhaps it was the nectar that I continued to drink that night or it was the giddiness of seeing Blue once again but we eventually discreetly (Gelli would have kill me if I had gotten a picture of me leaving a party with some random political head) wondered out of the hall and through the corridors of the famed Berrywood Hotel that the event was held at. On the way out we were accosted by people that had come out to glimpse at Briocheporte's elite and famed stars. I couldn't help but sign an autograph or two as it made some of them so happy. 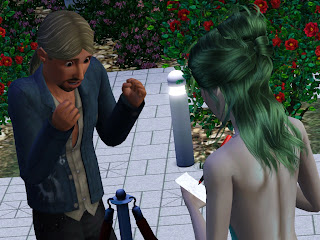 Luckily Bombay was out of town for something that had to do with her recent job at the New Station, she explained the other day over breakfast early today that it was their version of hazing sending the newest employees out to cover the ‘lame’ stories. I know in hind sight that maybe rushing into this with Blue once again might have been a repeat from teenage days but truthfully I didn’t care and maybe for once I was starting to believe that maybe it was just a little bit of fate that kept pushing us together. 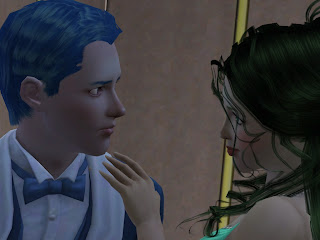 So maybe that’s why on the ride up I took matters into my own hands instead waiting for him again, when the elevator stopped at my floor we quickly made our way to my bedroom. Step by step up the stairs articles of clothing were shed before we finally made it to my bed. After that well I can guess that you know what happened next… 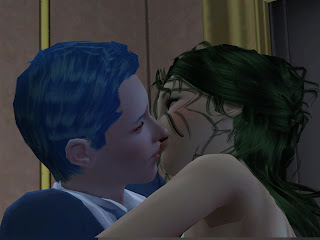 Afterwards I still felt as giddy as a school girl; this was how it was suppose to be. After all this time, it was supposed to be Blue and me together. “I still can’t believe that… well you know…The two of us.” I said with a little bit of a giggle before continuing “Bombay is going to just die when I tell her.” Blue didn’t reply at first as I watched him move to the edge of the bed and sighed. “Hypnotiq you really can’t tell your sister what happened between us tonight or for that matter anyone else.” He said with his back turned to me. “Why?” I asked that simple one worded question that many people have asked before as they hoped for a different answer than whatever one they were about to receive. In all that time that I had last seen Blue I had rarely ever read a newspaper or kept up with his world. If I had it would have prepared me more than I could imagine finding out what I did in the moments following. Taking a deep breath he answered me still turned away from me as if it could shield him away from my reaction. As he held up his hand I could see from a shimmer of a glint a ring that I some how overlooked before and he said. “I’m married.” 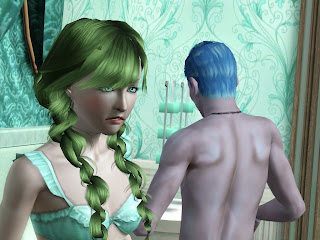