Tried to be nice about this...

But now I am really pissed off. Today I discovered someone was uploading stripped down(as in no CC) versions of my sims, that had their hair and eye coloring changed and made as an Adult instead of a Young Adult. None of their Facial features were changed. (Facial features that I took a lot of time tweeking especially in Jin's case and a flipping year in Ashen's case since thats how long my legacy story has been going on and he is in the 5th generation.)

And that is where my problem lies because it would be one thing if they just picked a random sim out of there sim bin that it happened to be mine and they changed it to a completely different sim but hell the only things they've changed was really the hair and eyecolors plus giving them EA skintones. Not a damn facial feature was changed so basically it still it my sim just with a few superficial changes.

First I it was my Jin from Tekken that was uploaded by this person that evidently was never taught manners or how to respect other people. 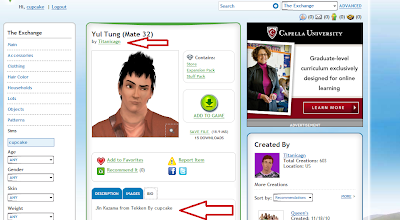 Then there was Hiwa. 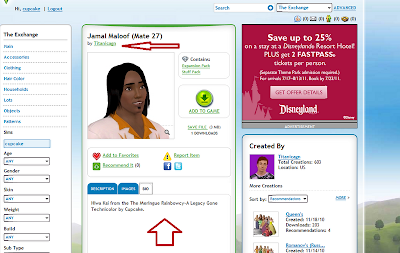 And the final straw was Ashen (what have they done to you?!?!?) Incidentally the only one that they removed the "made by cupcake" bit from. But I'd recognize that flippin' eye shape anywhere that most of the descendants of Roq have gotten not to mention all of his other features that he inherited from Fade) 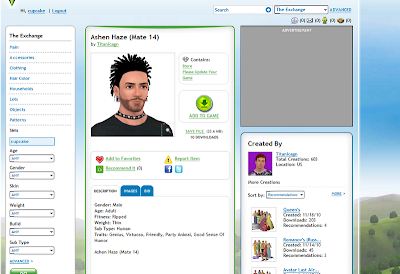 So I decided to send out a friend request so I could politely ask them to take my sims down from their studio. It went something along the lines of

"Thank you for accepting my friend request. But I am going to have to ask you politely that you please remove any of my sims that you've uploaded to your studio. This includes but is not limited to Hiwa, Jin and Ashen. I share my sims in my studio so others can enjoy them also. Please do not be the reason why I will discontinue doing so."

But no they choose not toe. Instead they deleted my comment and defriended me immediately with out even the common courtesy of a reply. You know I could have just done this in the first place instead of trying to be nice and talk to the person first.
So I am asking for my readers help in reporting my plagiarized sims. The following links are to the plagiarized sims.

Ashen is very sad about being plagiarized 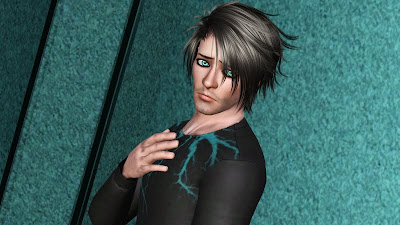 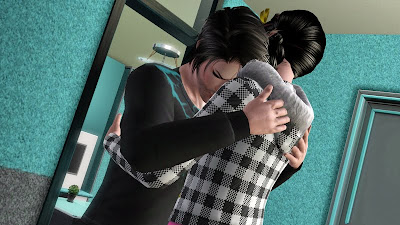 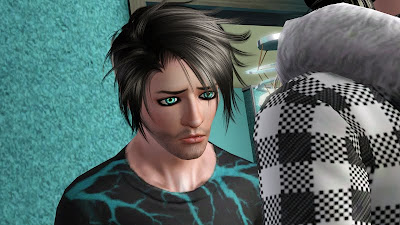 This is rich the person that re-uploaded my sims after deleting my comment,defriending me, and taking the commenting thing off their page changed their bio to this. 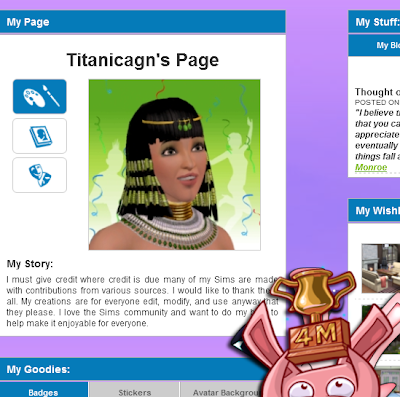 Funny I don't remember personally contributing any of my sims to them nor giving them permission to be re-uploaded.
Now see I am starting to think that this person reads my blog since right after I put that up they did this 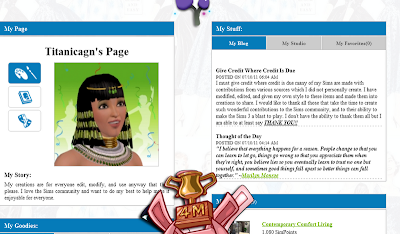 I don't think I am being ridiculous but I don't want credit what I want is for my sims to be taken down and if this continues like this then I will probably end up deleting my studio in the future so I don't have to deal with something of this nature again. So I invite you Titanicagn if you are reading this (and I think you are since you change you page everytime I add something here) how about a comment here where I am now offically calling you out. Since you've yet to remove my sims. Even though you've admitted to taking other people's sims and re-uploading after giving them a makeover.
Posted by cupcake at 9:51 PM