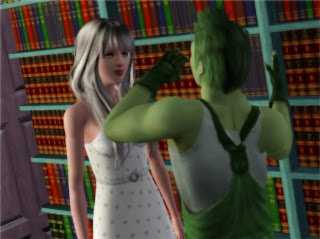 “Excuse me miss. I couldn’t help but notice that you look like you might need some help.” He said sympathetically. “Um I sort of broke my toilet.” I confessed feeling slightly embarrassed. “So you must have a Bargain John?” He asked with a bit of a smile. “A what?” I asked back feeling even more confused. “It’s a brand of toilet, quite well known for its constant breakings. By the way my name is Mojito but most people just call me Jito, what’s your name?” Jito asked “Its Vanilla, Vanilla Meringue.” I said as I shook his hand. “If you would like I could fix your problem, I actually work as a handyman. I could have your toilet running in no time.” Jito offered. “I would love that, but I don’t have any money to pay you.” I admitted sadly. “Its alright consider it on the house, not to long ago I came to Sweet Valley with nothing besides the clothes on my back. So I know how things can be, when you are first starting out.” Said Jito assuringly. 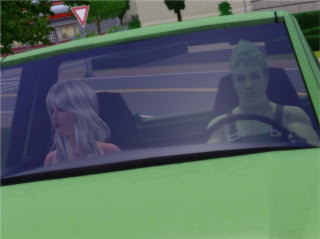 On the way back to my house Jito told me about him moving from Pestopoli to Sweet Valley to start a better life for himself. He explained that Pestopoli was ruled by a dictator referred to by the people as The Green Giant. I in turn told him how I tried to fix the Bargain John with a hammer, which seemed to quite amuse him. I’m sure that if I ever see him again after this, that he will never let me live that down.


While at my house Jito was quick to fix the toilet and instruct me on what to do when this happens again. Afterwards I invited him to enjoy a meager dinner consisting of canned soup. 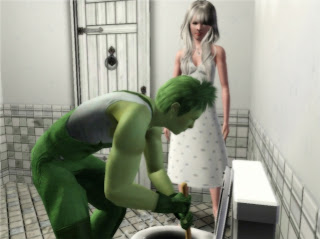 Over the meal of condensed soup we talked about many things, as I skillfully dodged the reason why I can to Sweet Valley. After dinner we were talking about my new job when I slipped up mentioned back in Sugaria, that those who had known me would be shocked to find me as a working. “You know Princess,” Jito said jokingly “The way I see it now you are just like the rest of us.”

“I’m not a Princess, never was and never will be.” I said indignantly feeling my cheeks flushed with anger. “Whoa, I didn’t mean anything by it Vanilla.” Jito said defensively. “I know I’m sorry, you’ve just been really nice to me and I just go and bite your head off at some little comment.” I apologized quickly realizing my temper had almost got the best of me again. 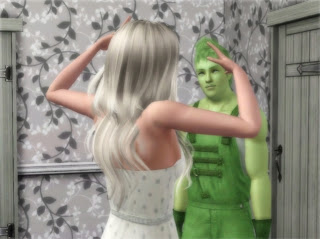 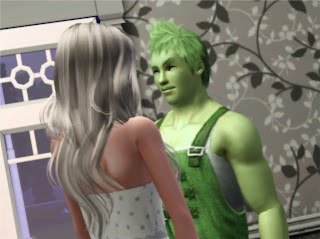 “Well you know how you can make it up to me.” Jito said with a sure smile playing upon his lips. “Are you getting fresh with me?” I asked feeling a bit shocked at his audacity but also slightly enjoying it. “No, I wouldn’t dream of being disrespectful towards you. But I do like you and would like to take you out tomorrow night, perhaps to celebrate your first day of work, yes?” Jito asked looking right into my eyes making my heart flutter. “Yes, no, I mean yes definitely yes.” I replied feeling flustered with those cool green eyes still staring back at me. 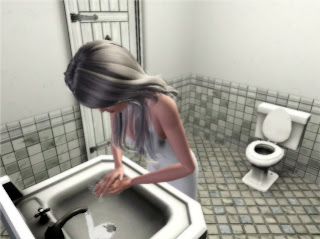 After finalizing our plans for tomorrow together Jito and I said our goodbyes and goodnights. I grabbed a few night time necessities from the luggage that still remained by the door and quickly got ready for bed looking forward to what tomorrow held. However my sleep and the dreams that awaited me were not so promising.


“Don’t you realize the choice you are making Vanilla? You have the opportunity to help unite Sugaria, something that hasn’t been done since the 300 year civil war began. And you turn all of this away because of love?” My father’s angry voice echoed through out the dining hall. What should have been a peaceful meal with the announcement of my finalized arranged marriage to the heir of the Mallow family. A marriage that I knew very well would bring our country back together but the thought of actually going through with it scared me beyond my means. 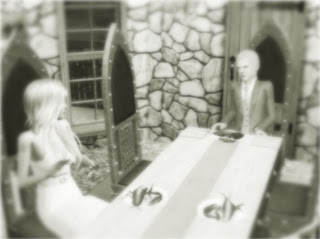 “Father please don’t make me do this, I beg of you.” I pleaded as I felt the tears begin to well up in my eyes. “Vanilla ….. Vanilla do you not even remember your namesake? Its a name that invokes pride in Sugarians, because of the third Vanilla’s sacrifices for Sugaria. Its your duty to go through with this marriage, your duty to Sugaria.” My father said calmly trying a different approach to perhaps soothe me over. “But father I don’t want to marry him, I don’t love him, nor do I even know him. Mother please help me.” I started to plead to her but those pleas were heard upon deaf ears as she turned away from me. “Father” I started to plead my case again but was stopped as he slammed his fist upon the table, sending echoes through out the hall. 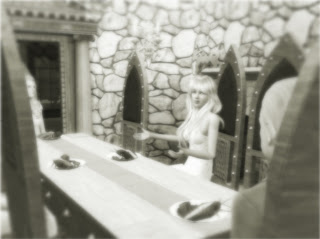 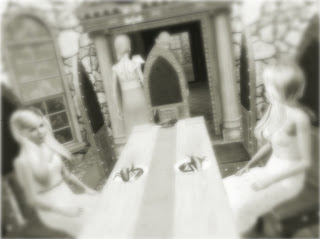 “Vanilla, if you choose not to go through with this marriage then you’re choosing to turn your back on Sugaria and your family.” My Father warned me in an ominous voice. Holding my head high I spoke the words that would forever change my life. “Then that is my choice.” I spoke calmly looking him in the eyes as the tears rolled down my cheeks. “Then your fate is sealed and by this time tomorrow you will longer reside in Sugaria. I suggest you pack what you can now because whatever you leave behind you will never see again.” He spoke in quiet yet commanding voice, as he turned and walked out of the room with my mother, my sister sighed and shook her head in distain. This moment would mark the last time I would see my family.