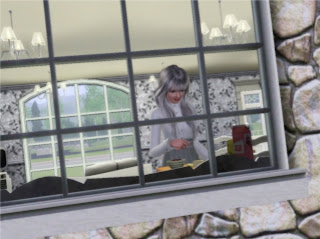 The next few weeks flew by so quickly that I barely knew when my feet touched the ground. Everything was going so great, it was hard to believe not to long ago I had arrived in Sweet Valley alone and basically helpless. Now I was able to cook a simple meal without burning it and pay bills on time. Most of all I was thankful for the kindness that Jito showed me. If I had never met him in the library that day things would probably have be a lot more difficult for me. 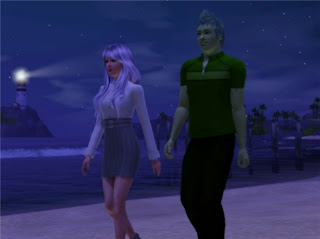 Speaking of Jito we’ve become inseparatable in the short time that we’ve known each other. I’ll never forget our first kiss; it was down at Peppermint Pier a favored hang out for the locals. The sky was an inky shade of blue dotted with small silvery stars peaking through clouds; the moon was full enough to illuminate the night. The sand was cold on our feet as we walked barefoot along the beach; I had finally confessed what had brought to Sweet Valley. Jito told me that he admired my uncompromising stance on what I believed in, even if it meant the loss of everyone and thing that was dear to me. 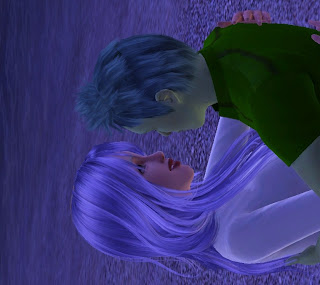 It was then he took a hold of me and dipped me down. I could feel the tips of his fingers pressing through my dress on my back. Looking into my eyes he huskily said to me “Be my angel Vanilla. Be my girlfriend, my beautiful one” Lost in his icy mint green eyes I agreed and then he passionately yet gently kissed me. 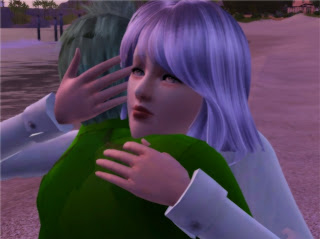 The more time we spent together the less I could imagine my life with out him. When I woke up my thoughts were with him and when I went to sleep my dreams were about him. Things between us were progressing quickly but I didn’t mind, I was completely smitten with Jito. Things were going great and I didn’t have a care in the world. 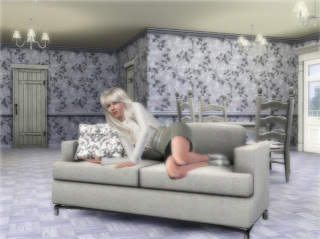 But sometimes the heart beats louder than the brain practicality and we do things that we wouldn’t normally do under normal circumstances. I was at work when it began, penciling in appointments and sipping a glass of cucumber water that I had poured from the lounge. When it hit me, I barely made it to the bathroom before the vileness expelled itself from my stomach through my mouth. Luckily my boss excused me and I was able to catch a cab home. By the time I arrived at home though it started up again. Not feeling well I curled up on my couch and decided that if I was still feeling as horrible as I did then tomorrow I would stop at the clinic to see a doctor.

Unfortunately by the next day the nausea still remained and almost seemed worse. Not interested in breakfast I just tried to sip on some tea mint tea to sooth my stomach. After I finished with the tea I called Jito to let him know that I wasn’t sure if I would be able to make it tonight. He was sweetly concerned which made a smile play upon my lips as I assured him that everything was fine and I was going to stop by the clinic. 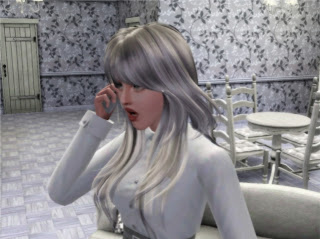 When I arrived at the clinic in the hospital I couldn’t help but feel a little nervous. I had never been in a hospital, we had had our own private doctors back in Sugaria. Sitting in the chairs that were provided in the waiting area I glanced around at the other people that were waiting. None of them appeared sickly save for a few that coughed every now and then shifting restlessly in their chairs. Breaking through my thoughts a nurse called out “Miss Meringue the doctor is ready to see you.”
Posted by cupcake at 2:25 AM