Pregnant? The word played itself over and over in my head the whole way home. Even when I had settled myself on the cough with some saltines and ginger tea as my doctor had suggested, it still was being chanted in my mind. Horrified I began to wonder what my parents would think. Then I realized bitterly that it wouldn’t matter since I was considered a lost cause that was banished. Emotions surged through me ranging from disbelief, acceptance, and denial. Completely and utterly lost in the confines of my mind I barely heard the knock at the door. 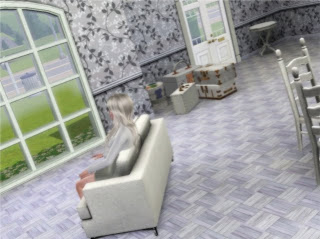 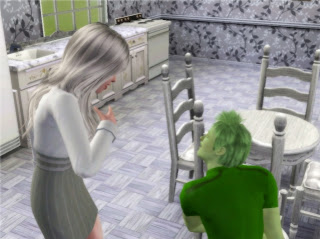 It was Jito. Sighing to myself it was the one time that I didn’t wish to see him. We stared at each other for a moment through the pane of glass in the doors before I let him in. “Jito I have something to tell you.” I started out to say before he stopped me. “Vanilla, wait, I know you are not feeling well but I can’t put this off any longer. I’ve been trying to muster up the courage all week and I had everything planned out for tonight until you called me last night. But seeing you right now I realized that all I need is you so Vanilla my angel will you be my wife?” Jito asked as he got on one knee and pulled out a tiny box. Fumbling with it he opened it up and held it towards me, in it contained a ring.
“Oh Jito” I said breathlessly as all my fears and doubts melted away at the sight of him bearing me a ring and asking me for my hand in marriage. “Yes, yes I will” I managed to say as then slipped the ring on my finger. 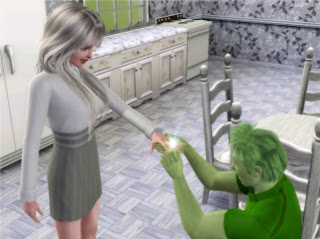 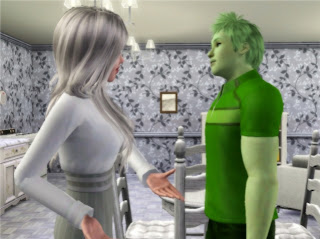 “Jito, I really have to tell you something. I’m pregnant.” I announce looking toward him for his reaction. As if were possible I could have sworn his smile grew larger than when he slipped the ring on my finger. “That is wonderful” He said as he grabbed me up and spun us around. “Oh no please don’t do that.” I gasped as my stomach did somersaults. “Oh I’m sorry.” Jito apologized immediately putting me down. “Jito we need to get married before I start showing, it would be scandalous if we didn’t” I said firmly. “If it suits you we will get married as soon as possible but you should know in this day and age that two people don’t need to be married to have children.” Jito pointed out to me. 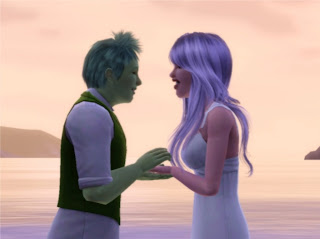 With some quick planning our wedding was on the way. It was a small affair held at the beach where we had our first kiss. I wore a simple yet elegant dress that I had brought with me from Sugaria since we didn’t have that much money to spend with our modest salaries. Jito looked so handsome in his suit and tie. We may not have had much but now we had each other for ever.
It wasn’t long before I started showing. Jito and I were so excited and every day as my belly grew larger so did our excitement. Everyday we looked forward to meeting our baby. At night while laying in bed we would joke about who are baby would take after and Talk until the both of us were exhausted about what are hopes and dreams for the baby were. Jito hoped for a rough and tough tumbly little boy and I hoped for a sugar and spice little girl. 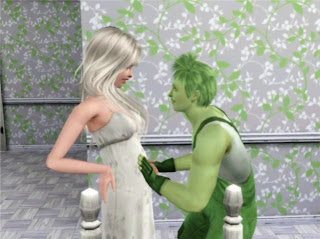 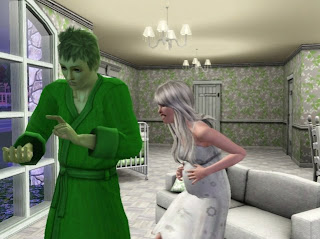 We tried to plan and prepare as much as we could for that day. We read books, went to all of my appointments together, got a crib, some neutral colored outfits and stocked up on diapers. We had just finished putting together the nursery and had settled down on the couch together to watch a movie when my water suddenly broke.
Posted by cupcake at 2:32 AM