A few hours later they were in Riverview. Parking the car they headed up to the cottage. "Hello, you must be Petronia and Xiang. My name is Mabel I am the caretaker of the cottages." The lady waiting for them on the porch said. 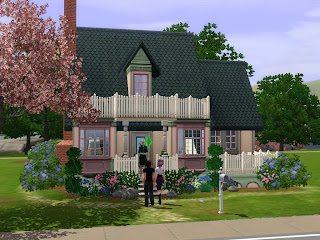 "Let me show you around."Mabel said as she lead them into the house. "This is your living room, over there is your kitchen and dining area. Through that door leads you to the bed room, the other one to the bathroom, and the third one to the inclosed porch." She said as they stood in the living room. "Outside you have a garden in the backyard, along with a pool and firepit." 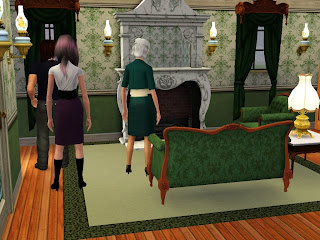 Walking out of the house with Petronia and Xiang they said goodbye. Petronia headed out to the backyard to check it out. While Mabel gave Xiang the keys "Now if you need anything just call or stop by. Alfred will be down to help you, we live in the large white house down the street." Then she began to babble on about how she makes the best Ratatuoille in the town. 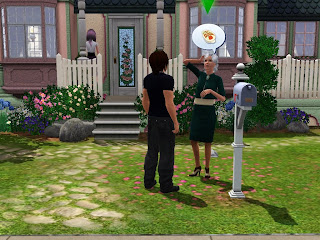 After she finally left Xiang headed out to the backyard where Petronia was lounging under a tree. Taking her lead he sat down in the lounge chair besides her. " So now that we are together alone, just the two of us. What would you like to do?"He said with a wink. Giggling Petronia said "We weill havee enough time for that later." With a laugh Xiang replied "Well then how about we go to fishing then? Maybe we will catch us some dinner." 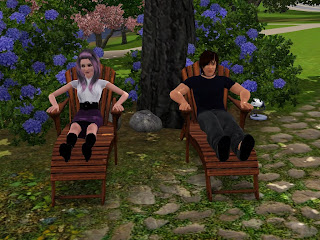 They found some fishing poles and headed behind the house where there was a river. Standing on they river banks they fished. And fished, and fished. Until it became apparent that they would not catch anything. 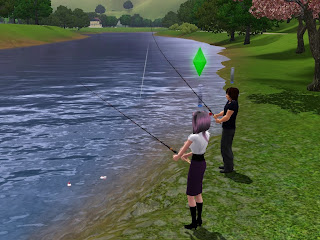 So they headed into town, stopping at a local resturant to eat dinner. Petronia ordered the salmon that they didn't catch and Xiang ordered the special. 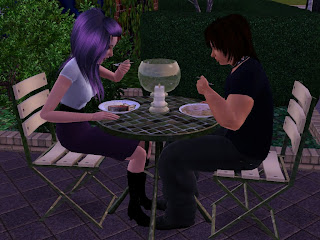 After dinner they headed back to the cottage. With a quick change they were in their oddly matching swimsuits ready to jump into the pool. Xiang playfully splashed Petronia. 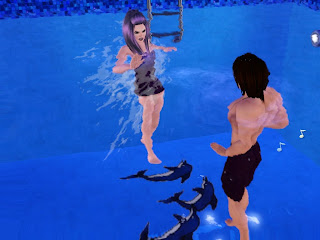 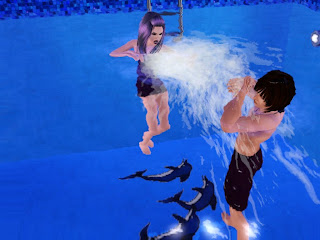 Drying themselves off they walked over to the fire pit. Xiang lit the fire and then they sat down relaxing in the chairs. 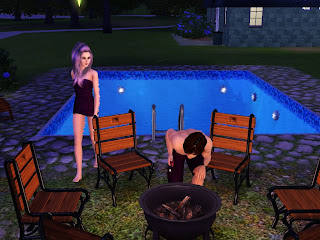 After a quick run into the house Petronia brought out some marshmallows for them to roast over the fire. 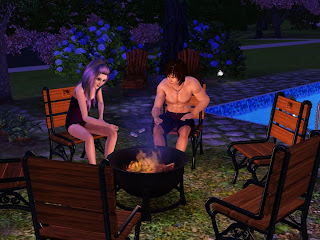 They were too busy to notice that Xiang's marshmallows had caught on fire. Feeling tired after the long day they decided to retire to the bedroom 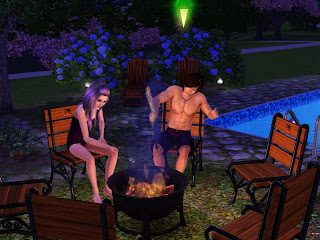 Petronia changed into something a little more comfortable. 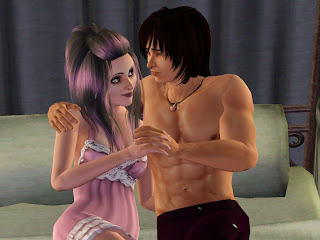 Pulling her in for a kiss Xiang whispered " I love you." Petronia pulled away looking deep into Xiang's eyes said "I love you too." before kissing him back passonately. 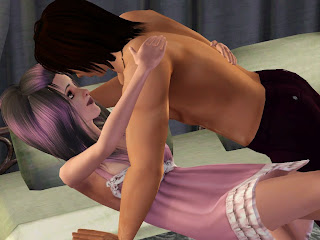 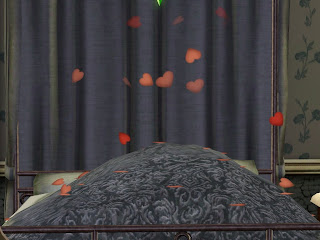 Not wanting for this perfect day to end yet they stared into eachother's eyes trying to stay awake. 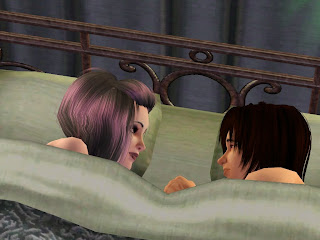 However niether of them could resist closing their eyes for just a moment and before either of them knew it they were both fast asleep. 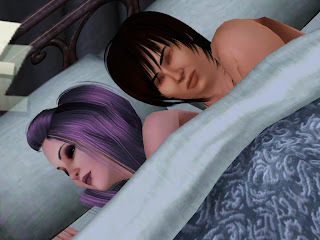 Meanwhile back in Sunset Valley.

"Oops. How are we going to explain this Gary?" 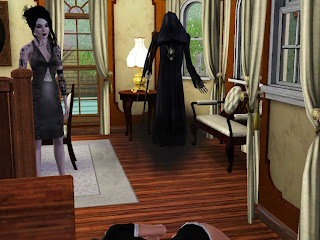