Later on that day Petronia met up with Fiona at the bistro for bite to eat. When Petronia’s cell phone rang. “Hey sweetie we are already here at the bistro.” Petronia said answering the phone. “I’m not going to be able to make it today. I’ve been called into an emergency meeting. Whatever you pick out will be fine, just keep me updated.” Xiang apologized. Then they said their goodbyes and Petronia turned to Fiona “Xiang won’t be able to make it today.” She said as she put her cell away. “That’s alright if you want we can skip eating and get straight to the houses. There are not that many to show, just about 3 houses I believe.” Fiona replied looking at her watch. And with that they left the bistro in search of the perfect house for Petronia and Xiang. 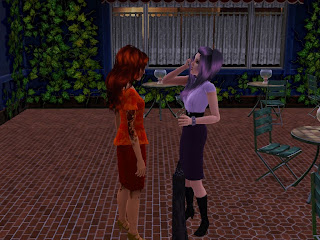 “Alright on to the first house. It was recently built about not even 5 years ago, it’s a little more modern than ..” Fiona was telling Petronia before she was cut off. “Modern is not really the kind of house I am looking for. Does not seem very child friendly.” Petronia said staring down the house. “Petronia are you expecting?” Fiona asked surprised “No, not yet. But I think we both would like a house that will accommodate that in hopefully the near future.” Petronia said with a slight blush. 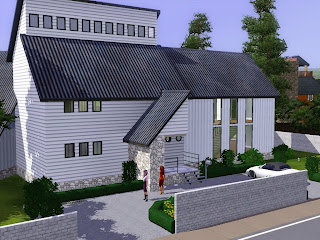 “Well this next house is a Tudor style house built about 15 years ago with 4 bedrooms and 5 bathrooms, an office, garden, nice size backyard and a carport. Excellent if you have a large family in mind. It has been on the market for about a little over a month now” Fiona said thoughtfully. “Its a lot better than the first one that you’ve showed me.” Petronia said. “Well as always the best is saved for last and I think this will be your house.” Fiona said confidently. 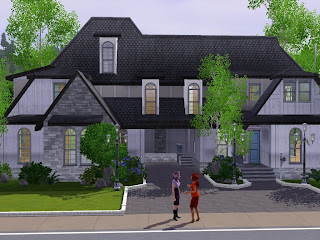 “Ok, well there is only one other house on the market right now. It is the oldest house in Sunset Valley, it’s a bit of a drive from town but it is still this jurisdiction. The pervious owner recently past away, most of her family lived in other areas decided just to see the house as is. Its in great condition, might just need a fresh coat of paint but besides that it has all of its original fixtures.” Fiona said quickly rattling off the features stopping only for a moment to take a deep breath before continuing on. “It has 3 bedrooms, 3 bathrooms, a playroom, full kitchen, dining and living room area, pool with all original tileing, also has a small pond with a bridge, small garden, play area for any kids you might be having in the future and a separate office. Plus just look at that view you have a waterfall almost in your backyard.” 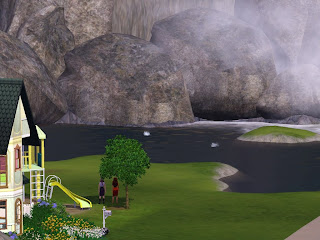 “It’s perfect.” Petronia said breathlessly as she looked at the house. “Where do I sign?” With a snap of Fiona’s fingers a document appeared. “Just sign on the dotted line and its all yours.” Fiona remarked as she handed it to Petronia, who quickly signed the paperwork. “What about my old place?” She asked. “When you figure out what you want to do with it give me a call and it will be taken care of.” Replied Fiona. “Well let’s go back to my place and give everyone the good news.” Petronia said as they got into her car. 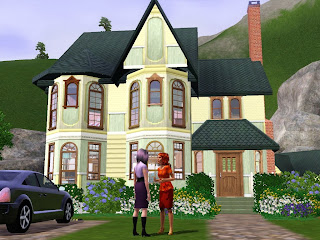 When they had arrived back at Petronia’s and Xiang’s house, they were surprised to see that Gary and Fallon had attempted to make everyone dinner. Shortly afterwards Xiang got home. Sitting down at the table everyone dug in…… “Mmmmm this is wonderful.” Petronia said trying to force down her first forkful. Xiang however wasn’t as good of an actor nor was expecting the food to be so much more horrible tasting than it looked. “I hope you too didn’t leave a mess for them to clean up.” Fiona said not even touching her food just yet. “Well I have a big announcement.” Petronia said loudly trying to catch everyone’s attention. “I’ve found Xiang and I, a house that is perfect for us. And I’ve decided to let Fallon and Gary to continue to reside here after we move. Because Xiang and I would rather not have anymore house guests that end up not leaving.” Petronia added with a short laugh. 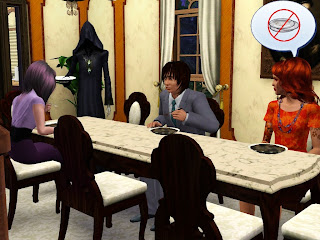 “So are you and Gary an item now?” Fiona asked Fallon “Pffftttt no. You know me better than that. As I’ve said many times before there is no man, demon, or otherwise that will be taming this shrew.” Fallon laughed. “With that I am off to bed, I’m sure we will have a lot of packing to do tomorrow.” Xiang said as he and Petronia excused themselves. “You know this isn’t half bad I don’t know what they rest of you were making faces about. If I wasn’t so good at what I do I’d become a chef or something.” Fallon said as she dug into her food. “Please don’t ever even think about joke around about that.” Fiona said feeling a little queasy. 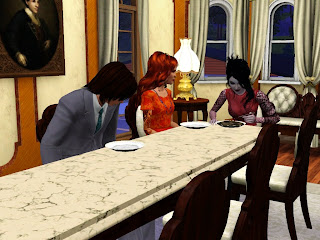