Petronia stepped off the elevator into Lucy’s office a distinguished and familiar red glow greeted her emanating from every surface and its owner . Walking towards the desk, she sees and odd sight of Lucy typing away on her computer. Acknowledging Petronia, she quickly looks up “Be seated please.” And then goes back to typing quickly. With a few clicks of her mouse and the sound of a printer turning on, she finally closes the laptop. 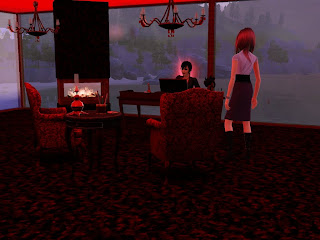 “Its time for you to start working for me, I have your first assignment.” Lucy says seriously. “What is my first assignment?” Petronia asks curiously. “You will be going back to Riverview tonight.” Lucy pauses while Petronia is about to ask a question she continues on as she walks over to the printer. “You will not be traveling there by any normal means, which would take too long. You need to be back here before anything is suspected the most time you’ll have there is 15 minutes to make contact with our there. The way that you’ll be getting there is teleporting.” Shocked Petronia says “But I’ve never teleported before, Tolie….” Lucy states under her breath giving Petronia a sharp look that immediately quiets her while folding the piece of paper. “I told you never to mention that name again. It’s easy all you do is think of where you want to be and just let go. If you can’t do it then I’ll give you a push.” She says with a smile while tossing to Petronia the folded piece of paper. “Won’t this be upsetting the balance?” Petronia questioned suspiciously. “That is for me to know Petronia, let me tell you this I am in no way upsetting it. Go on lets see you try to teleport. Its so easy you’ll wonder why you never tried to before.” 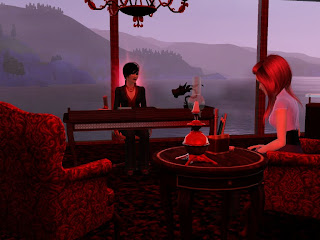 With a frown Petronia closes her eyes and begins to think of her destination. Slowly opening her eyes she is surprised that it is actually working. Suddenly she feels a pulling sensation starting in the pit of her stomach spreading to the rest of her body“What the….” 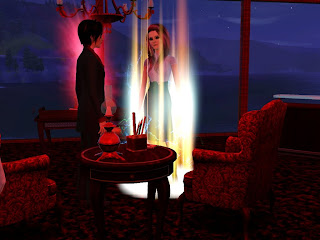 And suddenly she is in Riverview. “Oh I’m going to be sick” Petronia says feeling her stomach lurch. The figure standing in front of her ignores this statements and waits for Petronia’s stomach to subside before turning around. 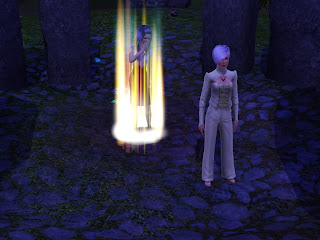 As she turned around Petronia saw that it is Aurabella “Don’t worry most of us feel that way with our first teleporting” Aurabella says smirking. “Aurabella you’re the?” A stunned Petronia asks handing her the folded up paper. 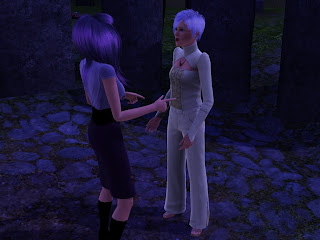 “Yes it ‘tis I.” said Aurabella still smirking. “But why? You’re the closest person to Aeridaius and you are betraying him.” Petronia asks . “Who knows why anyone does anything. As for my betrayal as you put it I have my own reasons that are none of your business. Why did your mother make the choices she made?” Asked Aurabella losing her smile and replacing it with a look that mirrored the way Lucy had looked at her just minutes ago. 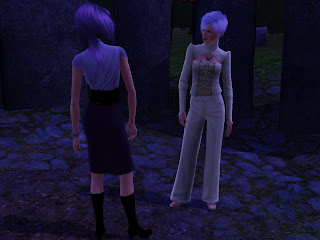 “My mother what does she have to do with any of this?” Petronia asks feeling her temper start to rise. “You really don’t know do you. Maybe I should….” Aurabella was cut off by that same pulling sensation as Petronia feels herself begin to teleport again. 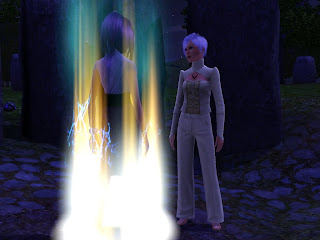 Finding herself back in Lucy, Petronia looks around angry. “You were there over 15 minutes. I had to bring you back.” Lucy states quietly. “Tell me what I don’t know. Aurabella mentioned something about my mother and I know that you know exactly what she was talking about.” Demands Petronia. 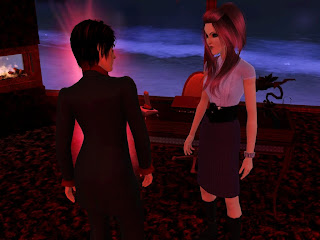 Not looking surprised Lucy looks at Petronia for a moment seeming to stare through her. Then suddenly she grabs her arm dragging Petronia behind the fireplace to where her mirror was. “You want to know? You really want to know? You want to know about your Mother? Well take a look and you’ll find your answer.” Lucy says with anger dripping from her voice while shoving her towards the mirror. Petronia looks into the mirror and is shocked at what she sees. “Your mother was one of them and this is what the others see when they look at you. This is the reason why Aeridaius let you into his precious town.” Lucy says quietly releasing Petronia, and then she walked back over to her desk. Petronia curiously follows sitting back in the chair. 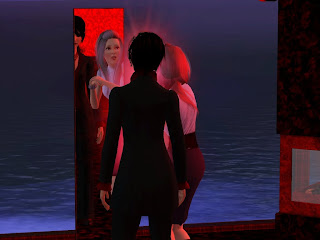 “When were you planning on telling me?” Petronia questioned Lucy. Lucy looked Petronia in the eyes “I didn’t know until I got this title. No one is suppose to know besides Aeridaius and I. It was an embarrassment on both sides that caused a lot of trouble even for those not involved. You were probably to young to remember how it was for a while all until Tolie and Aerius finally came together and worked on restoring the balance. As I said your mother was one of them, but she wasn’t just one of them. She was supposed to get married to Aerius same as your father was suppose to marry Tolie. How ever they apparently fell in love with each other and decided to ask to be released from their bonds and by that I don’t just mean their upcoming marriages, they wanted to become human. They were going to meet up at the house that you were born in hidden away from both Tolie and Aerius. 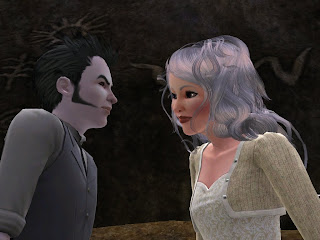 Your mother went first and Aerius let her go. I’m guessing he let her go because he wanted her to be happy and he knew before she knew that she was already pregnant. And since you were already conceived before she was turned human you inherited what your mother was. I guess it was a miracle or more like Aerius’s doing that she didn’t die in labor with you, giving birth to a half demon, half one of them. You know the rest of the story. What had happened to your father and your mother’s demise. Because she became human she was able to be as you’ve probably guess more inclined to make the decision that she did by the help of Mamuna, when she was willing to make a trade to become famous.” Lucy ended the story. 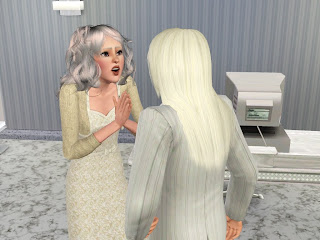 “But why do they see me as that and no one else does?” Petronia asked trying to absorb all of the information that she had just received. “Because each side in a way cancels out the other side. So someone like Fallon will only see the demon in you, while someone like Aurabella will only see that other side of you. It’s the only reason why Aeridaius allowed you to come into his town. He knew that his people would only see you as one of them and it wouldn’t upset the balance in anyway.” Lucy explained. “Why was this kept a secret from me? Why didn’t the others do anything when She had gotten a hold of my mother.” Petronia demanded “What difference does it make, you knowing or you not knowing? Would you have run away to them? What would you have done? I’ll tell you, you would have done nothing. Because deep down inside you know you are truly one of us and that is evil. They didn’t help your mother because she never asked for it. If she had then a war would have probably been fought trying to determine which side you truly belong to. Aerius would have helped her in any way had she asked for it, but she never did. I am truly sorry for all of this Petronia. As your oldest friend you know I would have told you in a heart beat but with this title I have certain responsibilities and your past upset the balance more than I think you’ll ever truly know.” Lucy looked away dejectedly “Well then, I will be taking my leave right now.” Petronia said coldly as she stood up and walked over to the elevator. “Petronia, don’t be like that. Where are you going to go?” Asked Lucy concerned “Home, I’m going home. Its been a long night this past hour and I just want to go home.” She said tiredly as she got on to the elevator and left. 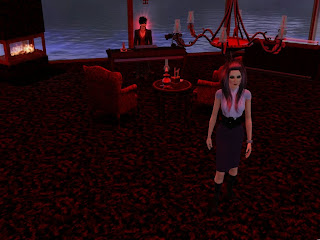 When she got home she sat down at the kitchen table with a sign. Seeing that Petronia was bothered by something Xiang came over to her and asked her what was wrong. Petronia laid out the whole story for him about her mother, leaving out only the details of her assignment. “Petronia what does this mean for you?” Xiang asked gently. Looking straight at him with a dull look in her eyes she answered “It means nothing, absolutely nothing.”

Then quickly getting up from the table, feeling the after effects from teleporting Petronia quickly rushed to the bathroom. 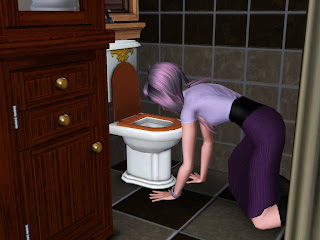