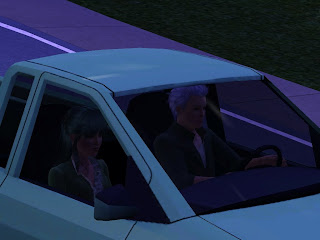 Bright fluorescent lights gave the hospital a cold and omniscient tone as we walked through the automatic sliding doors. Minte quietly inquired to the receptionist as to the whereabouts of our siblings. Looking around the main corridor it was virtually empty sans a custodian slowly mopping the floor whistling a tune that reminded me of a cartoon Glaisey and Sabayon used to get up early Saturday mornings to watch. I wondered what his life must be like, if he had lost anyone important to him like I had. “Crème, come on their in the clinic.” Minte said bringing me back to reality. It didn’t take us too long to find it. Seeing the plaque on the wall we quickened our pace but was stopped by the sounds of Spear and Glaisey laughing. 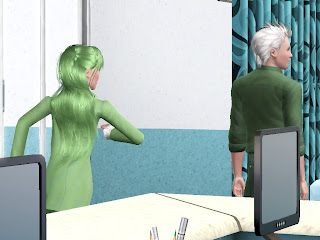 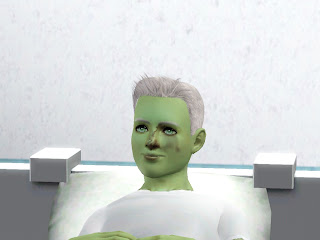 At the sound of that the muscles on Minte’s face tightened and he strode into the clinis tensely while I followed behind. Spear and Glaisey were at what best could be descrbed as lounging on their beds in hospital gowns. Besides the hospital gowns the only way you could tell that they were in any sort of car accident was by the large bruise appearing on Spears face from hitting the dashboard. They immediately stopped when they saw Minte and I. “Well, what happened?” Minte asked icily. “We just had a little bit too much of nectar and got into a bit of a fender bender but it’s alright everyone is fine.” Spear replied with his lips beginning to curl into a smile. 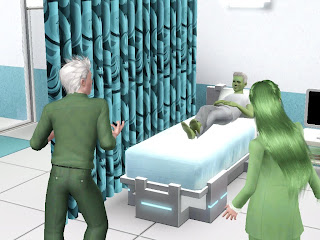 “What the fudge-ripple Spearmint? Everything is alright? Everything is not alright. What in Berry’s name were you thinking? You could have all been killed or something.” Minte said losing his temper “Minte would you just calm down everything is fine, besides it wasn’t even me that was driving.” Spearmint said defensively while Glaisey turned away refusing to meet Minte’s or my eyes. Minte spat back “I am sick and tired of the way you’ve been acting and dragging Anglaise down with you ever since well you know. Don’t you think its been hard on the rest of us? I’ve been working two jobs to keep this family afloat for the past year, while you’ve been off drinking nectar with your friends and taking Anglaise with you. I’m done after you graduate I want you out.” 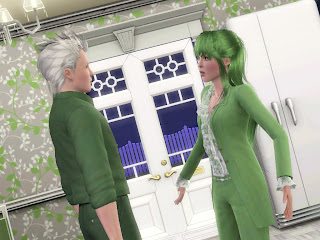 The next few weeks were spent painfully tense in our house. Minte wouldn’t even look at Spear, in his mind Spear should have stepped up the way he did and should have been more of an older brother rather than a nectar drinking buddy to Glaisey. I asked him the following day after the incident whether he was serious or not about kicking Spear out. With a sigh he confirmed that he was serious and that it needed to happen and that he couldn’t just think of what is good for Spearmint but what was good for the rest of us. And that included Spearmint finding a new place to live, which he assured me that Spearmint wouldn’t have a problem finding one since Spear had mentioned before this whole debacle about moving into a house by the beach with some friends.

When it came time for Spear’s birthday it was a quiet affair. I started to wonder when birthdays would be fun around here again. Minte had to work so it was just the four of us with a cake that I had picked up from the grocery store. A cake that contained real eggs, milk and butter which Sabayon showed her distain by making a face at it. When it came time for Spear to blow out his candles I reminded him to make a wish, what that wish might be I hoped it would come true. 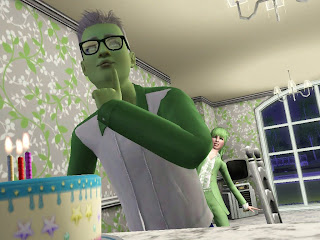 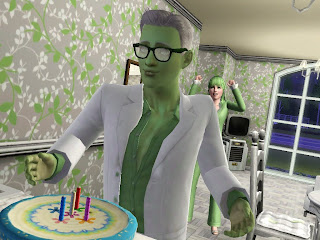 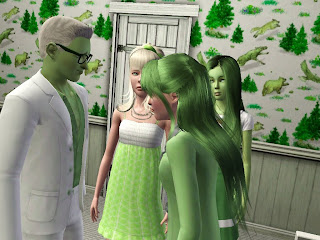 Later that night after we had cleaned up, Minte was still not home so Spear told us that he had decided to leave tonight. “It’s just that I am tired of Minte dictating my life. I mean he is my brother not Mom or Dad. And as an adult now I don’t have to listen or do what he says.” Spear explained as he was packing his clothes into one of mom’s old suitcases that she had brought with her from Sugaria after Glaisey, Sabayon and I had tried to talk him out of it. “Look I have to move out anyway so I might as well do it now. At least I’ll be able to do it on my own terms and not his.” He said as he clicking the suitcase shut and sighed at the sight of our faces “Look it was bound to happen one day. We can’t all always live here together, besides I’ll still be living in Sweet Valley since I’m on the Sweet Valley Jammers.” Spear tried to assure us before he left. 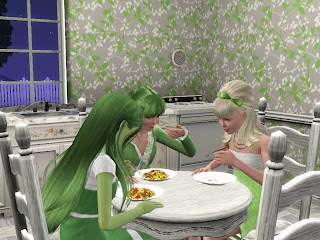 After Spear had left I tried to get Glaisey thinking about some sort of goals in life beyond cheerleading and Banana Foster. Eventually it would be our turn to graduate and I didn’t want her to be without any sort of plan. So one night when we were eating dinner I asked her “Hey Glaisey, what do you want to be when you grow up?” Glaisey rolled her green eyes at me before replying. “I want to marry a rich old man, that’ll kick the bucket soon after our wedding.” She stated in what I hoped was a sarcastic way. “No seriously what do you want to do.” I pressed on. “I want to be like Delmonica Salisbury.” She said with out blinking an eye. Delmonica Salisbury was a famous News Journalist for Sweetland National News, she was among the first female newscasters in Sweetland and quite a legend in the industry. “More like Action Five’s Weather Girl.” Sabayon said giggling. 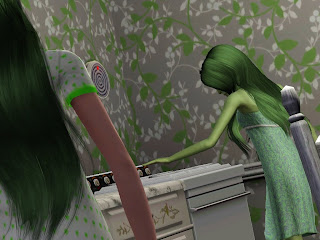 Glaisey’s dream might have been a far fetched one but at least it was one that had a steady income involved. Sabayon just about refused to do anything besides painting and the occasional protesting. Sometimes she would worry me though as I have woken up on quite a few occasions to her checking not only the stove but every single lock in the house at 3 am. Berry forbid if one or Glaisey when they were fight, should move her paints as she would spend the next 15 minutes or so adjusting it, moving it a millimeter to the left or right until she felt it was properly back in place.
The school year had ended for all of us and summer was just beginning. I had enough credits in Health Science to be able to apply for an entry level job at the hospital but I still had to wait for my graduation to come around. I could hardly wait, one day I wanted to be known as Dr Crème Meringue Renowned Surgeon. A little over a year ago I had dreams of politics but after a turn of events that affected my family I decided that I wanted to not only help people but save them too. 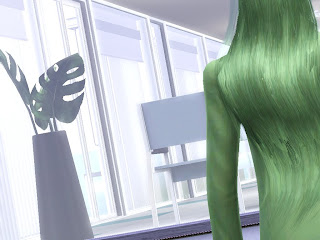 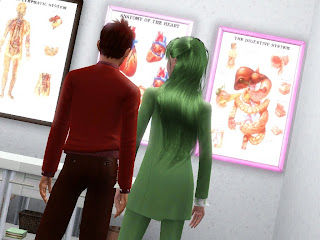 With my new found time due to summer vacation Apple and I were what I guess you could call dating now. He no longer ran away when I kissed him but he still would blush an amusing shade of red when I would give him random pecks. Our dating styles were not that of the typical Sweet Valley teens. You couldn’t find us doing dining at the diner with burgers and milk shakes then going to a movie afterwards. One of my favorite dates that Apple took me on was to Sweet City’s Medical Museum, which I know sounds odd but Apple knew how much the medical field interested me and knew I would be utterly amazed by the progress of medicine. Afterwards we came back to Sweet Valley and spent the rest of the night lying on a thick blanket in Skittle Park looking at the stars.
~If anyone is curious as to where I got the idea for Creme's favorite date to be going to the Medical Musuem, it is from my own trips to the Mutter Musuem in Philadelphia. Which I highly recommend to anyone who reads this and is not at all very squimish that is traveling to Philadelphia.~
Posted by cupcake at 1:27 AM