“It will be alright Taffers; if you want I can get Pecan to help find you a date.” Ocean said in attempts to comfort me. “I don’t want another date, I wanted him. I want Roq, I want him to feel the same way I do about him.” I said stubbornly as I climbed into bed. “Well it’s only one dance it’s not like they are dating or anything. Who knows maybe he will have a terrible time and never want to see her again.” Ocean tried to suggest as she pulled her blankets close up to her. The last thought on my mind before I drifted off to sleep was that I hoped she was right. 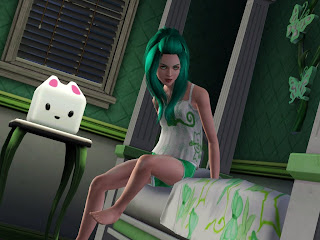 A few weeks past and before I knew it, it was time for the homecoming dance. Ocean had arranged for me to go with Pecan’s friend Pâté à Choux, a foreign exchange student that was from Chambéry. I guess it was better than going by myself and seeing Roq there with Lemoney. 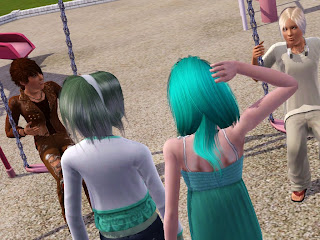 My mom decided to take Ocean and me into town to get our hair and makeup done at a new salon. I have to admit that they did a great job on Ocean however I was unsure of my homecoming up do and makeup. Staring back at me in the mirror was a reflection of a girl wearing a look of disappointment. “Cheer up Taffy, you look like your about to walk to your execution instead of going to your Homecoming Dance.” My mother said exasperated. After that we were on our way to pick up our dresses. 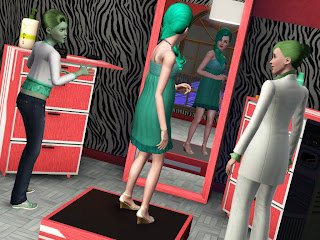 Punchette hung out in our room watching us wistfully, as we did some finishing touches. “You can’t admit that you might be a little excited Taffy?” Ocean said as she posed in front of the mirror. “How could I be excited to see the guy I like with another girl at a dance that he should be going with me, but instead I am going with some weird foreign exchange student who I can barely understand.” I said feeling defeated. 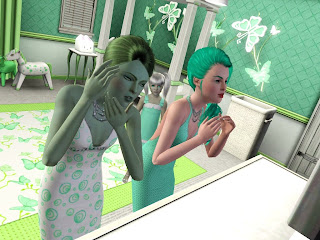 “Choux is not weird, eccentric maybe but not weird. OMB it’s like the pot calling the kettle black here Taffy. And for your information maybe you could understand him better if you paid more attention to what he was saying instead of mooning over Roq.” Ocean snapped back clearly beginning to feel annoyed. “You like Roq?” Punchette exclaimed before with out missing beat as she launched into that age old song. “Taffy and Roq sitting in a tree NOT K-I-S-S-I-N-G…” I scowled at her. Even since her last birthday Punchette had turned into this annoying little sister. “Punchette!! Get out of our room NOW!” I said getting angry. “Mooommm, Daaaddd Taffy is being mean to me.” Punchette yelled to our parents as she skipped from our room into the kitchen when the doorbell rang. “Girls your dates are here!” Our mother called to us as dad got the door. 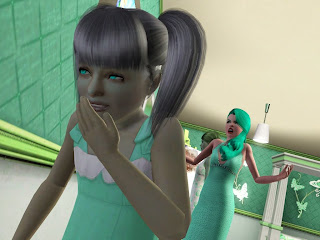 They wouldn’t let us go with out taking a few pictures. Ocean and Pecan looked happy to be together. 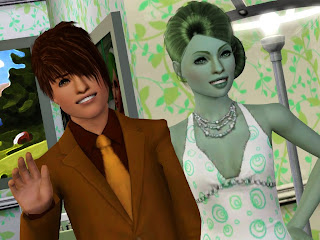 While Choux and I looked a bit more awkward together. 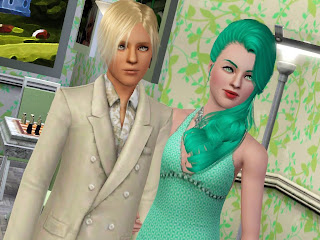 And not to mention the mandatory group shot. 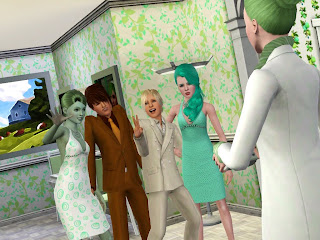 When we got to the school I was surprised how the school gym had been decorated beautifully. Already there were couples dancing together on the dance floor. I spotted a familiar aqua haired head closely paired unfortunately with a golden haired one. As much as I hated to admit it Lemoney did look especially beautiful tonight. 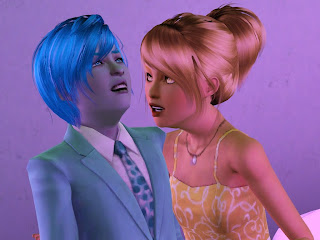 “Salt! Choux, over here.” Roq called waving us over to the table they were at as he spotted me. As we made our way over to them Lemoney leaned in close again to Roq saying something that made him laugh. Uncertainly I asked “Hey guys, how are you enjoying the dance so far?” 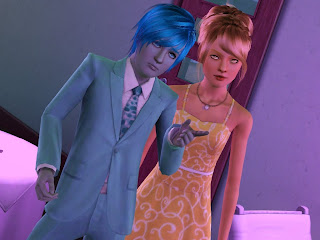 “It’s great, umm really great.” Roq said answering for the both of them as Lemoney smiled and put her arm around him as she began to pull him towards the dance floor. “Hey how about we hit the dance floor and I’ll show you some moves if you promise not to step on my feet.” Lemoney then suggested to Roq. Choux and I watched them then depart to the dance floor. “Vould you like someting to drink cherie?” Choux asked me as he pulled out the chair for me. 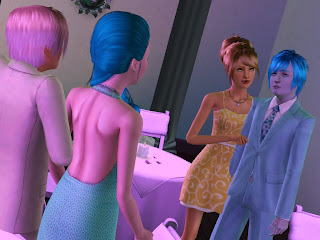 “No, not right now Choux. Thanks though.” I said trying to offer up a smile as I sat down. “Zeet will be alright Taffee. One day he’ll see.” Choux said as he took his seat next to me. “Don’t tell me you know too.” I said and with a simple nod Choux confirmed that he did. Why doesn’t he then? I thought as I watched them dance together on the dance floor. 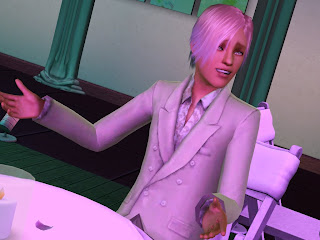 Then the DJ started to transition the music into a slower song and the couples on the dance floor began to pull each other closer. “Do you wvant to dance Taffee?” Choux asked. “Not really.” I admitted “Bon, neither did I.” He said as he began to laugh and for a moment I couldn’t help but crack a smile too. 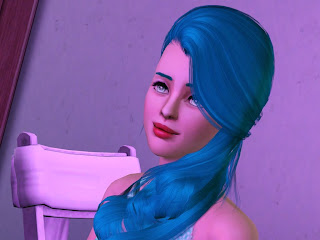 Until I looked back on the dance floor, just in time to see Lemoney lean in to kiss Roq. As I watched her kiss him I felt like I had something ripped away from me even though I had actually never possessed it. “Choux I have to go,I just can’t be here right now.” I said quickly standing up and almost knocking my chair over. “Zeet’s alright I see the zweet BB looking a bit lonely over there zince her date is hanging out with his friends.” Choux said assuring me. 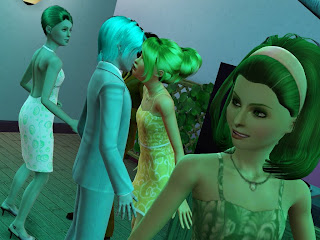 As I pushed open the school doors I felt the night’s cool breeze on my face making my tears seem colder than what they were. I was glad that Choux wanted to stay behind at the dance. Although his reasoning did slightly surprise me, him liking BB and all I guess I wasn’t the only one with the unattainable crush. 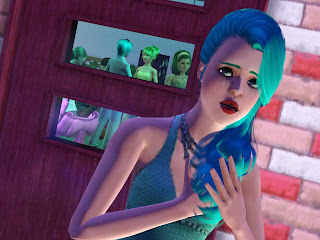