“Punchette, what are you thinking going with Sunglow Chiffon? Haven’t you heard the rumors about him? Not to mention that he will be graduating with Ocean and me soon. Plus doesn’t he still have a girlfriend that lives back where he is from?” I confronted her in her room one day after school after witnessing another one of their public makeout sessions. 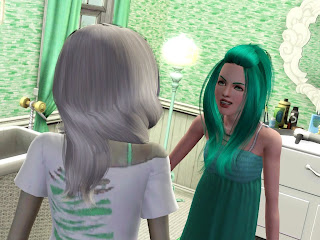 “Taffy you’re just no fun. Yes I’ve heard the “rumors” about him and no I don’t really care about the rumors. Second, who cares if he is going to be an adult soon, anyway mom and dad are a couple of years apart. Third so what if he has one… Still… It won’t be much longer till she is out of the picture anyway. Besides he has been too busy with me anyway to officially have broken up with her.” Punchette said defensively as her face darkened with anger. It appeared that I had hit a nerve and that nerve was the fact that Sunglow was still technically with his girlfriend that he had before he came to our town. 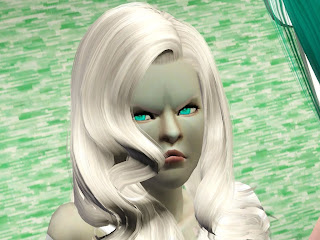 I couldn’t help that I wasn’t able to hold back my laughter “Mom and Dad? You think that you’ll end up in a nice little house somewhere with little Punchies and little Sunny’s pitter pattering around?” I asked between laughing. “Taffy get out of my room!” Punchette screamed before shoving me out the door, then slamming it behind me accompanying by the clicking of her locking the door. 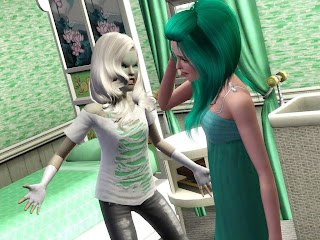 I however wasn’t laughing for long when my parents or rather my father brought home not a car but a motorcycle for Punchette. It was a vintage bike that my grandparents had bought my father when he was a teen after they had moved to Black Tea Hollows. It arrived shortly after the sun went down and the stars came out, shipped straight from my grandparent’s garage. I can’t say that my mother was happy about this being the head trauma surgeon at the hospital; she had seen her share of vehicle accident related injuries. 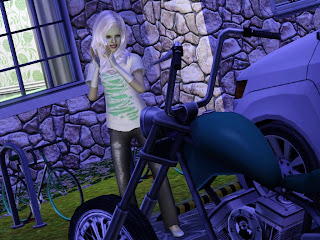 “Barcardi Zombie Punch what were you thinking? Giving our youngest daughter a motorcycle?” She said in an ominous tone. “Crème it will be fine. I rode it everyday when I was a teen and never once did I get into an accident. It’s not like I am going to hand her the keys right now to unskilled driver. She is going to have to take classes, wear a helmet and other proper gear to be able to ride this thing, and follow other safety procautions.” My father countered back. 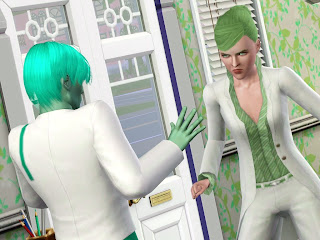 And after a few days of my parents arguing and then a few more days of them giving each other the silent treatment a decision was reached and Punchette once again would get her way, but it would be under the strictest rules that my mother had set in stone. Any deviation from them and she would immediately lose the bike. 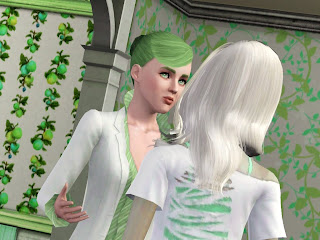 Though we might have our little spats, I’ve always admired Punchette’s determination to do and get what she wanted. If there was anything out there that she desired she would find a way to make it happen. One day the almost the whole student body population had gotten a good show of that after school. Punchette was hanging with her usual crowd of Lemoney, Sunny and Pecan’s twin Choco. Unusually BB was absent from their little group. 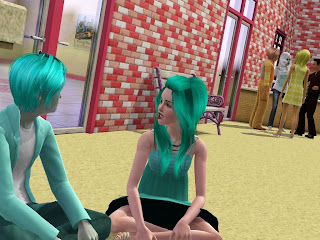 “So Sunny how’s umm what’s her name? You know your girlfriend? How is she doing?” Lemoney asked so innocently that anyone that didn’t know her would honestly think that she was genuinely concerned. Even from the distance I was from them I could see Punchette stiffen at the mention of her. “I don’t know I haven’t talked to her in a while.” Sunny answered with a quick glance at Punchette. “You are still technically with her?” Punchette asked icily and Sunglow nodded. 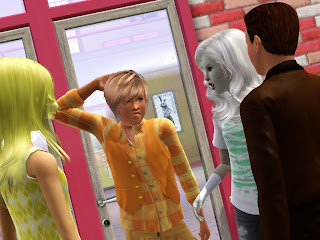 “Fine.” Punchette said in a sweet voice as she turned to Choco and planted a big kiss on his lips. When she broke away from him she turned back to Sunglow “Meet my new boyfriend Choco, Choco meet Sunglow my nothing.” She said with a smug smile as she reveled in the attention from everyone in the courtyard gawking at their group. 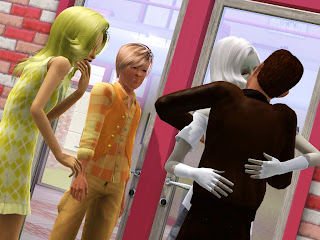 It was no surprise that later on that evening we got a visit from Sunglow. As soon as he crossed our threshold he said “It’s done Punchette. It is completely over between her and me. It has been for a while since I left there; I haven’t seen or talked to her. But now it’s done officially. I… I want to be with you and only you.” 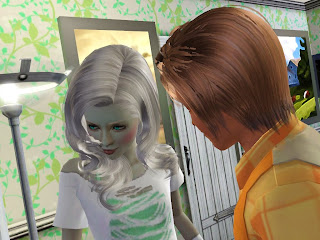 Punchette blushed as her whole demeanor softened and changed showing a side of her that not many people outside of our family ever saw of her “Oh my Glowworm I only want to be with you and only you too. Can we please just start over? I didn’t want to kiss Choco you know. I just wanted you to feel the way I did, to know that someone else could still have your heart... I like you Sunglow; I mean I really like you a lot.” She admitted while looking nevously at the ground before he gently turned her face toward him“Starfruit I really like you a lot too.” He said huskily to her as his cheeks turning an equally deep shade of red, before he took her in his arms. 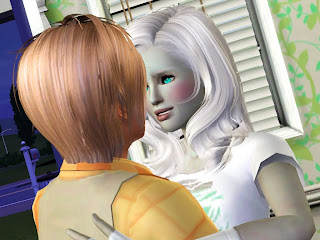 I think Choux plan to make BB jealous was actually working too because I noticed that she started to go out of her way to “fill me in” on Lemoney and Roq’s relationship. Honestly I doubted most of the things that she told me until one day after school Roq and I were hanging out on the beach a couple of weeks before graduation. “What do you mean after graduation you’re going to be marrying Lemoney and move back to the city?” I asked raising my voice to an unusual level. 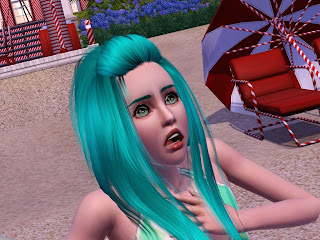