As the time past I never really forgot Blue. In fact in meeting Blue it had lit something with in me, though I didn’t quite understand it yet I knew one day I wanted to have it. Secretly I would watch my older brother and his girlfriend Scarlett Grayson hang out together by our pond from my room, hoping that one day when I was older I would have someone too. 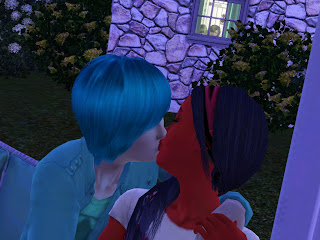 I don’t know how thrilled Grandma was with Azure dating already, even though she thought that Scarlett was such a lovely girl and would invite her to eat dinner over our house often. 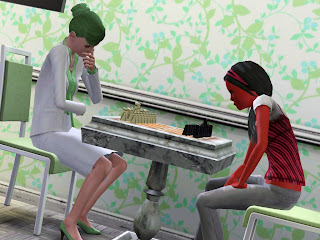 Aquatini on the other hand preferred to keep her boyfriend as far away from home as possible. The only reason why we found out about him one day when they were caught as grandma put it “necking” behind the school by the principle one day during school hours. 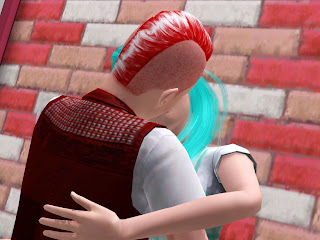 Boy, Grandma was really mad when she got that phone call and Aquatini was unhappy with the grounding and extra chores she received. It didn’t make matters any better when she found out it was the grandson of her best friend Fraise Romanoff as Bombay and I watched with wide eyes as Grandma laid down the law and doled out her punishment. 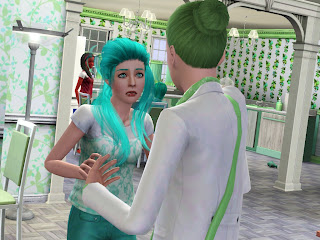 Bombay and I had always managed to keep ourselves out of trouble as we seemed to live in our backyard, playing in the little playground or on the really hot days taking a dip in the pool. Each weekend we would wake up in anticipation of playing out there for the full day. Until one morning I awoke to a strange noise that was coming from outside. 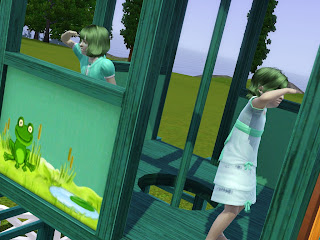 Bombay was already awake and dressed as she stood at our window watching whatever was making that noise. “What is that?” I asked as I stretched and got out of bed. Rubbing my eyes I walked over to the window to look out too. “It’s rain.” She replied with out even looking at me. I opened my eyes wide in disbelief “Really?” I squealed. The drops of rain that I saw falling to the ground confirmed it. 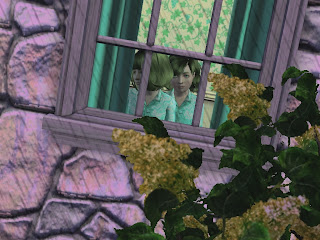 Our town was known for its heat and humidity but even with all of that humidity it rarely rained here. So whenever it did rain it seemed like the whole town stopped. Our bedroom door opened and it was Grandpa “Girls, your friend Peppa isn’t going to make it today since as you can see it is raining.” He said as we heard the timer for the oven go off. As Grandpa went to get breakfast out of the oven, I turned to Bombay. “So what do you want to do?” I asked hoping that she would have something in mind that we could do on a rainy day. 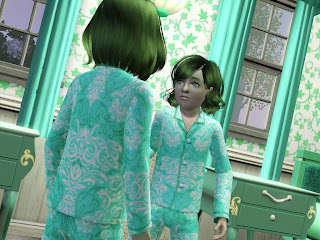 After exhausting all of our possibilities inside Grandma sent us outside when we had made a gluey and glittery mess of the kitchen table after lunch. Jumping from puddle to puddle we went splashing in our boots and raincoats, our umbrellas were laid forgotten in a moment on the ground. 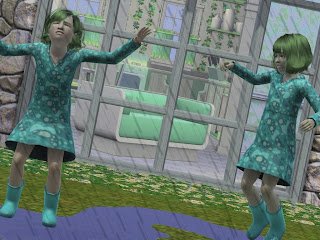 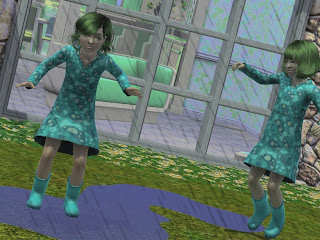 We didn’t come until the streetlights came on, much to our Granparents displeasure of us insisting that we’d eat our snack outside. Azure and Scarlett had just come back from the movie that they had gone to earlier. Thick of mud, rain and shivering we were sent straightaway to take hot showers before Grandma would even let us sit at the table with the rest of the family. 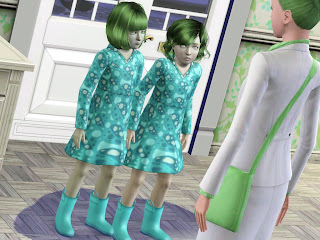 As we were sitting down for dinner Bombay and I chatted about our day playing in the rain and what we could do tomorrow if it rained again when Grandma remarked “Enjoy it while you can girls.” We both looked up from our dinner and asked at the same time “Enjoy what Grandma?” With a sigh she replied “Being young and able to have days that you spend playing in puddles. Before you know it you’ll be growing up.” 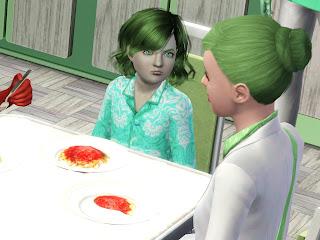 And she was right because before we knew it, it was time for our last birthday before we would go to the High School with Azure and Aquatini. The day of our party we were both feeling a bit reluctant. “What’s the matter with you two?” Azure asked after noticing how Bombay and I had been dragging our feet all day. “We don’t want to grow up one bit at all.” I said as Bombay echoed “Not one bit at all. We won’t get to do anything fun anymore.”

“What are the two of you talking about? You can still have fun.” Azure’s girlfriend Scarlett said joining in on our conversation. “Scarlett is right. Look at us we still have a lot of fun.” Azure said agreeing with her. Bombay and I looked at each other in disbelief “You promise?” I asked hesitantly which made Azure and Scarlett laugh. “Of course we promise Squirts.” He said as Scarlett continued to giggle. 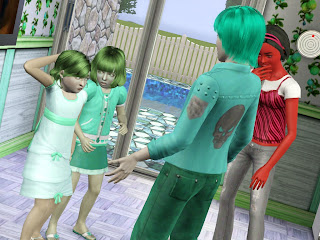 So with a little leftover reluctance left, Bombay and I took our turns blowing out our candles. Bombay went first as she thought of a wish to make. 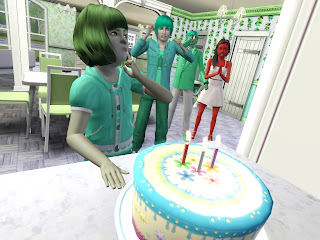 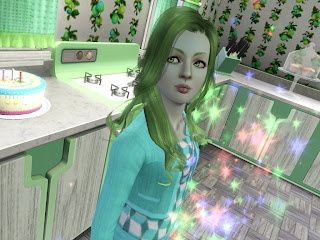 And then I went next 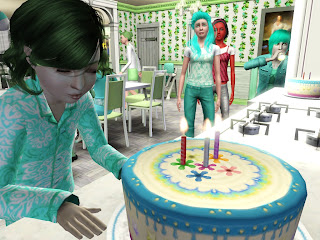 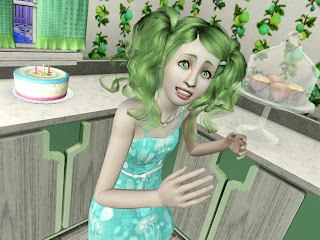 Not to bad me and my twinnie. 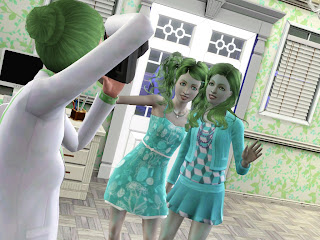